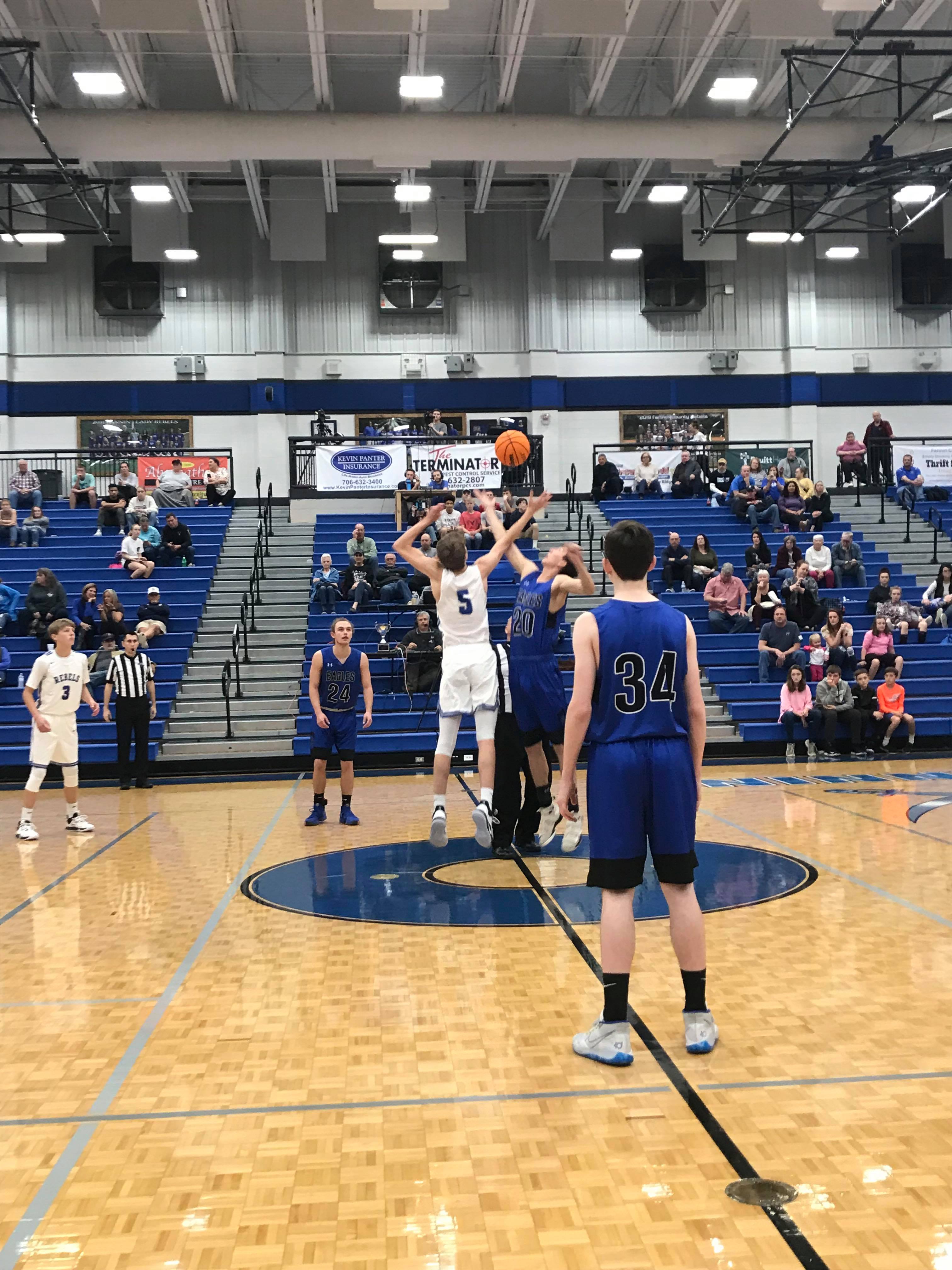 For their first game in the Thanksgiving Tournament on Saturday night, the Fannin Rebels took on the Hiwassee Dam Eagles. The Rebels had just come from a big 40-35 win against the Southeast Whitfield Raiders and looked to continue the trend against the Eagles. 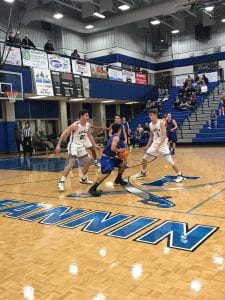 Sophomore, Landon Norton, was the first to make something happen as he got his hands on the ball and made an assist to Kaeden Twiggs to score the first layup of the night and give Fannin a 2-0 lead. The Eagles quickly tied up the game as they pulled up for a shot to make the score 2-2. Twiggs was all over it as he had a shot downlow to give the Rebels a 6-2 lead that they would keep extending over the Eagles. Twiggs had a great night on offense as he contributed fourteen points to Fannin’s score for the night. As Fannin kept finding open shots, they closed out the first quarter with an 18-7 lead over Hiwassee Dam.

The return of Fannin’s football players proved to be a huge help in the tournament game. Cohutta Hyde showed off his amazing ball handling skills as he led the Rebel’s in scoring for the night with 21 points. Jalen Ingram proved to be an asset on the block as he earned steals and added 9 points to the Rebel’s score, one basket being from a slam dunk! Senior, Miles Johnson, also made himself known in his first game back as he had moves on the block and added four points to Fannin’s score. As the Eagles kept trying to catch up, Fannin kept extending their lead and went into halftime with a score of 37-10.

Hiwassee Dam came out ready to play in the second half. They started to work harder to get to the basket and score points. Brady Martin applied pressure to the Eagles defense as he earned steals downlow and even contributed 2 points to the Rebel’s score to extend their lead. Jerritt Holloway had grit on defense as he drew fouls. Holloway was 100% on his free throws for the night, just like he was Fannin’s last game, as he made all four of his shots against the Eagles. An assist from Jalen Ingram to Kaeden Twiggs for a layup put Fannin ahead 56-31 to end the third quarter. 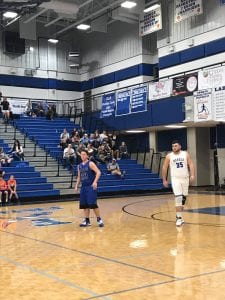 The Eagles found a new fire in them as they applied heavy defensive pressure to Fannin and made them work to get to the basket. Hiwassee outscored the Rebels in the fourth quarter as they earned 10 points while Fannin only had 6. Starting point guard, Jordan Bennett, had a great game with good looks on offense as he provided many assists, and also drew a foul to earn a foul shot for Fannin. Bennett was the one to close out the game with a made layup to put the final score at 62-41 with Fannin claiming their third victory in a row!

Fannin’s win puts their overall record at 3-0! Can they keep the streak going? Find out tonight as they take on Pickens County at 7:30 for the second day of the Thanksgiving Tournament being held at Fannin County High School!