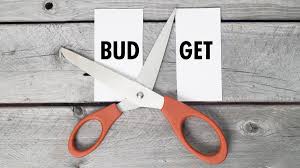 These hearings served as the opening discussion between the commissioners and government departments for the coming fiscal year. The 2020 budget will be approved during the Dec. 1 Board of Commissioners Meeting.

Board of Tax Assessors

Opening with the Board of Tax Assessors, Chief Appraiser Dawn Cochran discussed the desired increases to salaries and uniforms. The department seeks an $18,795 or 9.5 percent increase to salaries due to continued education and certifications for employees. Additionally, some have reached eligibility for retirement according to ACCG standards.

Chairman Stan Helton commented, “The salary increase represents a four and a half percent increase from last year. It has to be agreed on by the board, but over the last few years, we try to hold salary increases at a standard of two percent.”

Promotions and additional workload were cited as the reasoning behind the four and a half percent projected salary increases. The department downsized from 15 to 11 employees and those employees are doing more work.

Helton stated that the previous payroll numbers would be adequate to cover the salary increases since the department has downsized.

Tax assessors also have seven vehicles and some only have 11 miles on them.

The county is looking to move vehicles that aren’t being used as much to other departments in need of new vehicles to save money.

“It’s necessary, but it’s a lot of money,” commented Post One Glenn Patterson, “We were starting at four to six and now, we’ve gone to 12. What is your rationale?” 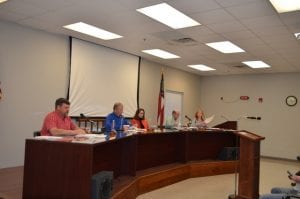 Commissioners will review the proposed budgets for the following month before making the final decision for the 2020 fiscal year.

Thomas said that after reviewing all the duties of day-to-day operations and community outreach, just two firefighters would be heavily tasked out during every shift. By hiring more firefighters, the county could adequately perform all associated firefighter duties, including EMS firefighters and general firefighters.

12 firefighters would allow Thomas to have someone in every station on every shift, but six firefighters with two per shift would operate out of the main station.

Additionally, 10 sets of new turnout gear for the fire department. 911 is taking over Fire, EMA, and EMS phone bills. Postage will now be paid by EMS. Volunteer firefighters would be adjusted down under this plan as well due to the hiring of new full-time firefighters.

“We discussed initially to have one shift constantly manned out of Station One, and I thought that is a good way to go and I still think it is a good way to go,” said Helton, “I feel like the route to go is to take that first step to improve services.”

With the 2020 election approaching, the Board of Elections has several changes that need to be implemented with all new machines that print paper ballots, more poll workers, postage increases, and the need to have one person spending the night at voting precincts. This amounted to a total of $330,086.

Voters will have an opportunity to walk through the new voting process and poll workers will help them on Election Day.

Sheriff Dane Kirby presented at $239,000 in salaries for sheriff’s office and $158,000 for the detention center. This is an approximately 18 percent increase from last year. Kirby has no plans to hire any additional officers for the coming year with 35 current deputies.

Commissioners balked at this request since they raised deputy salaries by 16 percent three years ago.

“What does the county get by giving 18 percent in salaries per year?” asked Helton.

Currently, according to Kirby, the surrounding counties have increased their pay rates, which is making it difficult to keep people on staff or find quality potential employees.

“We want to keep good people who have a good, genuine, sincere interest. They care about the community. They spend the time that they need to on their calls and fill out their reports the right way” stated Kirby.

Helton stated that these same reasons were presented when commissioners granted the 16 percent salary increase three years ago.

“We were losing people like flies,” commented Kirby when asked about the necessity of the previous increase. Now the issue has come back around due to Atlanta starting salaries at $60,000 for deputies, which is resulting in sheriff’s offices from across the state to raise wages.

“I’m not averse to taking a hard look to see what we can do, but I’ve got to be honest, if we paid your department in this short of time, an increase of 52 percent, I think the effort has been made by the taxpayers,” said Helton, “This is a very hard pill to swallow.”

Additionally, the drug task force comprised of Fannin, Pickens, and Gilmer disbanded, and Fannin is joining with the GBI for a drug task force employee and the GBI lab facilities.

Fannin county will no longer have to pay $45,000 into the disbanded drug task force, which was partially grant-funded. However, the GBI partnership will be around $42,000 a year to pay for the drug agent, and if Fannin qualifies for the grant from the GBI, the organization will reimburse Fannin 50%.

After the initial hearings, Fannin Commissioners will review each department’s proposed budget and discuss approval, disapproval, and potential cuts to each one.