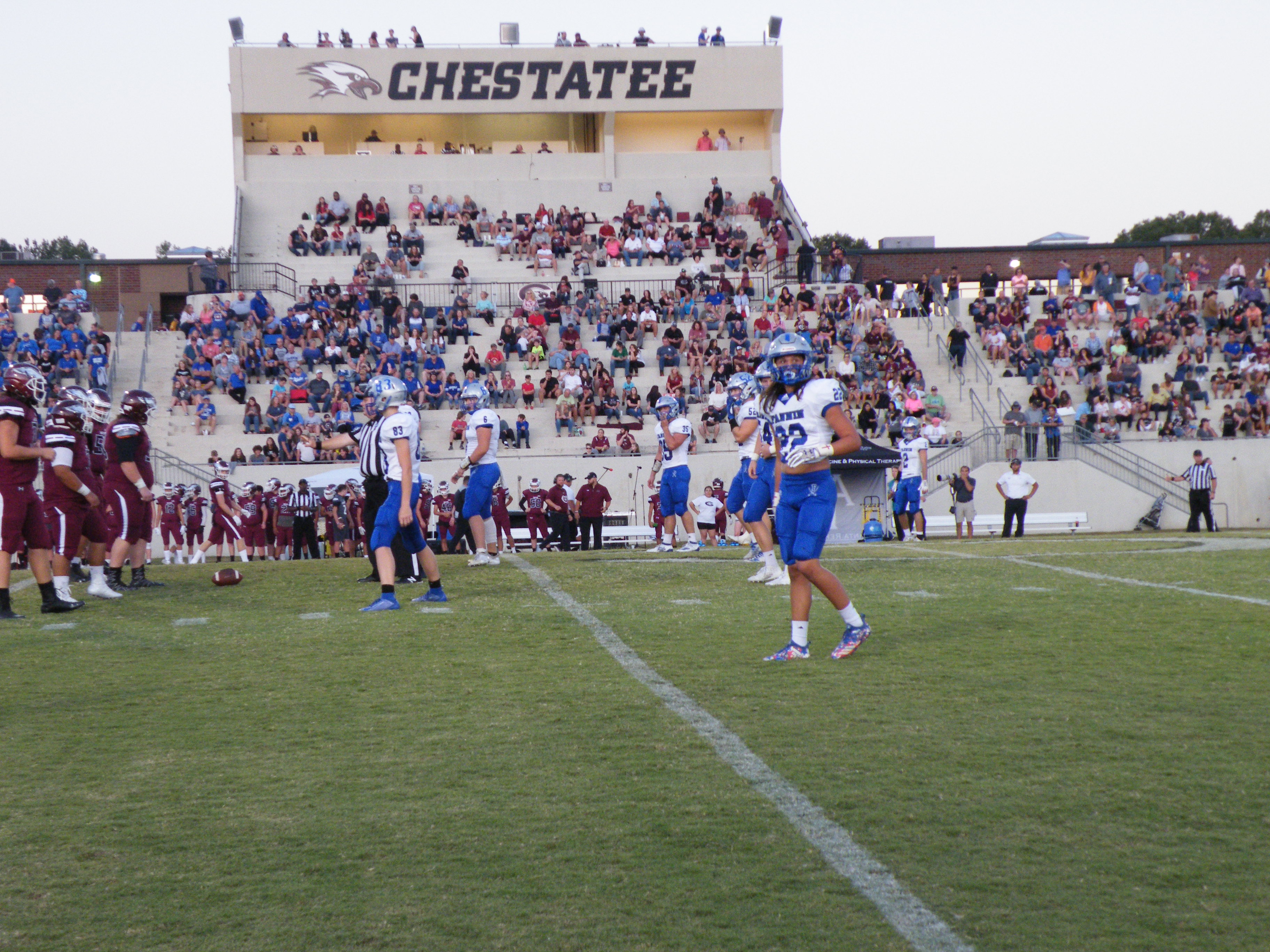 Last night the Fannin County Rebel Football team traveled to Chestatee High School to take on the War Eagles for their homecoming game. Fannin had come from a tough loss to Union County the Friday before and looked to redeem themselves. 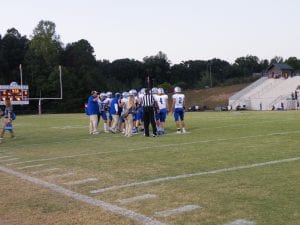 Alex White kicked off for the Rebels as the War Eagles received the ball. Dalton Ross made a big play as he took down the quarterback behind the line of scrimmage.

Fannin fought to hold the War Eagles on defense as they kept them from scoring. Treylyn Owensby and Will Mosely were the go-to guys on offense as they were given handoffs and gained yards for Fannin.

After Chestatee also played solid defense and earned their fourth down, it was the Rebels’ turn. Micah O’Neal broke the line as he sacked the quarterback and pushed Chestatee back a couple yards. When the War Eagles punted, it went to mid field and put Fannin at 1st & 10.

Luke Holloway was at the position of quarterback for Fannin where he ran the ball well for the night. As Fannin made their way down the field, Holloway threw an interception at the 26 yard line. Fannin’s defense was able to recover as they kept any touchdowns from being scored.

Caleb Postell was handed the ball for the Rebels where he pushed through the defense to gain yards. Treylyn Owensby got things started for the Rebels as he ran the ball for Fannin’s first touchdown of the night. Sara Sosebee took the field to kick for the extra point, but it was blocked by a War Eagle, putting Fannin ahead 6-0.

After White’s kick off, Chestatee received the ball at the 14 and ran it all the way to the 49 yard line. Chestatee quickly answered Fannin’s call as they had a long run up the sideline to to score. Their kick for an extra point was good, putting them ahead 7-6. After both teams scored, it was a back and forth game.

Holloway gained yards for Fannin and put them in good scoring position for him to throw a long pass to Cohutta Hyde for another Fannin touchdown. Instead of kicking for an extra point, Fannin went for a two point conversion where it was successful with a pass to Seth Reece.

The Rebels got their lead back with a score of 14-7 just for Chestatee to move up the field and make a pass to the corner of the end zone to tie up the game with a field goal. It took no time for Fannin to respond as Owensby had a long run for another Fannin touchdown. Sosebee’s kick for an extra point was good, giving Fannin a 21-14 lead.

White had a squib kick for the kickoff in hopes of a Fannin recovery. Jakob Tuggle had a big play on defense where he sacked the quarterback for a fourth down. As the clock ran out, Fannin was able to keep their 21-14 lead over the War Eagles to end the second quarter. 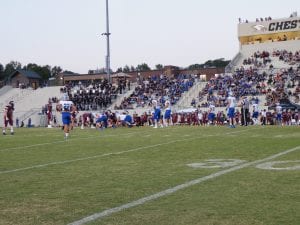 Chestatee seemed to tighten up their defense to start the second half. After several hand offs to Mosley to gain yards, there was a bad snap that pushed Fannin back to the 23 yard line and resulted in a Chestatee first down. The War Eagles were determined to catch back up to Fannin as they threw the ball in the end zone and kicked for an extra point to tie up the game 21-21.

Although the Rebels had great carries, the War Eagles were able to keep them away from their end zone. To end the third quarter, Chestatee threw the ball for another touchdown. However when they attempted for an extra point, it was no good, putting the War Eagles ahead 27-21.

Fannin found their fire to start off the fourth quarter. Holloway had QB sneaks to gain yards for the Rebels where he also handed off to Tuggle. As they got closer to the end zone, Holloway ran the ball in for a Fannin touchdown. Fannin failed at an attempt of an extra point due to a bad snap, tying up the game 27-27.

With 2:50 left in the last quarter, Holloway threw an interception. Fannin’s defense worked hard as Tuggle was able to earn another quarterback sack. Instead of trying to make it to their end zone, Chestatee kicked a field goal for an extra three points, giving them a 30-27 lead.

With 2:00 left in the game, Luke Holloway threw a long pass to Cohutta Hyde for him to outrun the defense and score a huge touchdown for Fannin, giving them a 34-30 lead. Fannin’s defense refused to give up while Chestatee’s offense worked hard to get in good scoring position. With one minute left, Chestatee threw a long pass to a War Eagle in the end zone for Andre Bivens to intercept it. As the fourth quarter came to a close, Fannin had possession of the ball and took a knee for the clock to wind down on their 34-30 victory. 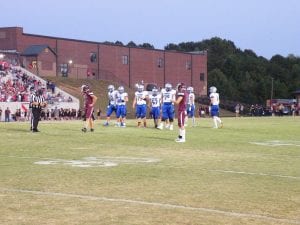 Fannin’s big win puts their overall record at 3-1. Catch the Rebel’s next game on October 4th as they travel to take on Cherokee Bluff @ 7:30 p.m.!