BLUE RIDGE, GA – Despite other reports, the Blue Ridge City Council stated Tuesday, September 10 at the regularly scheduled meeting, that residential taxes within the city would not be going up as a whole.

“The millage rate is staying the same,” Mayor Donna Whitener said during the first of two required public hearings to discuss the rate.

No citizens spoke during the public hearing.

“Basically what’s happened is we’ve got properties that have been developed out that are no longer raw land (…) the property values have increased on (certain) properties, not necessarily the residential homes, unless you have improvements on those homes. (…) You should really see a tax increase unless you’ve taken something and developed it out. I think that was some of the confusion that a lot of folks had,” Whitener said.

While the net taxes the city collects are increasing by 22.43 percent, that is due to the increase in taxes paid on certain properties that have been developed since the millage rate was set last year, not due to an overall levied tax increase.

“The millage rate is remaining the same. The property tax digest as a whole has increased. Therefore, because, as a whole, on our entire digest we will be collecting more in tax revenue, then we have to notify the public of a tax increase since we will be collecting more overall. But if there was not a change in the value of the property, the millage rate is the same as last year, so there will be no change in the tax bill,” Stewart said.

Also during the meeting, the council held the first public hearing concerning the fiscal year 2020 budget,

Due to the increase in collected property tax, the budget includes a 5 percent increase in pay for city employees, but Whitener pointed out that the increase would be allocated differently across the board.

“That doesn’t mean that every employee will be receiving a 5 percent pay increase,” Whitener said. 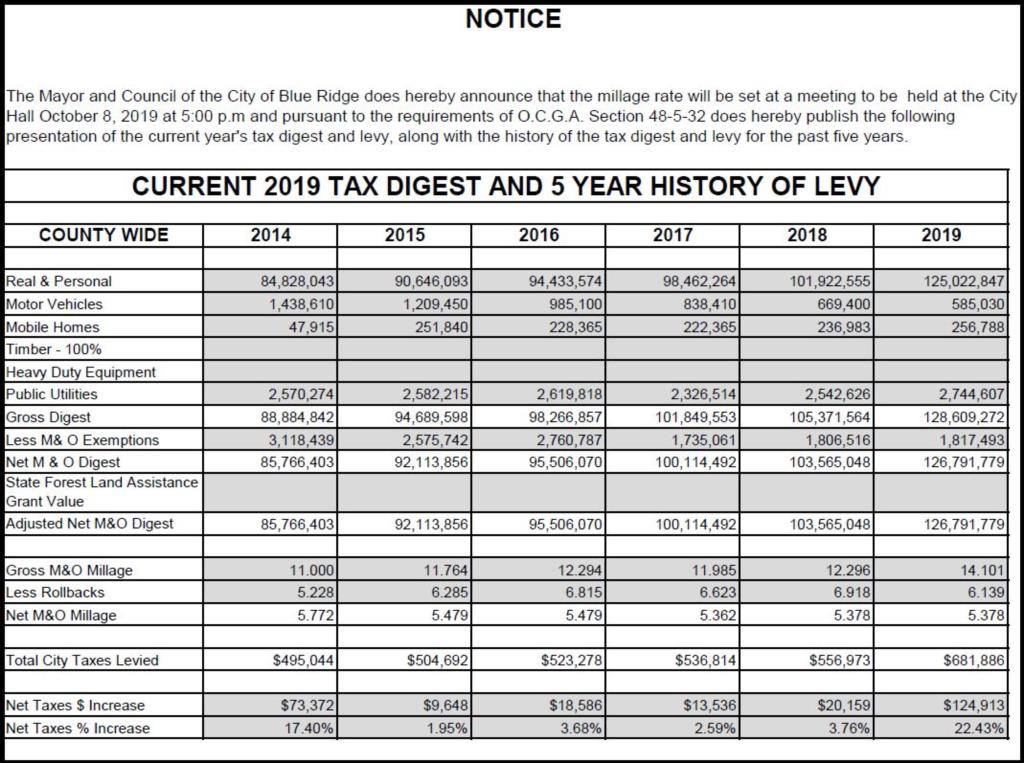