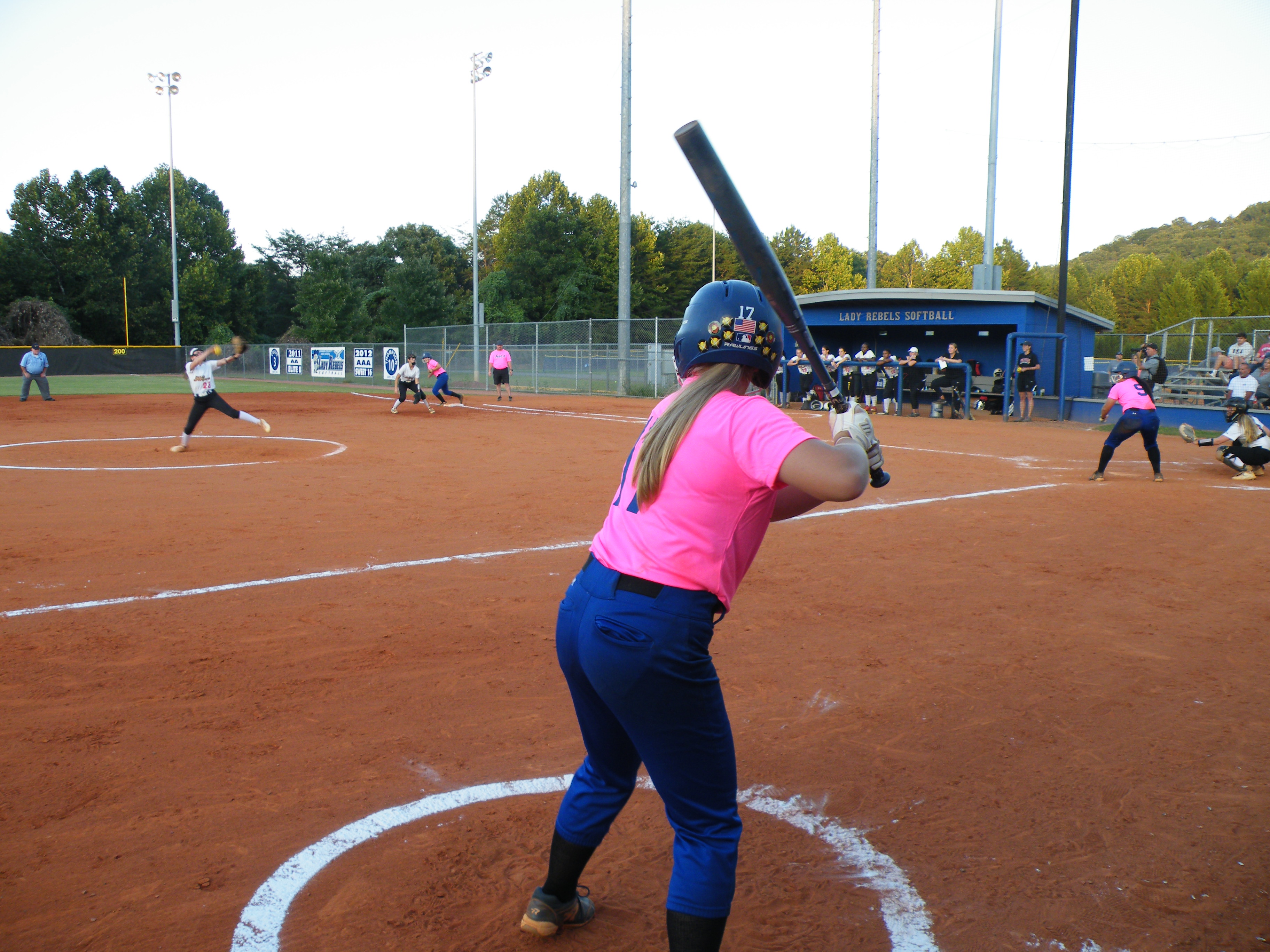 Tonight, the Greater Atlanta Christain Softball team traveled to take on the Fannin County Lady Rebels for their pink out game. The Rebels had just come from a 18-0 victory over Johnson the day before and hoped to continue the trend. 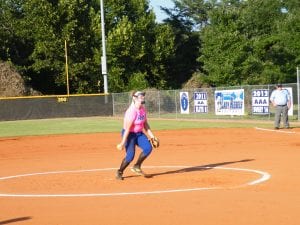 Freshman, Josilyn Newton, started off the game pitching for the Rebels where she struck out two batters overall. The Lady Spartans had no problem putting the ball into action as they got on base and put four runs on the board before Fannin could earn their third out. GAC kept up the energy on defense where they had a perfect three up and three down outs, closing the first inning with a 4-0 lead.

As the Spartans kept hitting the ball in all of the right places, Fannin began to make errors. After GAC scored one more run, Newton was able to get the Rebels out of the inning as she caught a pop fly for the third out. Eryn Mealer got things started on offense for Fannin as she hit a ground ball up the middle and found herself safe on first. Mealer was aggressive on the bases as she stole second, just for GAC to earn their third out to end the inning with a 5-0 lead. 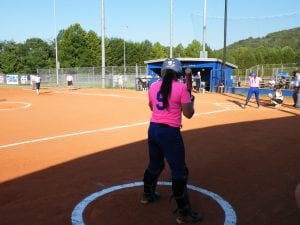 Rebel third basemen, Kayleigh Russell, was quick on defense where she charged the ball on a bunt and threw the runner out at first base. Riley Davis followed the trend at shortstop where she threw a runner out at first base with a runner on second. After a run was scored, Kaelyn Hensley came from second base to pitch the rest of the game. Senior, Emily Waldrep, earned the third out of the inning with the score at 6-0 as she ran towards the fence to catch a ball deep center field. The Spartans continued to hold Fannin as the pitcher earned three strikeouts in a row.

Fannin began to tighten up their defense to start off the fourth inning. Both teams managed to hold the other and kept the score 6-0 for two more innings. Waldrep had great catches in center field as she hunted down balls and tracked them into her glove for outs. Davis had quick hands at shortstop where she read the ball well and threw runners out at first. 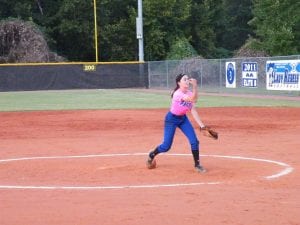 The Spartans were able to find their fire again to start off the sixth inning as they were able to get the ball down and find themselves on base. On a big lead, Mealer caught the runner off guard and threw to first base to tag the Spartan out in a run down. Junior, Jaylin Ray, caught a pop fly in right field to make the third out with GAC ahead 7-0. The Rebels finally make their mark on the board as Mealer stepped up to the plate. With Russell on first base from a hit up the middle, Eryn hit a bomb to deep center field, bringing Kayleigh home and putting Mealer on second base. With Fannin in scoring position, they were unable to bring any more runs home before the Spartans earned their third out, closing out the inning with a score of 7-1.

With runners on first and second base, Zoe Putnam got the first two outs of the inning with a caught pop fly and a short throw to first base. GAC rallied with two outs and managed to score three more runs before Hensley could catch a line drive for the third out. The pitcher was the first up to bat on offense where she put the ball into action with a hit over the shortstop’s head, finding herself safe on first. After the Spartans walked two batters, the bases were loaded with one out. GAC refused to let Fannin score by earning their last two outs with a strike out and a throw to first base. As the Spartans earned their third out, they found themselves with a 10-1 victory over the Rebels. 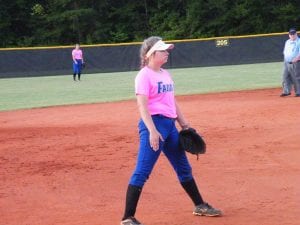 Fannin’s loss puts their overall record at 2-14 while their region record stands at 0-7. Catch the Lady Rebels next game this Saturday as they travel to Chestatee for a double header at 10 & 12!