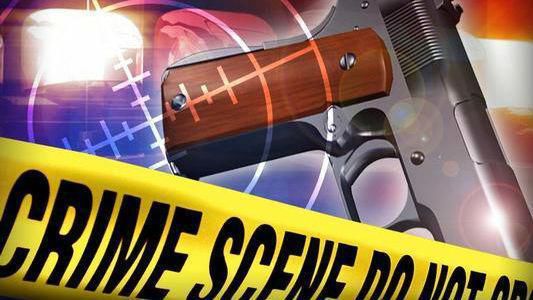 According to the press release issued by McCaysville, Police Department, Fannin 911 emergency operations center received a call from a woman on August 30th at 12:08 a.m., who stated that an armed male gunman man had broken into her apartment.

The accused gunman was James Larry Parris, Jr., 50 and the ex-husband of the the 911 caller.

McCaysville Officers arrived on the scene and the suspect proceeded to barricade himself and three others in the apartment – the woman, her male friend, and a 14 year old minor. Officers attempted to negotiate with Parris to leave the apartment or release the hostages in the building.

Fannin County and Polk County Sheriff’s Deputies arrived on the scene to assist with the situation during this time.

After negotiations failed, McCaysville Officers, Fannin County Deputies, and Polk County Deputies entered the residence. They found Parris still holding his firearm. He refused to drop the weapon and pointed it at law enforcement in the room.

McCaysville Police then proceeded to shoot Parris, who was then taken into custody and transported to Kennestone hospital. At this time, he is in stable condition with a guard posted at his door.

No officers were injured in this incident.

This marks Georgia’s 54th officer-involved shooting in 2019. GBI will handle the officer shooting side of the investigation while Detective Billy Brackett covers the home invasion and domestic violence side.