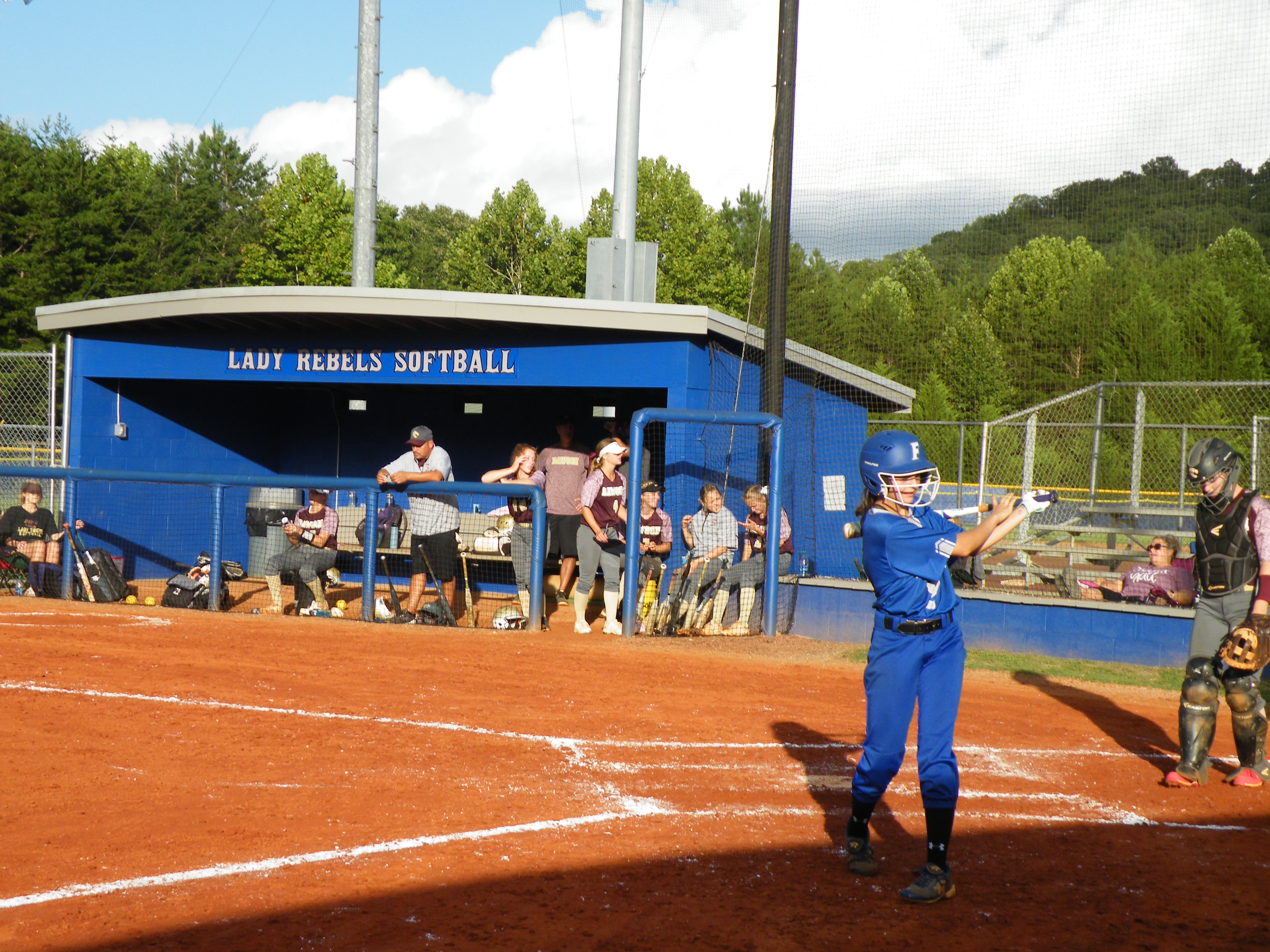 Today, Dawson County traveled to Fannin County to take on the Lady Rebels softball team. The Rebels had just come from a loss the day before and hoped to get a region win.

Rebel senior, Kaelyn Hensley, pitched for Fannin throughout the night where she struck out five batters overall. The Lady Tigers came out ready to play as they had no problem putting the ball into action. Before Emma Mitchell could earn the last out at third base, Dawson was able to bring in four runs. The Tigers had a perfect three up and three down outs to hold the Rebels and kept their 4-0 lead to close the first inning. 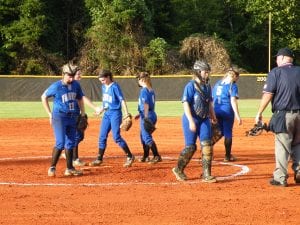 As Dawson continued to put runs on the board, Emily Waldrep followed Hensley’s strikeout with a caught pop fly in center field to earn the second out. Fannin errors continued to allow the Tigers to score runs before Hensley could earn the third out by striking out the last batter. Once on offense, Fannin finally started to put the ball into action. Josilynn Newton put the ball into play as she had a hit right down the third base line, making its way to left field for her to advance a runner and find herself on first base. Junior, Jaylin Ray, had earned a hit where she was thrown out at first, but advanced runners to second and third. Fannin was in perfect scoring position when the next ball hit was caught in the air for the third out, leaving Dawson ahead 7-0.

Hensley had a perfect inning on defense where she earned all three outs. The senior struck out the first batter, and fielded the ball to throw out the runner at first base for the last two. Waldrep got things started on offense where she laid down a perfect bunt to find herself standing on first base. Kayleigh Russell stepped up to the plate and hit a bomb to right field where she earned a double and brought Waldrep home to earn the first run of the game. Mitchell continued the trend with a hit to the second basemen, finding herself safe at first base and sending Russell home for another Fannin point. With runners on first and second base, the Tigers were able to earn their third out and close out the third inning with a 7-2 lead. 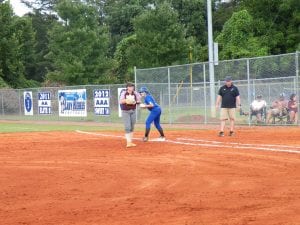 Dawson continued their great hitting for the night to start off the fourth inning. With a runner on base, a Lady Tiger hit an out of the park homerun. The Rebels started to get in their heads and make more errors as they allowed Dawson to score. Newton was the one to get Fannin out of the inning as she caught a pop fly for the third out. While Fannin may have been able to get on base, they were unable to find their way to home plate before the Tigers could earn their third out, putting Dawson ahead 11-2.

As the innings went on, the trend continued of Dawson hitting in the gaps and scoring more points. Rusell was able to get Fannin out of a rut in the fifth inning as she showed of her arm and threw a girl out at third from behind the plate. The Lady Rebel’s hitting finally came alive at the bottom of the fifth. With bases loaded, Jaylin Ray was walked to first base, bringing a runner home. Sophomore, Jaylen Green was next up to bat as she laid down a perfect bunt to find herself safe at first and to bring home a run. Freshman, Zoe Putnam, continued the trend as she hit the ball to left field, bringing in another Rebel run. After Fannin successfully put four runs on the board, the Tigers were able to earn their third out and close out the fifth inning with a score of 13-6. 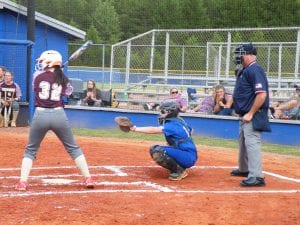 The Rebels hoped to hold Dawson on defense and have an inning like the last in hopes of making a comeback. As it started to look promising with two outs and no runs scored, the Tigers began to put the ball into action in all of the right places. They were able to score one more run before Hensley could strikeout a batter for the third out. As Fannin approached the plate in hopes of earning more runs, the Tigers had a perfect three up and three down outs. With Dawson ahead 14-6, the game ended in a run rule at the end of the sixth inning.

Fannin’s loss puts their overall record at 1-10 and their region record at 0-3. Catch the Lady Rebel’s next game this Thursday as they travel to take on the Lumpkin County Lady Indians @ 5:55pm!