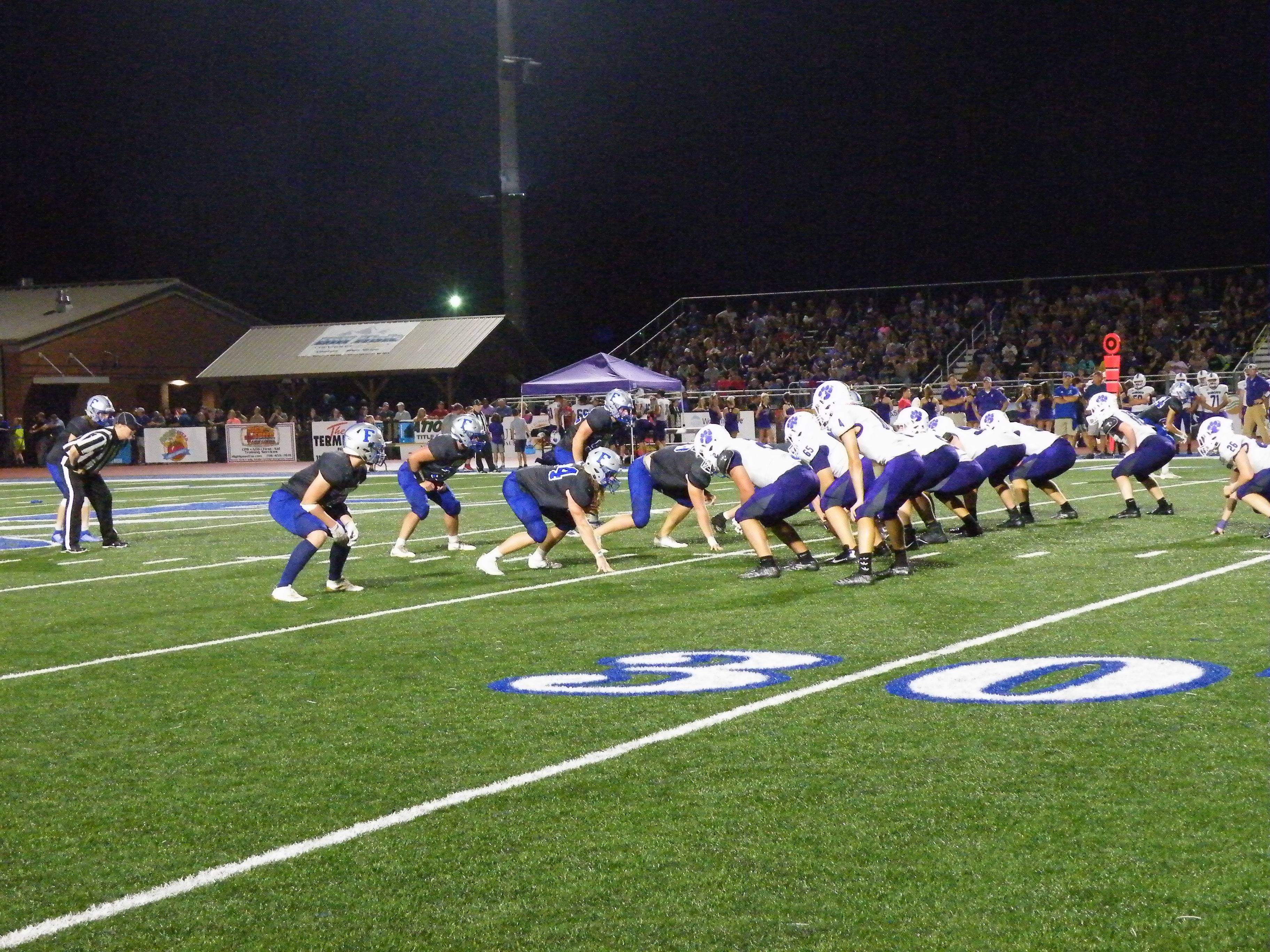 Last night, fans filled the Fannin County High School stadium to watch the first football game of the season against their rival, the Gilmer Bobcats. Fannin had won both of their scrimmages the past two Fridays and hoped to carry the trend over into the season. Gilmer on the other hand has had a hard time putting together all of the pieces for the past two years where they have not won their past 30 games from previous seasons and hoped to break the streak. 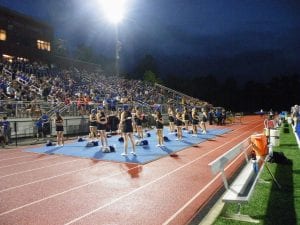 On the coin toss, Fannin won and decided to receive the ball. Cohutta Hyde came out ready to play as Luke Holloway threw him the ball for a 53 yard touchdown for the second play of the game. When Gilmer saw that they were just short of the endzone, they kicked a field goal for 3 and made it. On offense, Will Mosley was handed the ball to gain a lot of yards for Fannin to put them in great scoring position. On the next play, Rebel quarterback Luke Holloway ran the ball past the defense for a 26 yard touchdown, closing out the first quarter with Fannin ahead 14-3. 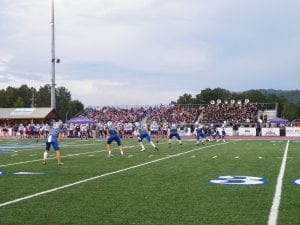 The Rebels were all over every aspect of the game. Will Mosely got things started in the second quarter as he ran the ball for a 21 yard touchdown. Gilmer mostly ran the ball for the night and was able to gain most of their yards that way. Bobcat, Ashton White, had the first big carry for the night and gave Gilmer hope of scoring their first touchdown when Seth Reece saved the day for Fannin with a tackle. With Gilmer still on offense, Cohutta Hyde recovered a Gilmer fumble and ran it back for another Fannin touchdown to extend their lead. Instead of kicking a field goal, Fannin went for a two point conversion but failed at the attempt. When the Rebels returned to offense, Jojo Goodwin had a carry to earn a first down, and put Fannin in perfect scoring position for Holloway to run the ball in for another touchdown on the next play. This time when Fannin went for two, it was successful with a throw in the corner to Teylyn Owensby. After Fannin stopped Gilmer’s defense, Holloway had a great 50 yard pass to Jaylen Ingram, putting the Rebels in scoring position for Carson Beavers to run the ball in for a touchdown on the next play. When Sara Sosebee’s was about to kick for the extra point, the snap was no good, putting the score at 41-3 to go into halftime. 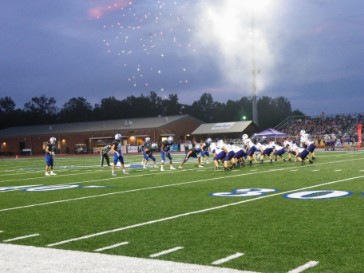 In the third quarter, no one seemed to be able to get ahold of the ball. As far as Fannin defense went, Jaylen Ingram and Jacob Tuggle had big stops for the night to stop the Bobcats from scoring. Micah O’Neal followed their lead and proved to be a wall on defense. Both teams stopped the other from scoring and held the score at 41-3 to end the third quarter.

With Fannin far ahead, a younger team went in for the Rebels. Freshman, David Mashburn, went in as quarterback for the Rebels. Sawyer Moreland had a big tackle on defense to stop Gilmer’s offense. With just a few minutes left in the fourth quarter, Gilmer finally scored their first touchdown but the kick for the extra point was no good. As the clock ran out, Fannin found themselves with a 41-9 victory over the Gilmer Bobcats. 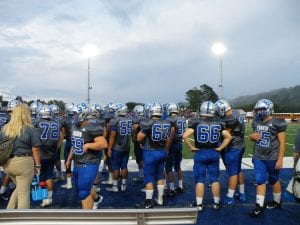 Fannin’s victory put their overall record at 3-0. Catch the Rebel’s next game as they travel to Lafayette at 7:30pm!