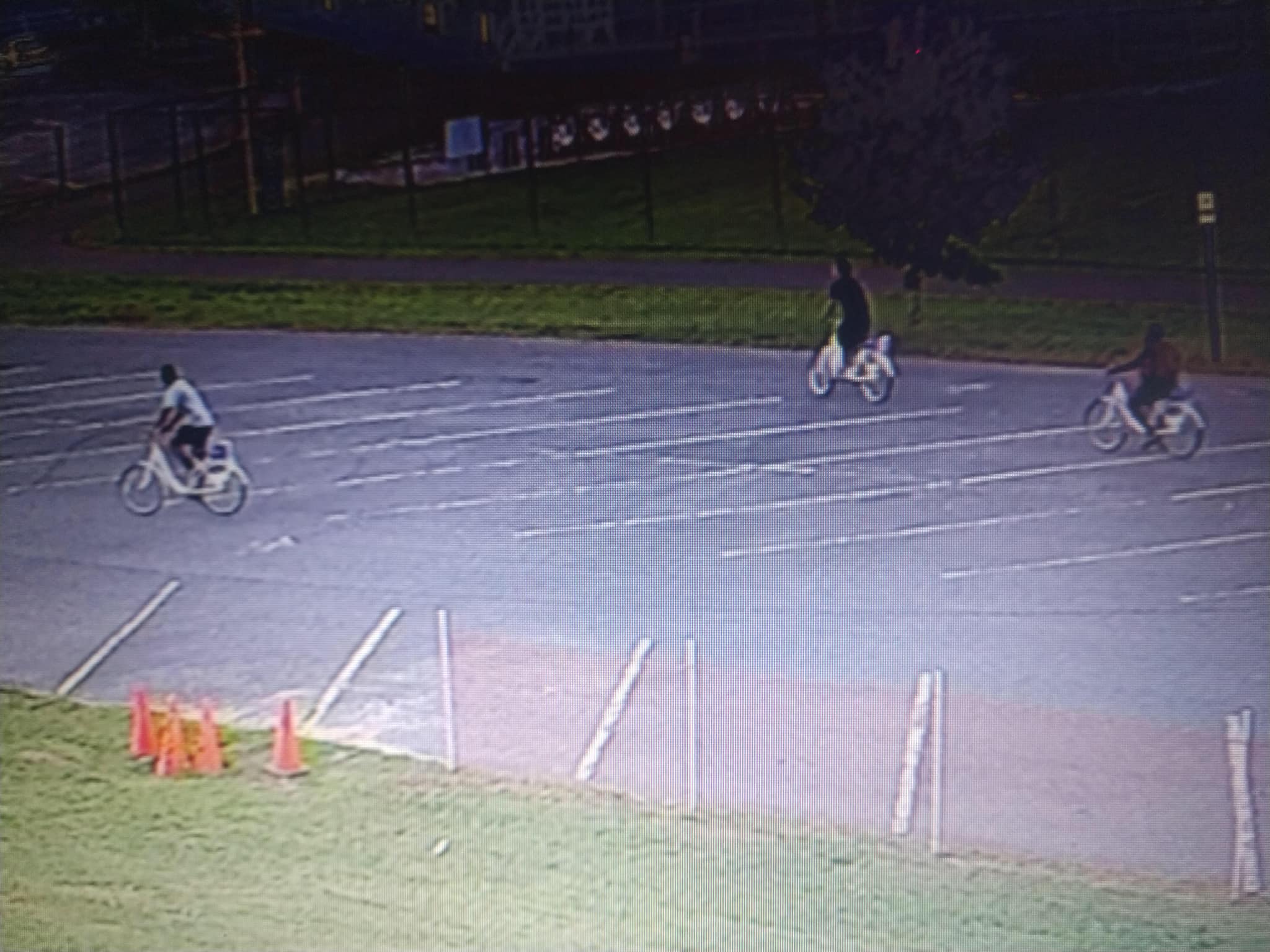 The three unidentified thieves, who stole two bikes and damaged a third at Fannin Recreation Park on May 26 at 8:30 p.m. in the evening, are still on the loose.

The Director of Recreation Department Eddie O’Neal told Fetch Your News that as of Monday, June 3, no arrests have been made in the case, but Fannin deputies do have a few leads that they are following up on. The Sheriff’s Office also pulled more video from the park’s security camera’s to review.

As can be seen in the security footage, three individuals approach the bike stand and proceed to break the locking mechanism then ride off.  They return later to place the third damaged bike next to the stand. 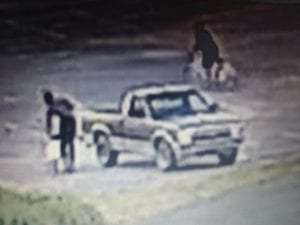 The truck appears to be an old GMC.

Footage also reveals that the suspects loaded the two functioning bikes into the back of a small, older model, pick-up truck and drove away.

The suspects are all male, two are wearing dark clothes, and one in a light blue t-shirt. Ethnicities of the men are difficult to determine due to the quality of the security camera footage.

The ten Blue Ridge Fun Bikes were bought by Nancy Moore Smith for the enjoyment of residents for the county. Smith’s own health battle led her to start the program after she remembered how she enjoyed riding bikes during her rehabilitation from multiple heart attacks.

O’Neal estimated that Smith spent $1,300 on the bikes, but was unsure of the exact amount.

Commissioner Stan Helton had this to say about the theft, “Our bike program at the Recreation Center is provided by a private individual for the enjoyment of her fellow citizens. Unfortunately, there are those that repay this kindness with total disdain.”

Residents rent the bikes by downloading an app on that phone with a GPS system that tracks time spent riding throughout the park. Once they return the bike to the stand, users are charged for how long they spent on the ride. 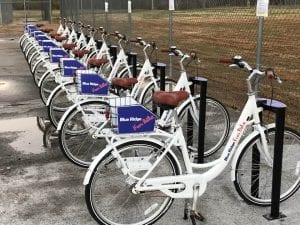 The Recreation Department has a $500 reward out for information on the suspects, and ask anyone with knowledge about the theft to contact them of the Fannin County Sheriff’s office.