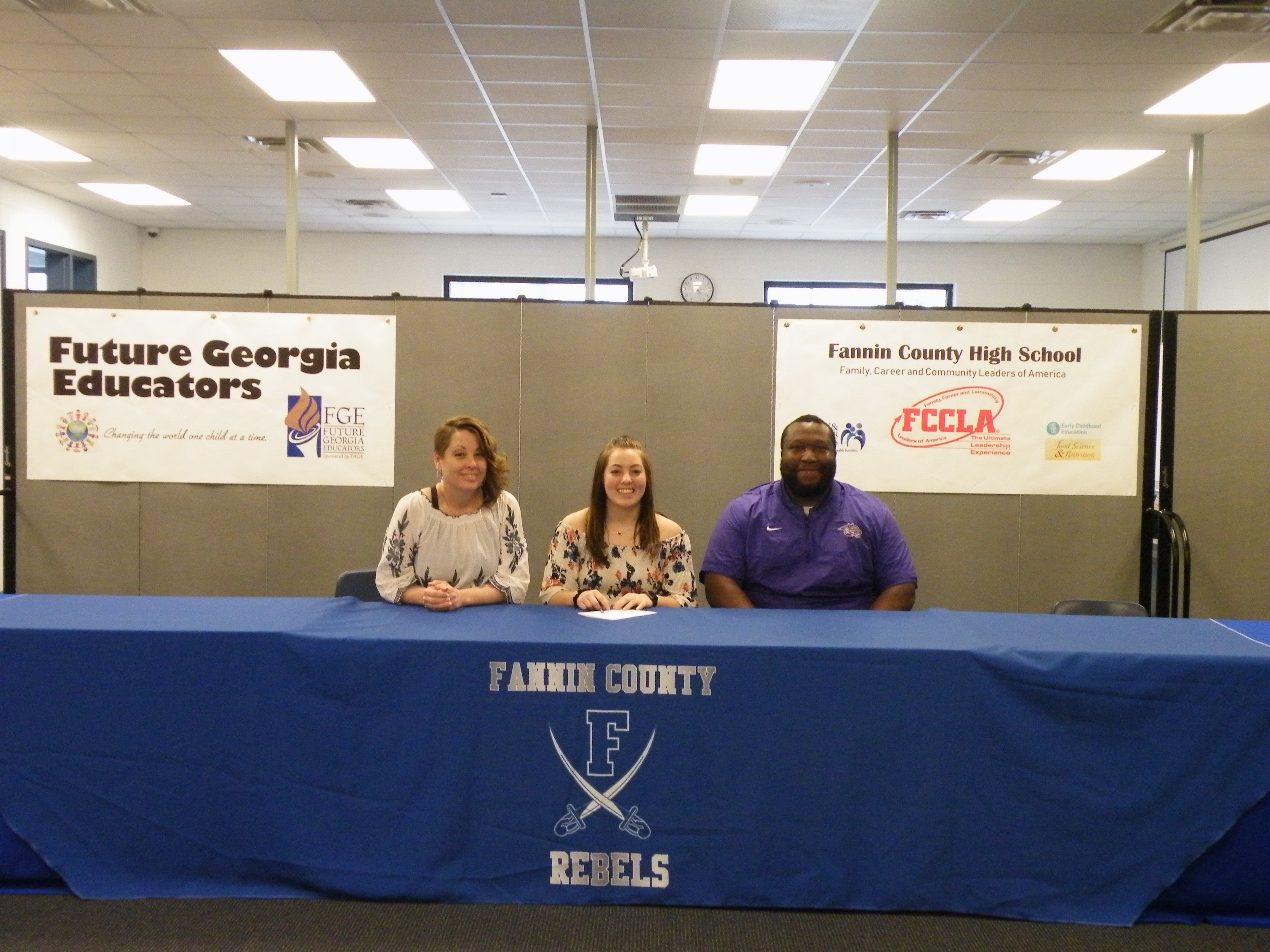 This past Tuesday, Briana Mathews signed a letter of intent to competitively cheer at Young Harris in the fall. Briana is a senior who will be graduating from Fannin County High School in two weeks.

The senior has been cheering since she was four years old and has been at the sport ever since. Although Mathews does not cheer for the high school, she competes on level five at World of Cheer. Their fifth and highest level is currently ranked top ten in the nation and have won countless competitions. The team is even traveling to Disney World over the weekend to compete in one of their biggest competitions yet!

Cheer has always taken up a large portion of Briana’s time. When she was just in the seventh grade, she was invited to the very first Champions League and ended up winning. Before attending Fannin, the cheerleader was enrolled at Copper Basin High School before becoming a Rebel her junior year. During her time at Basin, Mathews was a member of numerous clubs including drama, Future Business Leaders of America (FBLA), Fellowship of Christian Athletes (FCA), and Future Health Professionals (HOSA). On top of all of her clubs, she also played varsity volleyball and cheered for the varsity squad.

Briana did not let her transition of schools slow her down. With her short time at Fannin, Mathews has completed the Teaching as a Profession program (TAP) and also signed to Young Harris to be a Future Georgia Educator (FGE). Not only did she finish the teaching pathway, she has also completed some of Fannin’s healthcare pathways which include Sports Medicine and Certified Nursing Assistant. The senior has been awarded for her academic successes by receiving an honor cord for her membership in the National Honors Society and National Technical Honors Society.

Through all of her involvement and accomplishments, there is no doubt that Briana will do great in this next step of life. Congratulations to Briana for committing and to Young Harris for gaining such a hard working athlete and student!