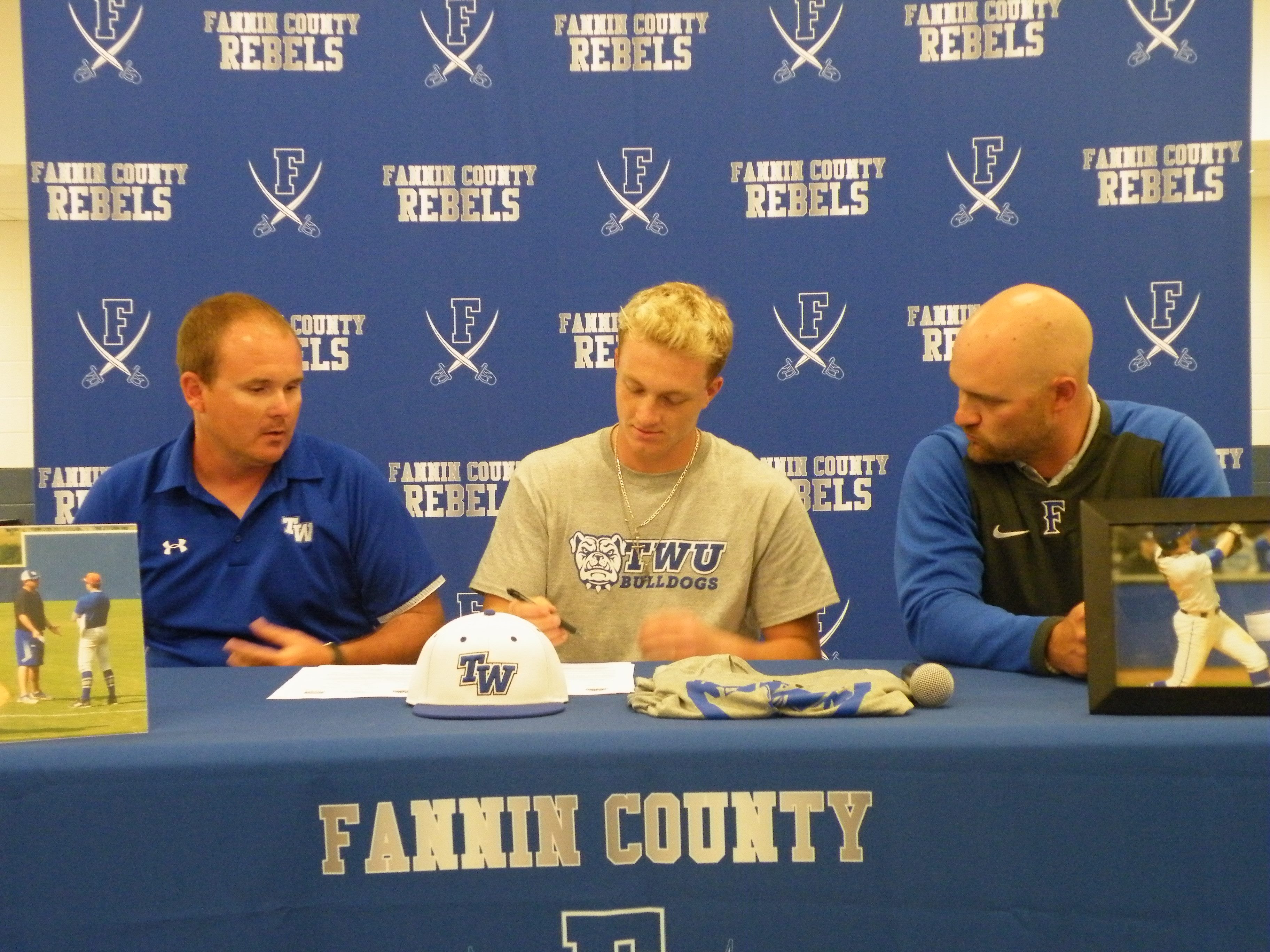 Fannin County High School senior, Chandler Kendall, made a decision to further his baseball career yesterday as he signed a letter of intent to play for Tennessee Wesleyan University who is currently second in the nation in NAIA. It was an eventful day as Kendall not only signed a letter of intent, but he also earned a spot in the Fannin County Hall of Fame as its members awarded him with a plaque. The honor is given to an athlete whose performance and productivity is above the norm. Instead of the Hall of Fame giving this honor every year, they wait for an athlete who is very deserving of the award. His classmates had to have thought the same as they voted him “most athletic” in the senior class.

While Chandler competed hard and had many successes in his other sports, baseball is where his true passion lies. Kendall has been a varsity starter for Fannin County baseball for four years now. His sophomore year he was picked as offensive player of the year, was chosen by Georgia Dugout Club as one of the top fifty players in the state, earned a spot as first team all region infielder, and Perfect Game All American. Kendall continued to receive awards his junior year with the Offensive Player of the Year Award, first team all region infielder, all state honorable mention, Perfect Game All American, and led the Rebels in home runs with nine overall. Now as his senior year comes to an end, Chandler’s team is advancing to the Sweet Sixteen and he has now committed to playing college baseball.

Goodluck to Chandler in all of his future endeavors as he continues his baseball career and to the Fannin County Rebels baseball team as they advance into the Sweet Sixteen!