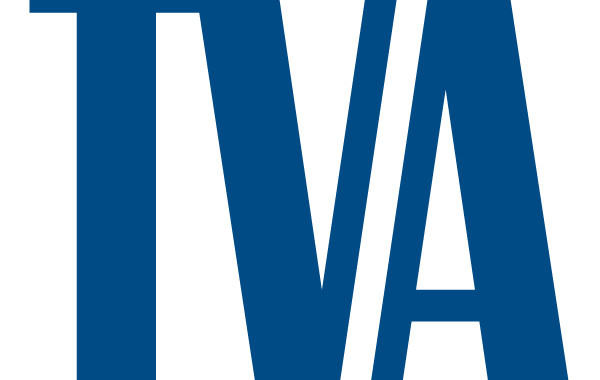 Blue Ridge, Ga. – While Fannin County has remained for the most part unscathed from mother nature’s recent rains, we are not out of the woods yet.

There have been reports of downed trees and power outages in our area, but thankfully we have thus far been spared from widespread damages.

With only a few more days to go before we see a period of sunny skies, TVA has released a warning for our area.

We have stopped discharge from your area’s reservoirs due to the downstream flooding. Depending on the amount of rain we get this weekend, we expect Blue Ridge, Chatuge and all other tributary reservoirs to quick rise to summer pool or above. Residents should check their docks and move any equipment near the shore line to a safe location. Monitor TVA Facebook and Twitter for updates.

TVA released a video via Facebook that explains more indepth the issues that they are facing within their system due to the large amounts of rainfall. You can watch the video by following the link below: 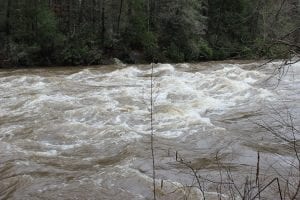 Stanley Rapids off of Aska Road. The popular “rocks” are completely submerged due to recent rains. 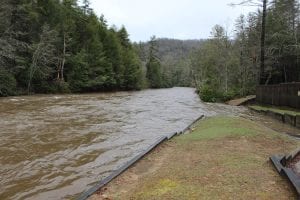