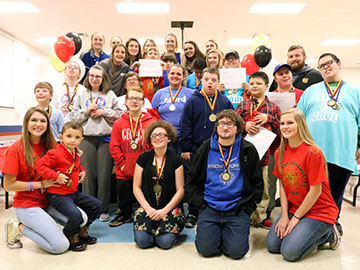 The Fannin County High School FCCLA(Family Career and Community Leaders of America) held an event to spotlight the athletes of Special Olympics on Thursday evening at Blue Ridge Elementary.  Family and friends gathered together to bring recognition to these boys and girls, men and women for their outstanding commitment to and their excellent performance in Special Olympics. 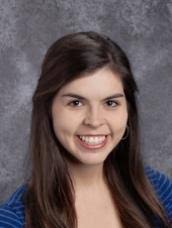 As the night started Ms. Lauren Owenby took the microphone in hand to announce the evening’s outline.  The two young ladies that came to Ms. Owenby with the idea for the event were Larisa Hughes and Alexis Hill. Hughes and Hill brought their desire to do something specifically for the special education participants forward back in August and have spearheaded the plans that came to fruition on that night,  Courtney Tamberino was the emcee for the festivities and announced each athlete.  The names were called out individually as the stars of the night walked up the red carpet to the stage.  The bios(see pics below) were read highlighting the accomplishments, hobbies, and favorite moment as they stood on stage and received applause.  These athletes have the heart and dedication to compete in the Olympic events that we need in our everyday lives. 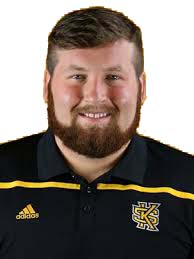 Next up on the evening was the introduction of the special guest for the event,  Ms. Owenby led with the accomplishments and spoke on the love this young man has for special education,  Luther Jones, an assistant coach and also a special education teacher for Union Co. High School in Blairsville, was very successful as a football player in high school and went on to excel at Kennesaw State.  Jones received numerous full scholarship offers before accepting the State scholarship where he helped his team win the Big South Championship and compete in the Elite 8 of the FCS College Football tournament.  The KSU run ended with a loss to Sam Houston State.  Jones was nominated for the AFCA Good Works award for his actions on and off the field.

With Jones and all the FCHS athletes that were in attendance to show their support for this great group all the athletes were individually called back on the stage where they received a certificate, a t-shirt, and yet another medal to hang in the trophy case.  High fives were exchanged with everyone on stage as the smiles and excitement covered the faces of the Olympic athletes one more time.  The end of the recognition ceremony was celebrated with the serving of dinner.  Fannin County Special Olympic Athletes….Great Job!! 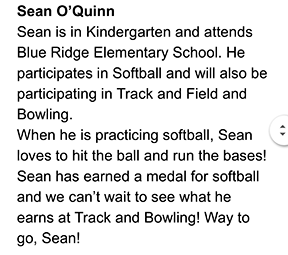 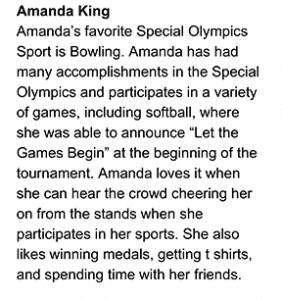 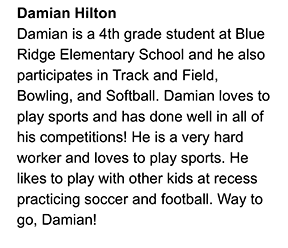 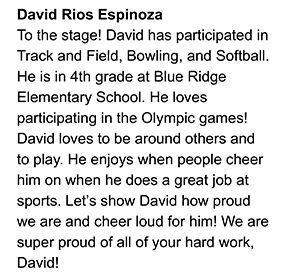 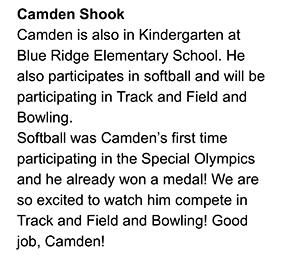 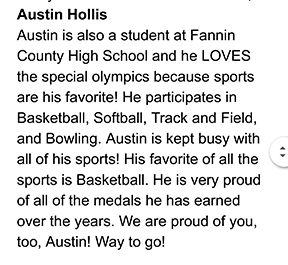 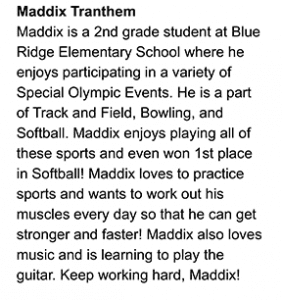 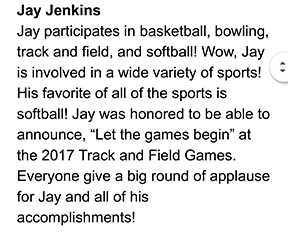 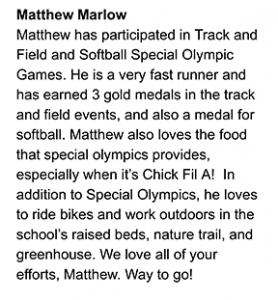 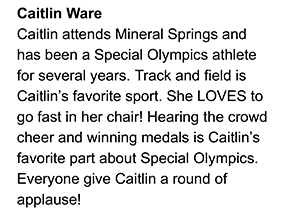 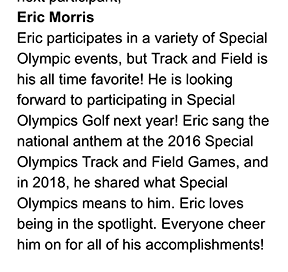 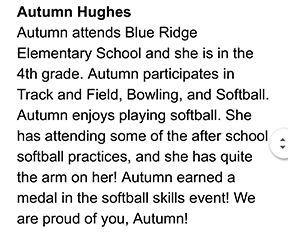 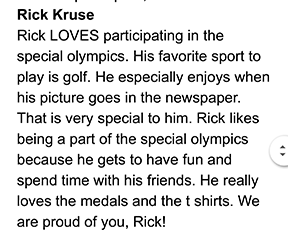 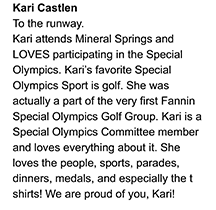 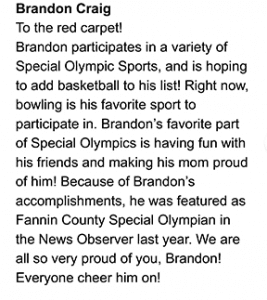 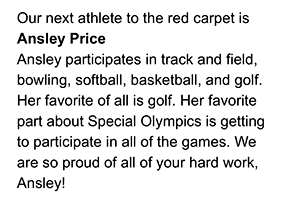 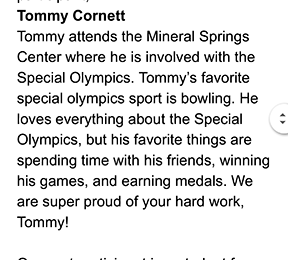 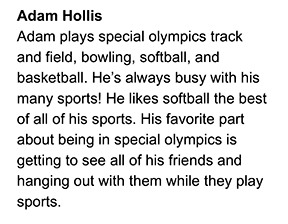