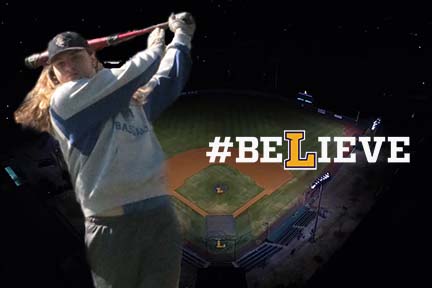 Fannin High School Senior Hunter Gray has made a verbal commitment to further his education and continue his baseball career at Lipscomb University.

In speaking to this young man it is quickly revealed that he is genuine and humble.  Gray knows that without the support of his parents David and Rachal but also his brothers Daniel and Cody, he would not have the

opportunity that lies before him.    Gray took the field for the first time at 3 years old and has never looked back.  Playing in what the local recreation department labeled as the Diaper League, Hunter found his love for the game that he plays today and will continue to play in the future for Lipscomb University.  Hunter Gray played several years of travel baseball as well as other sports into his freshman year at Fannin County High School.  Gray was a part of the Rebels’ basketball program as a 9th grader before choosing to walk away giving him more time to both play football and baseball.  Gray’s sophomore year could have detrimental to his future in the game he loves.  In a pre-season football game, Gray suffered a tear of his ACL and Meniscus.  The surgery to repair the tears doesn’t come with an easy rehabilitation.   The

average recovery time in getting back to full action is right at 9 months.  Gray missed 2 years of high school football and a year of Rebel baseball as well as his travel ball schedule for the East Cobb Astros out of Marrietta, GA.  Through hard work and dedication to getting his leg stronger, Gray is ready to take the field.

In Gray’s time on the diamond, he has played with several travel organizations as Gilmer Co., Cherokee Reds, Kennesaw, Team GA and is currently part of the East Cobb program.  As a freshman for the Rebels, Gray led the team at the plate and was awarded the offensive player of the year and earned his varsity letter in 3 sports.  Hunter’s mother(Rachal) said ” Hunter is a very humble young man.  He is the same person whether he strikes out or hits a home run.”  Hunter is very thankful and blessed that his parents and siblings are there for him and looks forward to having his support system with him as he heads to Lipscomb University after high school.

Congratulations to Hunter Gray on his verbal commitment to Lipscomb and as you prepare for the upcoming season for the Fannin Rebels.