Jasper, Ga. – The Pickens County Sheriff’s Office has arrested and released reports for warrants and booking for one Charles Daniel Hamrick.

According to the Arrest Warrant, Hamrick is accused of using his position as a peace officer to convince a person to send nude and semi-nude photos to him. The offense violates his oath as a public officer.

Having been arrested and booked on the charges, Hamrick has since paid a $1,000 bond and been released. As the official charge states Violation of Oath by Public Officer, it is charged as “a violation of the Oath taken by Hamrick as a Deputy with the Pickens County Sheriff’s Office and the Deputy Commander of the Zell Miller Mountain Parkway Drug Task Force…” 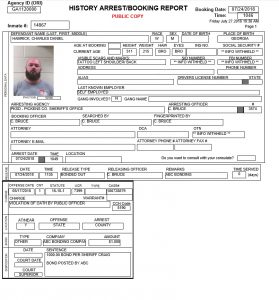 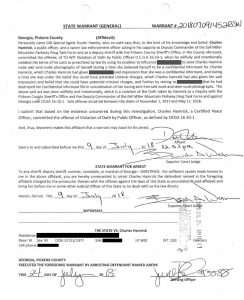