Blue Ridge, Ga. – Today is the day that Georgians will be able to see a finalized list of candidates that will face off for varying seats statewide.
Locally, Fannin County saw a remarkable turnout during the early voting period of the July run-off. Historically, run-off elections tend to see a much lower voter turnout than the May General Primary.

With only a 25 percent turnout for the general primary, both parties were left discouraged and it was expected that we would only see approximately 15 percent make it out to cast their ballots during the run-off.

So far this has not been the case. Fannin County reported that 1161 total votes were cast during early voting and 163 paper ballots were received for the runoff election. Compare these numbers to the May General Primary which saw 1259 total votes and 224 paper ballots and it appears that the run-off is on course to closely match the initial turnout in May.

Much of the interest in the runoff election can be attributed to the gubernatorial race for the Republican nomination. This race between Lt. Governor Casey Cagle and Secretary of State Brian Kemp has become what many deem “nasty”. This race has, however, brought out big name endorsements including retired Lt. Colonel Oliver North and even the President of the United States Donald J. Trump.

While state offices are getting quite a bit of attention, Fannin County also has two positions on the Republican ballot.

The Republican nomination for Fannin County Post 2 Commissioner seat has garnered its own recognition as Incumbent Larry Joe Sosebee and Challenger Glenn Patterson continue to vie for a chance to face Democrat Dixie Carter in the Nov. General Election. 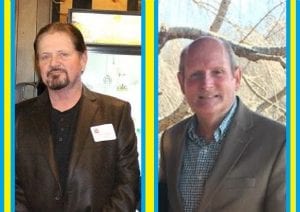 One seat with the Fannin County Board of Education will also be seen on the Republican ballot. Incumbent Steve Stanley and Challenger Mike Cole hope to receive the Republican nomination and move forward to face Democrat Susan DeMoura in Nov. 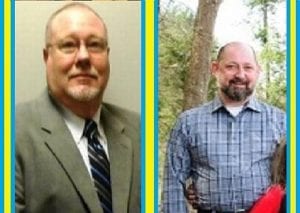 Polls will be open until 7 p.m. this evening. Follow FetchYourNews as we will bring you the latest updates regarding the July run-off election results.