BLUE RIDGE, Ga. – Republican candidates lined up to speak at the March and April Fannin County Republican Party meetings. One such candidate was Marvin Allen, who is seeking a seat with the Fannin County Board of Education. 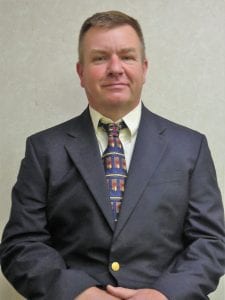 Marvin Allen seeks Republican nomination for a seat on the Board of Education.

“I am not a politician,” Allen said opening his dialogue to the Republican party.

“I have a great concern for our children’s safety and well-being while they are receiving the best education possible,” Allen spoke of what led him to run for this public office.

Allen also expressed that his concerns lay with the taxpayers of the county. If elected to office, he hopes to work with the board on spending issues that will allow for continuing to maintain “a fair millage rate that the citizens of Fannin County can afford.”

Allen will face incumbent Bobby Bearden for a seat on the Board of Education in the May General Primary. The winner of this primary will go on to face Democratic nominee Jeff DePaola in the November General Election.