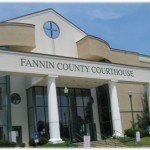 BLUE RIDGE, Ga. – The Fannin County Board of Assessors held a special called meeting Monday, Nov. 27, to discuss the department’s projected budget for 2018.

Chairman Lane Bishop opened the meeting by telling the board, “I wish that we were not even having this meeting.” Bishop continued to inform the other members that, to his understanding, the Board of Commissioners had reduced next year’s projected assessors’ budget “a considerable amount” in comparison to the requested 2018 budget.

Chief Appraiser Dawn Cochran presented the board with information comparing the assessors requested amount and the commissioners recommended amount. According to Cochran, the total requested budget for 2018 was $864,900 while the commissioners recommended amount reduced the pending budget by $126,045. Cochran explained the most significant projected reductions include a $40,005 cut in salaries, a $21,000 cut in education and training, a $27,500 cut in operation supplies and a $25,000 cut in capital outlay equipment.

Board members along with Cochran were concerned about the cut in education and training. Cochran stressed the importance of continuing the education of field appraisers in order to stay in accordance with Georgia Department of Revenue guidelines and avoid another future consent order and fines from the state.

“So that’s going to be cutting the appraisers back to where they can’t actually do what we’ve been requested of by the Department of Revenue through our performance review,” Cochran told board members. “It’s not going to be like we’ve been doing and trying to stay up (to date) on the new laws and sending each person to school once a year.”

Concerning the potential cut in operation supplies, Cochran explained County Finance Director Robin Gazaway had previously asked Cochran to move an $18,000 amount from the capital outlay line item to operation supplies for audit compliance. Cochran questioned the commissioners’ knowledge of the $18,000 line item shift given their recommended amount of $24,500 for operation supplies.

The chief appraiser also mentioned the department requested $40,000 for capital outlay equipment, which included $22,000 for the purchase of a used vehicle to add to the tax assessors’ fleet and $18,000 for revaluation of 12,000 rural land parcels, which would be contracted out to a private company. The commissioners recommended amount for the capital outlay line item is $15,000.

Bishop also pointed out the assessors office still has to appraise over 10,000 parcels throughout the county despite the fact that the consent order the department had been under from the state Department of Revenue had been recently lifted. Of these 10,000 parcels yet to be appraised, Board Member Troy Junnier later explained the appraisal updates would add to the tax digest for the county and potentially add further revenue.

“And we’ve been trying to get a vehicle out of the Board (of Commissioners) for two years, and we haven’t been able to get one yet,” Bishop stated.

Regarding the previous consent order, Board Member Mark Henson asked Cochran, “One of the reasons we were under the consent order was because of the ratio and uniformity. Was that because this office was underfunded in the past?” To this, Cochran affirmed that was true.

“And yet it cost the county hundreds of thousands of dollars (in fines and fees from the state),” Henson added.

After 45 minutes of discussion, the board all agreed they needed to talk, in some form, to the BOC, or at least Chairman Stan Helton, to provide further information concerning department needs and then asked Cochran to see if Helton was available to speak with the Board of Assessors in the meeting. Helton joined the board members a few minutes later.

Helton then fielded questions and comments from Cochran and the board. “If we don’t have what this office needs to function on a daily basis, we might get by with it next year, but the following year or possibly the next one you’re going to get hit with a (large) fine again and the state will not back off because we’ve already been warned,”Junnier told Helton, referring to the potential of another consent order and further fines from the Department of Revenue.

The commission chairman responded by notifying Junnier that expenditures to date for 2017 have been under budget so far. When asked about the possibility of purchasing another vehicle to add to the fleet or replace aging vehicles, Helton explained the BOC would have to approve such an expenditure. He also stated the current fleet of vehicles had not been thoroughly inspected as of yet to completely determine whether or not any of the vehicles needed to be replaced.

After Bishop pointed out the 10,000 parcels still needing to be reappraised by the department, Helton responded by saying, “(The BOC has) looked at this budget very closely, and when you look at what you’ve actually spent for this year, I don’t think what’s been recommended is out of line at all.”

Helton also explained the Board of Assessors could address the full BOC at the Tuesday, Nov. 28, budget public hearing before the regularly scheduled commissioners meeting or at the Dec. 12 BOC meeting where the 2018 county budget is expected to be approved. The assessors agreed they would prefer to speak to the commissioners, as well as Finance Director Gazaway, individually sometime in the next two weeks rather than at a public hearing.

Later, the commission chairman stated the county budget has seen a 30 percent overall increase since 2015. “And there was no tax increase,” Helton continued. “This is a painful process for everybody … That kind of spending is unsustainable, and (the BOC has) to address that this year to try to slow that down … I’m very concerned with where we’re headed with these expenses. So, if you feel like you’re being picked on – I’m sorry about that – there are a lot of people right now (in other departments) that feel that way.”

The meeting ended with the Board of Assessors agreeing to have two members and Cochran to meet individually again with Helton as well as Gazaway and also with Post 1 Commissioner Earl Johnson and Post 2 Commissioner Larry Joe Sosebee later this week or early next week.