BLUE RIDGE, Ga. – After a long fought battle to defend her residency and continue to run for Blue Ridge City Council Post One, Jane Whaley received news that her appeal filed with the Supreme Court of Georgia has been denied. 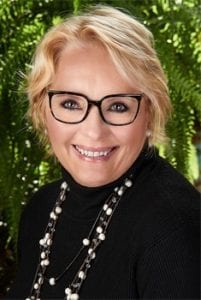 In a hearing held Monday, Sept. 25, 2017, Whaley, along with lawyer Frank Moore, defended her residency within the city of Blue Ridge. Ultimately, Election Supervisor Barbie Gerald decided Whaley did not meet qualifications to run for City Council.

In an official letter, Gerald states:

As noted previously, Section 2.10(b) of the City Charter requires that in order for a person to be eligible to serve as a Councilmember upon the City Council of the City of Blue Ridge, the person must have been a resident of the City for 12 months immediately preceding the election of the Councilmember. Under Mrs. Whaley’s own testimony, she did not reside within the city for 12 month period, and therefore does not meet this qualification requirement to be a candidate of the Post One seat upon the Blue Ridge City Council in the 2017 General Election to be held on Nov. 7, 2017.

Winegarden upheld the decision made by Gerald regarding Whaley’s candidacy. He found “that the determining of the Election Superintendent should be affirmed.”

Moore, Whaley’s attorney, filed an appeal with the Supreme Court of Georgia and asked for a stay of the election.

The Supreme Court of Georgia sent notification today that all Justices concurred and a discretionary review along with the stay of the election is denied.

Addressing the decision, Moore stated, “Needless to say, we are very disappointed.”