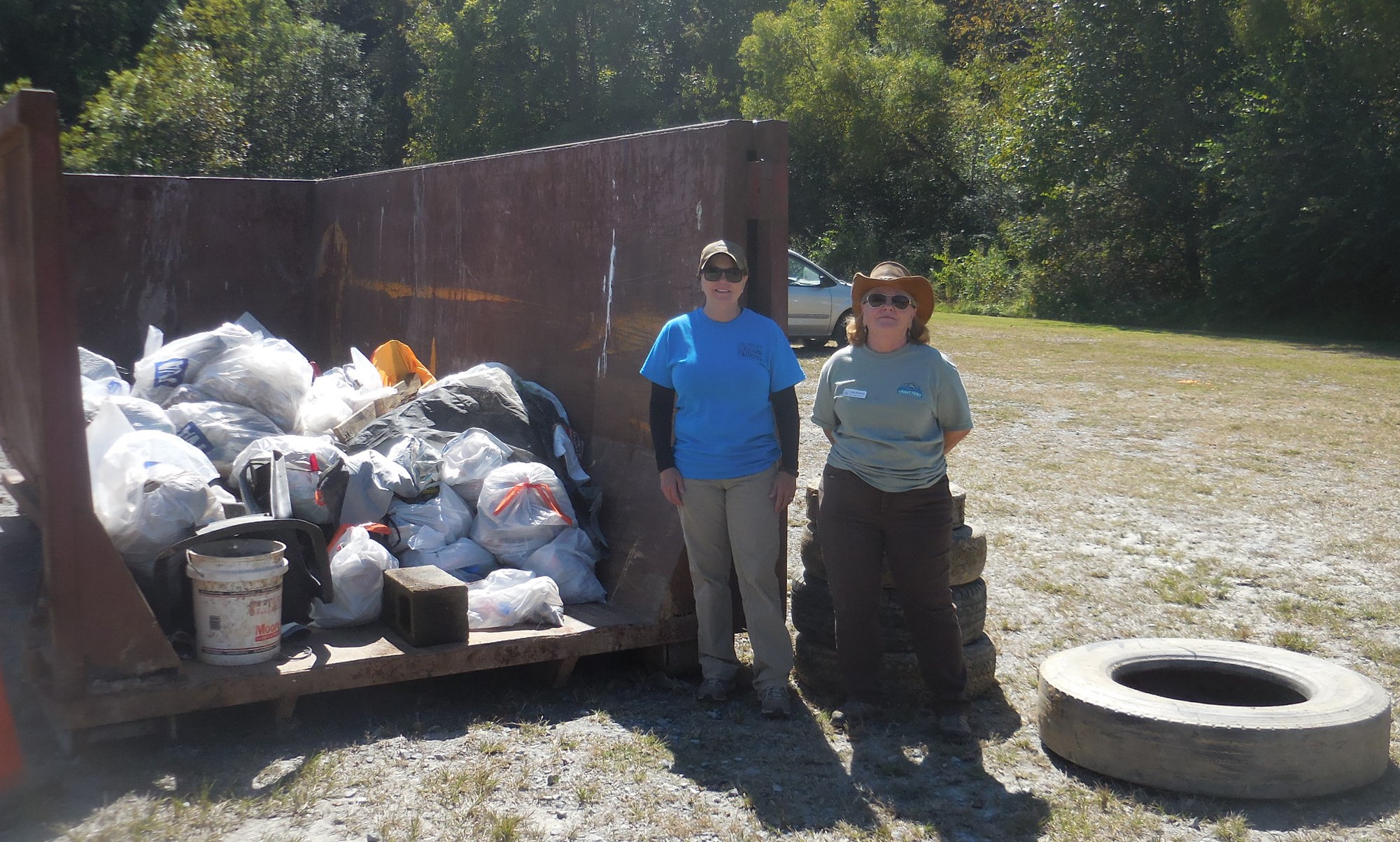 Trout Unlimited’s Beth Skillman (left) and Lynn Brincks (right) stand in front of the trash volunteers hauled out of the Toccoa.

In earlier years, the trash haul from the Toccoa included a partially submerged sofa, washing machine, toilet, buggy, tires so laden with silt that they had to be dug out of the river bed.  This year the strangest thing pulled out of the Toccoa was a microwave. Still there were hundreds of pounds of cans and broken bottles, paper plates and party trash, clothes and coffee mugs and at least seven tires.  Cub Scout Pack 432 pulled out fish hooks and fishing lures from a popular swimming site Dry Branch Creek.  Everyone brought back yards and yards of fishing line.

The annual Rivers Alive Toccoa River Cleanup is beginning to see some long-term change in how people treat the Toccoa as a dump site where river currents will miraculously move trash downstream without harming fish, plants and humans.

Beth Skillman, the local River’s Alive Coordinator, said that we are pulling out less trash each year.  Previous river clean-ups had to dig large trash items out of the river because the items had been there so long that they were sunk in the mud.  Now the items are more like everyday trash that can be wrestled from limbs.  Skillman also attributes less trash in the water to public education campaigns about river health at schools and among the general public. 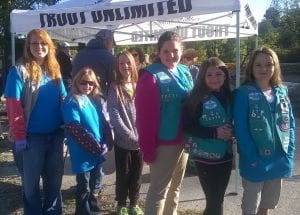 Fannin County Girl Scouts added points towards their badges by helping with the Toccoa cleanup.

Several Fannin Girl Scout Troops joined in the cleanup. This year, their area was Horseshoe Bend Park.  There they found lots of party and cigarette mess, fireworks and rotten food thrown down the banks said the Troop leader.  When asked why they came to the cleanup, one Girl Scout said, “It helps God’s beautiful creation.”  The girls did make a “pretty cool” find during the cleanup – a four-foot long snakeskin.

Faith Presbyterian was there as well.  Pastor Dr. John Simpson said that volunteering at events like Rivers Alive is part of Presbyterians’ public faith that cares about what happens in society and community.  “We care for creation.  We care for the environment,” said Simpson. 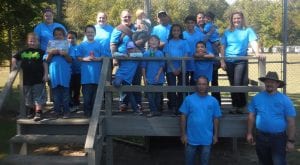 Cub Scout Pack 432 from Epworth brought along friends and family to help in the cleanup.

Cub Scout Pack 432 out of Epworth came with a host of siblings and parents to clean out the Dry Branck Creek Day Use Area.  There they found broken bottles, two four-inch PVC pipes and fishing lines, lures and hooks. 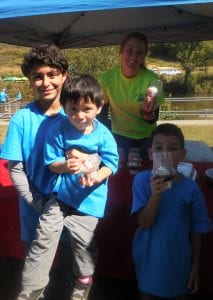 Dairy Queen and Walmart were there to support cleanup by providing food and dessert for the volunteers.  Dairy Queen supports many events around Fannin County.  FetchYourNews asked Ashya Brooks, Community Support Manager for Blue Ridge’s Dairy Queen, why the franchise supported so many events.  Brooks said that Dairy Queen likes to support the community because it shows its employees and customers that Dairy Queen cares.  Lake Blue Ridge Civic Association and Trout Unlimited were also involved in organizing the cleanup.

Beth Skillman, the local organizer for Rivers Alive, can help organizations set up their own river cleanups throughout the year.  Organizations can contact her at skillmanba@yahoo.com.