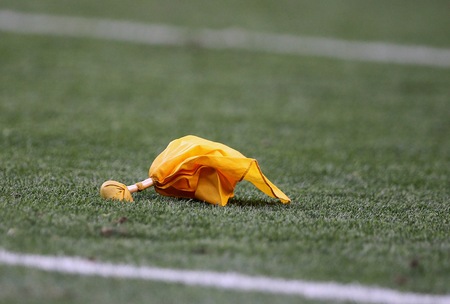 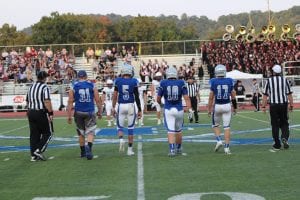 On Friday Night the Rebels took on the Chestatee War Eagles. Fannin started the game with a great defensive stand and then drove the field to score the games first touchdown. Chestatee struck back on the next drive with a long rushing touchdown. After those two early scores the game settled down. Ending with around a 30 yard field goal by ,senior kicker, Brandon Carranza.

The second quarter resulted in 13 unanswered points by the War Eagles. Chestatee botched a snap on a point after resulting in a failed point after attempt. The War Eagles were driving late in the 2nd quarter. With exactly one minute left in the half, a tipped pass in the end zone resulted in a Rebels interception. Quarterback, Brad Davis, led a very impressive drive down the field that ended with a 20 yard field goal from Carranza. At the half the Rebels trailed 20-13.

During the second half things began to unravel. Just 12 seconds into the half, after a huge gain by the Rebels, flags began to fall. An injured Chestatee player was down for about 20 minutes and had to be carted off. It seemed like there was a flag on every other play. After the injury, the War Eagles really began to score. Chestatee would go on to score 3 touchdowns in the 3rd, with another botched field goals attempt.  Fannin’s offense would make a big play and then it would get called back. At the end of the 3rd, Chestatee led 40-16.

During the final quarter of play the Rebels attempted their comeback. The Rebels scored two touchdowns, 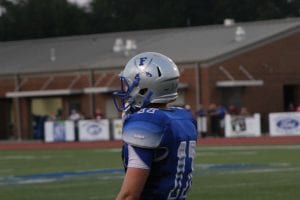 and converted a two point conversion on one of them. After a Chestatee touchdown, Brad Davis broke down the sideline for an 80 yard touchdown run. He outran every single person on the field. However a flag called back the score.

Some stats will lie, and others will tell the story of the game. Penalties hurt the Rebels all night. Its hard to win the game when after every big play, a flag gets thrown negating the play.

With region play two weeks away, the Rebels look to right the ship next week as they take on Andrews. It’s only an hour trip from Blue Ridge, so carpool if you have to and come on out to support the Rebels!