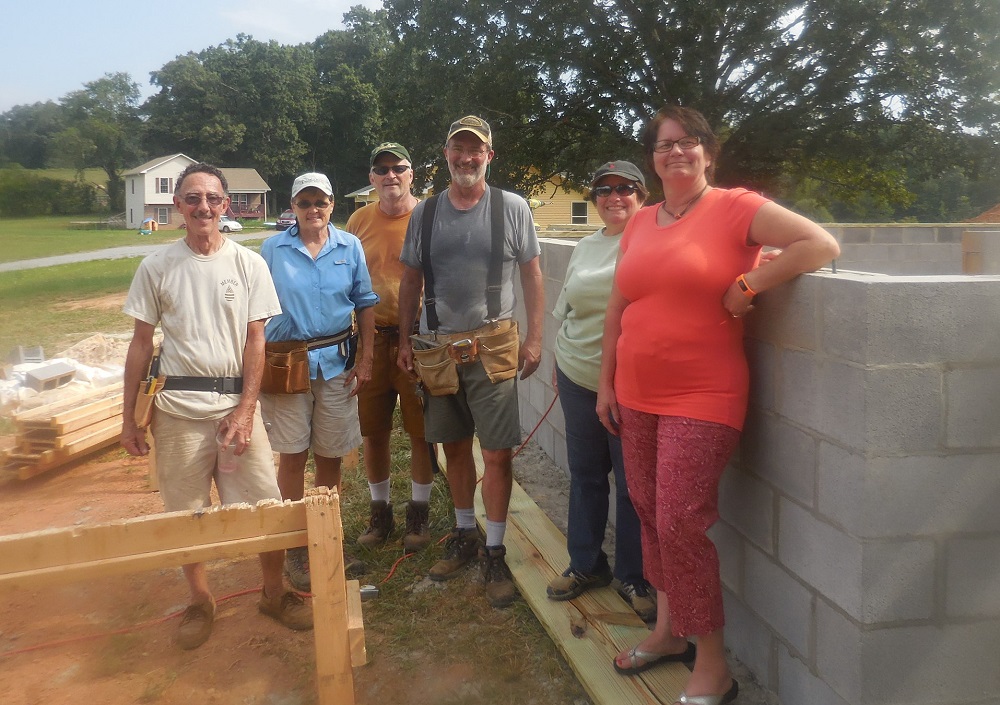 Habitat for Humanity is constructing its fifth-house in Fannin County off Loving Road in Morganton.  This time, 57 volunteers from Fort Payne, Alabama are here to help.  For their annual mission trip, New Oregon Methodist Church chose to partner with Habitat for Humanity of Fannin and Gilmer Counties.

FetchYourNews caught up with local Habitat for Humanity volunteers on Saturday to find out about the project.

Lucy D’Amico is the construction manager for Habitat for Humanity of Fannin and Gilmer counties.  She also serves on the Board of Feed Fannin.  After retiring as General Manager for Winfield Companies in Naples, Florida, she moved to Fannin County to “do stuff I loves and enjoy the people.”

Ms. D’Amico said that the New Oregon United Methodist Church have goals they set out for themselves this week – roof, walls, siding and windows.  The group blesses communities all over the county through their house-building summer mission trip says Ms. D’Amico. The group begins on Monday morning and finishes on Thursday about noon.

The house is three-bedroom, two-bath, and 1,236 square foot.  By October, it should be ready for occupancy.