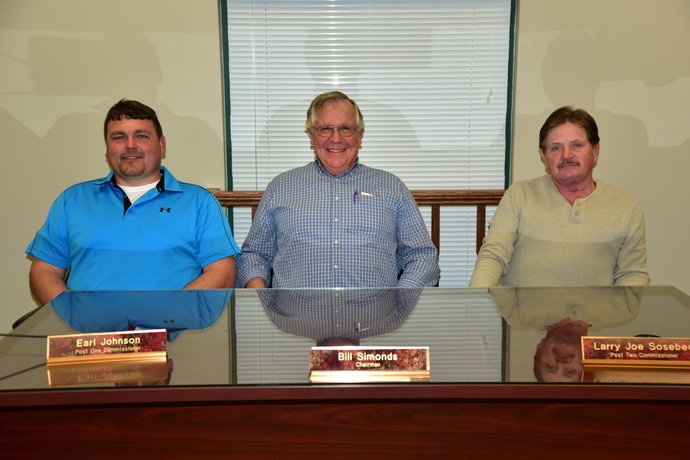 Fannin County Board of Commissioners met on for their bi-weekly meeting on Tuesday, April 26.  The audience was packed with supporters for a new library.  The main topics of the evening were trash, roads and library.

The smelly waste management contract  has come up for rebid.  At the meeting, County Clerk Rita Kirby, gave the Commissioners a copy of the rough draft of the Request for Proposals that the county will send out later this month.  She also promised a timeline for the Commissioners to show termination date of the current contract, bid collections and award of new contract. Post Commissioner Johnson questioned County Attorney Lynn Doss’ skill in dealing with garbage negotiations.  Mr. Johnson asked the other Commissioners “Do we need to approve her [Ms. Doss] to find an attorney that does know garbage?” Ms. Doss replied from a stand point of a contract, they are basically the same.  Mr. Johnson reiterated his concern stating, “I don’t think it is that big of a deal if it weren’t coming out of a consent order.  We need to make sure that everything is in the past and the past is the past and wherever we move forward, we move forward.”  Ms. Kirby will attach an addendum to the Request for Proposals so that everyone bidding will have the same access to Fanin’s waste-disposing history.

Roads were another big topic at the meeting:  the intersection of Tom Boyd and Hwy. 5, Greenhouse Road and Hwy. 2 Lebanon Hill area.

First up the Commissioners, especially Earl Johnson, have heard loud and clear from Fannin residents that the intersection of Hwy. 5 and the entrance to the Recreation Complex is a dangerous traffic jam.  Mr. Johnson told Fannin County Recreation Department Director John Scalera that the Rec Center must be proactive when cars start backing up on Tom Boyd Road and call a deputy and to help get that traffic moving.”What you don’t understand,” Mr. Johnson said is, ”when people wait that long they go to find somebody to call and because they’re sitting right in front of my office, they say, you know he would be a good person to call.” Chairman Simmonds said that he has spoken with DOT numerous times about the need for a traffic light on highway 5, which Georgia DOT owns.  The DOT will not put a traffic light in.  There was some question about posting a sheriff’s officer there after games.  However, it is not certain if the Sheriff’s department can afford it in terms of amount of personnel or money needed.

Two people are holding up the Greenhouse Road project.  The Road Department will be able to finish up the right-of-way of what they have by mid-May. Post Commissioner Sosebee asked what reason did the people give about wanting to stop the road improvement. Charles Collins, Road Department Director said, “They didn’t.  One fellow was stopping our vehicles on the road.  He doesn’t want the road scraped or anything.  He sat in the road in his pickup truck all day long.”

Mr. Johnson wants the Road Department to widen the Hwy. 2 curve north of Fightingtown Creek on Lebanon Hill between the creek and Junior Mathis’ house.

The third big topic of the meeting was the library.  Half of the audience members, approximately 25 people, were there to ask the Commissioners to add a new library to the list of county infrastructure projects that will be on the SPLOST 2016 ballot.  Four out of six of the public comments were in support of a new stand-alone library.  Rita VanOrsdal, President of Friends of the Library for Fannin County reminded Commissioners that this is the 4th time that the library has asked to be put on the SPLOST ballot (the chance to be on the ballot only occurs once every six years).  Also, she said that Fannin County built a Rec Complex and now it is time to build a library because children need brains as well as brawn to grow.

Fannin County Board of Commissioners