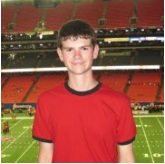 Another week down off the calendar, another week full of sports’ stories that have captivated our thoughts and attentions. Let’s take a look at some of the headlines from this week:Rams and Redskins Rock the Draft – The first big trade of the 2012 NFL Draft has apparently came a month earlier than expected, as it is being reported that the St. Louis Rams have agreed to a deal with the Washington Redskins that would give the Redskins the #2 overall pick in this year’s draft in exchange for Washington’s first round pick at #6 and second round pick at #38 as well as the team’s first round picks in 2013 and 2014. It has been clear for a while that the Rams were ready to sell the second overall pick to the highest bidder, and this deal with Washington is a win-win for both sides in my eyes. For the Rams, they get two first round picks from a franchise that hasn’t made the playoffs since 2007—seemingly increasing the chances of the picks being more valuable—by just moving down four spots, meaning that the team will at the worst be getting their fourth favorite player on their board assuming the team is not shopping for a quarterback to replace Sam Bradford. For the Redskins, the team gets the chance to pick up a franchise quarterback in Heisman Trophy winner Robert Griffin III, an aspect the team has lacked since Mark Rypien was behind center. NFL Drafts are famous for their big trades, but this one could ultimately prove to be the most momentous since the Eli Manning/Phillip Rivers trade back in 2004.

New Orleans’ No-No – The New Orleans Saints found themselves in hot water in the last week, as reports surfaced that former defensive coordinator Gregg Williams ran a bounty program with the team, a system in which the players would be played for a various number of accomplishments. The main concern with the situation revolves around injuries, as many of the reports have stated that the Saints’ defenders were rewarded monetarily whenever an opposing player on offense left the game with an injury, statements that led to many questions concerning New Orleans’ victory over the Minnesota Vikings back in 2009, a game in which quarterback Brett Favre took several questionable hits. This situation is a disaster for the Saints and their fans, but it’s clear that those in charge of the team, particularly head coach Sean Payton, has no one to blame but themselves. It is clear that commissioner Roger Goodell is going to come down hard on those involved in the situation, and my prediction is that it makes Spy Gate’s repercussions look like a mere flick on the wrist. While it may take some time for the punishment to be dealt out, I predict that Williams, who is now the defensive coordinator for the St. Louis Rams, is suspended for the entire 2012 season, Payton is suspended four games and fined $500,000, and the team forfeits its first two picks in this year’s NFL Draft. The offense doesn’t seem major in my eyes other than the hits that were illegal, but this practice of making bounties endangers the players’ health, a subject that the National Football League has worked way too hard to let a single team dismantle.

Manning Moves On – The dreaded March deadline of Peyton Manning’s contract came this week, which led to a joint press conference between the future Hall of Fame quarterback and Colts Jim Irsay announcing that the organization was releasing Manning. The press conference was very difficult to watch, as both Manning and Irsay fought back tears throughout, truly displaying how the two felt about each other and their roles with the Indianapolis Colts. Although it was definitely not a comfortable situation nor was the decision easy, it is clear that it was the correct decision for both parties involved, as the Colts need a young franchise quarterback and Manning wants to play for a true contender. The focus now shifts to where Manning will land now, as there have been reports that twelve teams have contacted Manning’s representatives and that Manning has already planned on visiting the Broncos’ and Cardinals’ facilities. My guess is that a resolution to the situation arises in the next week, and that in the 2012 season we will see Peyton Manning wearing a Houston Texans’ uniform.

Summitt on Top Again – The Tennessee Volunteers’ Lady Vols got the job done once again in the SEC Tournament, defeating the LSU Tigers 70-58 to win their third straight SEC Tournament and the sixteenth under head coach Pat Summitt. This tournament win may stand out for Summitt and her fans, as it is the first since Summitt came out and made public her diagnosis with Alzheimer’s disease in August of last year. Summitt is a coaching legend thanks to all of her success with the Lady Vols (8 national titles tend to have that effect), but her diagnosis as put her and the Tennessee program has put it in a state of uncertainty that it has never faced before. However, things are still looking up for Rocky Top, as the Lady Vols will more than likely have one of the top seeds in the tournament and will undoubtedly be prepared to deliver Coach Summitt another championship that hopefully she will never forget.

Charles is Charged – Stop me when you’ve heard this before: A Georgia Bulldogs player was arrested. Not breaking news, you say? The University of Georgia added another name to list of players that have been pulled over by the 5-0 on Thursday night when former Bulldogs tight end and NFL prospect Orson Charles was arrested for DUI in Clarke County after an officer spotted Charles’ vehicle stopped in the middle of South Milledge Avenue. Charles, who had 45 receptions and 5 touchdowns for Georgia in 2011, registered a .095 blood alcohol level, above the state’s legal limit of .08. Charles’ arrest makes it two straight years that Georgia players hoping to get drafted found themselves in trouble, as last season linebacker Justin Houston’s positive drug test at the NFL Combine moved his stock from a hopeful first round pick to the third round, where the Kansas City Chiefs selected him with the #70 pick. Charles is a reliable target in the passing game, but this off-the-field incident confirms the fact that he is definitely behind Stanford’s Coby Fleener and Clemson’s Dwayne Allen as the best tight end targets that will be available come April.

“We [at Georgia] don’t give our players money and we don’t give ’em no cars. We give ’em a 7-Eleven that they can stick up any time they want to.” – Lewis Grizzard, comedian, writer, and University of Georgia alum