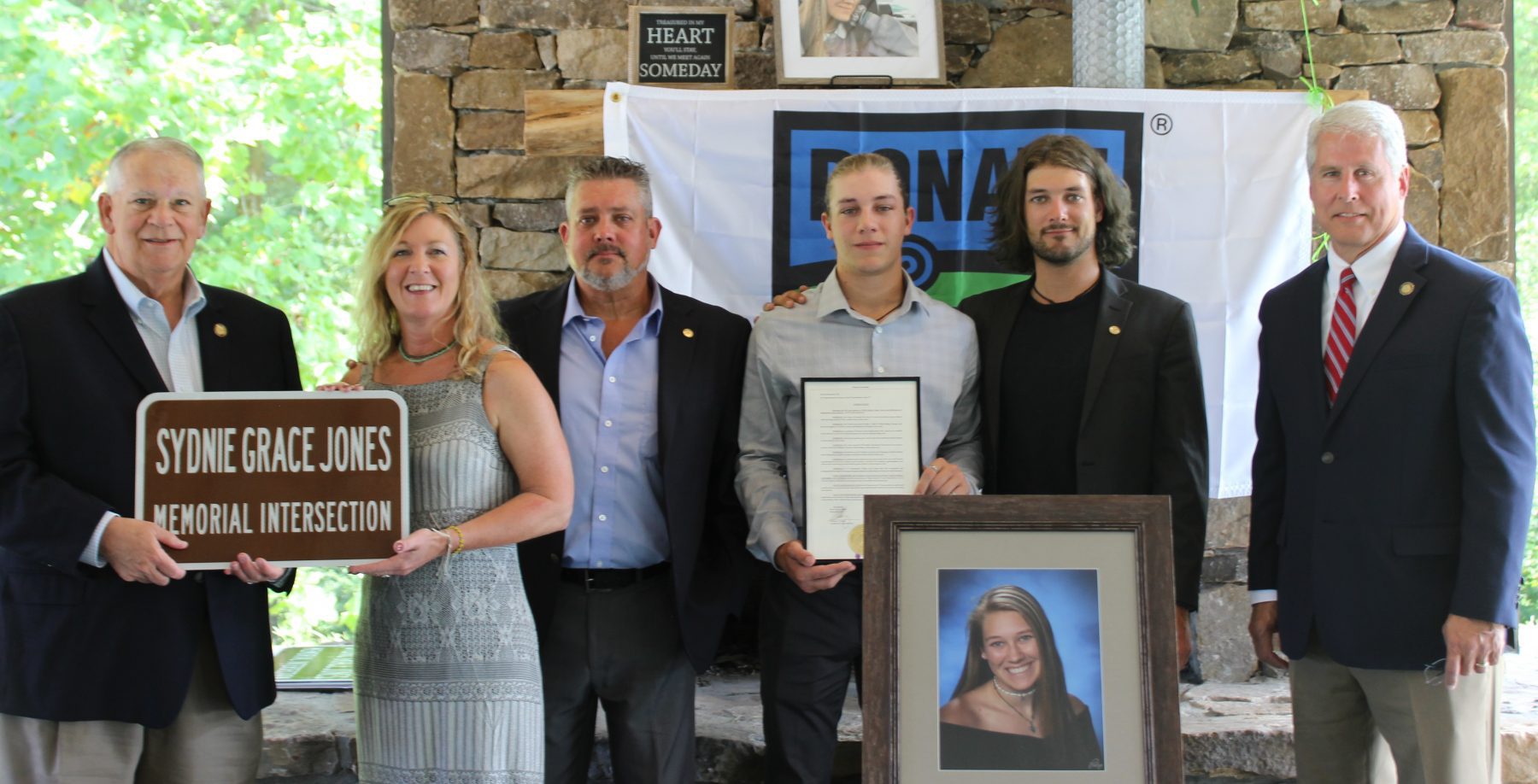 BLAIRSVILLE, Ga – The Sydnie Grace Jones Memorial Intersection dedication was a heartfelt event for everyone in attendance as family and friends celebrated the young woman’s life.

Sydnie, a Fannin County High School graduate, tragically died in January 2021. She was 19 years old.  Two other Fannin students and Sydnie were involved in a horrific car crash at the Hwy 515 and SR 325 intersection in Union County.

All those who spoke at the dedication mentioned Sydnie’s love for life and ability to put anyone at ease. She enjoyed meeting people and helping people. An active member of the church, Sydnie was “on the way to help someone in need through a ministry the church had started” when the accident occurred. 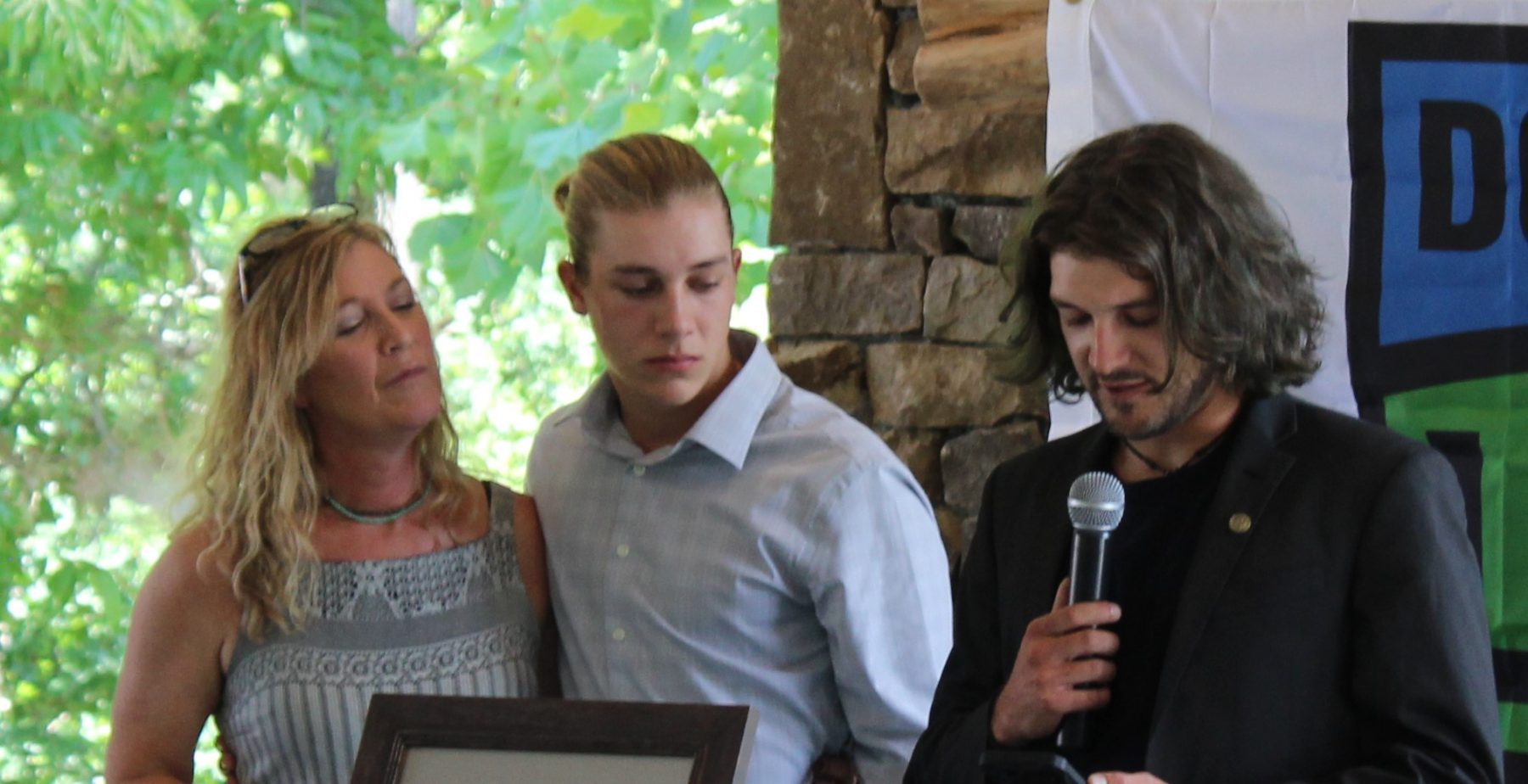 Sydnie’s mother and brothers at the dedication.

“I don’t need to say a lot about Sydnie Grace. You all know her; she spoke for herself. She had a lot of good times,” Jones recalled. “Sydnie did not waste a moment…in her legacy, she didn’t waste a minute, and I would ask that you don’t waste a minute of your time whether it be with your children, friends, or family members.”

She joked that her daughter knew it all and wouldn’t let Melinda teach her anything. Sydnie “never met a stranger and had a smile for everyone,” Jones added. She made her family proud in everything she did.

Her eldest brother Connor read “Do Not Stand at My Grave and Weep.” Several of Sydnie’s friends spoke about their time and memories of her life. They acknowledged her larger-than-life persona. They also mentioned her patience and ability to listen to anyone who needed a shoulder to lean on.

For seven Christmases, Sydnie served as an elf bringing joy to children by either playing games, handing out candy, or “dabbing with Santa” on December weekends.

First Baptist of Blue Ridge Preacher Bob Richardson remembered Sydnie’s dedication to the word of God and how she never missed a night of Bible study for college-age students. Also, her commitment to bringing skate church to Fannin County. They are moving forward with a skate park area and opening the ministry.

“She is still going to be able to do something for the Lord, even as she is with the Lord,” Richardson said. The pro-shop will have a wall dedicated to Sydnie with her picture and catchphrases.

The Ridge Community Church Pastor Chan Mitchell joked that when he first met Sydnie, he felt she was either going to be the “life of the party” or “I’m going to have to call security.”

Representative Stan Gunter (R – 8) and Georgia Speaker of the House David Ralston (R – 7) were instrumental in dedicating the intersection to Sydnie. House Resolution 282 honors the life and memory of Sydnie Grace Jones and designates the intersection in her memory. 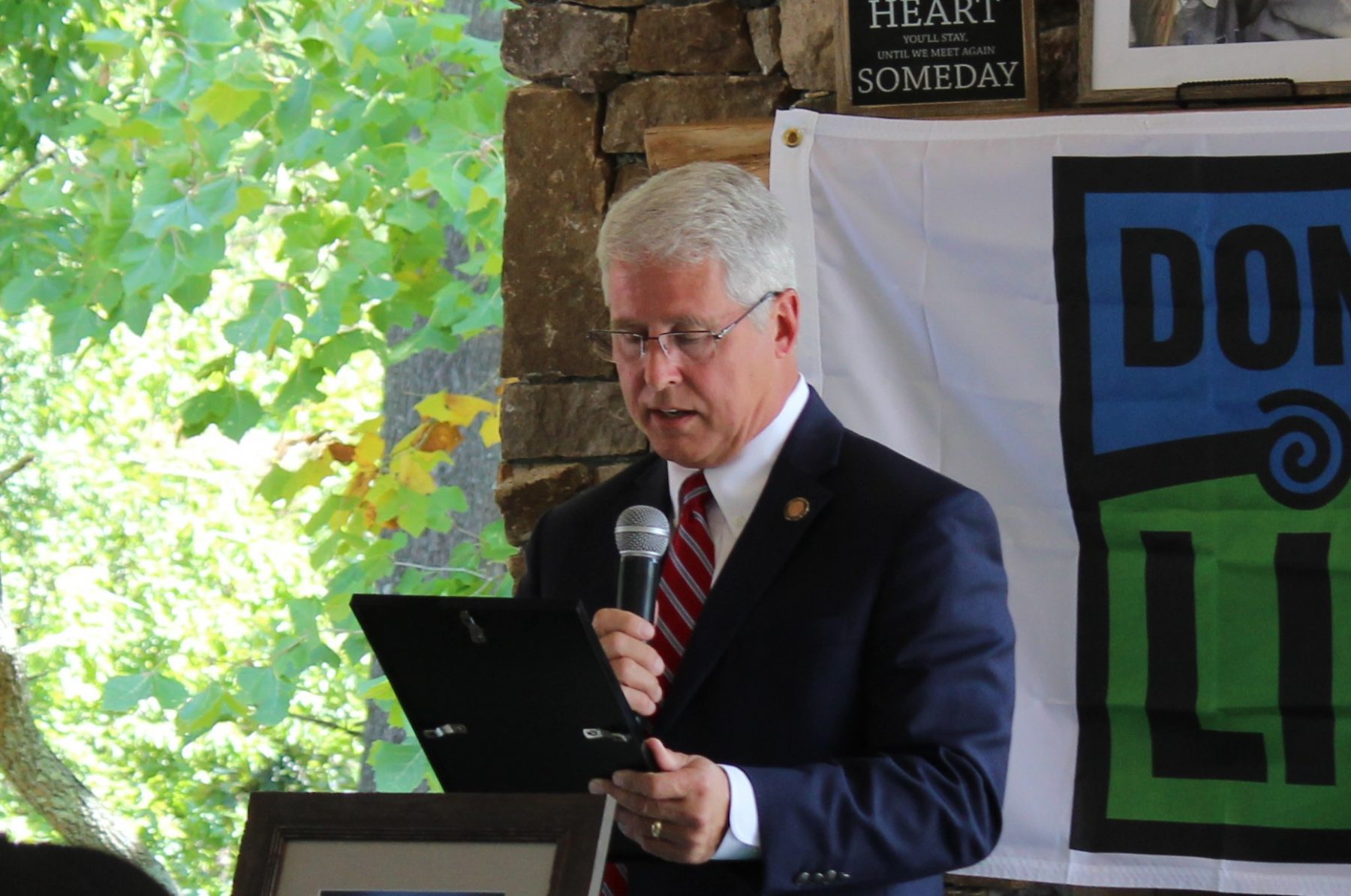 Representative Gunter reading from the resolution.

Ralston commended Gunter for making the day possible and sponsoring the resolution.

“A compassionate and generous young woman, Ms. Jones will long be remembered for her love of family and friendship, and this loyal daughter, granddaughter, and friend will be missed by all who had the great fortune of knowing her,” the resolution read.

“There’s nothing we can say or do today to bring Sydnie Grace back, but we can honor her memory,” Speaker Ralston added. “Generations from now on in time will see her name as they go through that intersection. When we get some safety features added there or finished adding, then we will have done some positive things in her memory…Let’s give thanks today for her memory and for the great light she brought to the world.”

The additional safety features on Hwy 515 will prevent drivers from passing across all four lanes of traffic at the intersection with an R-cut. 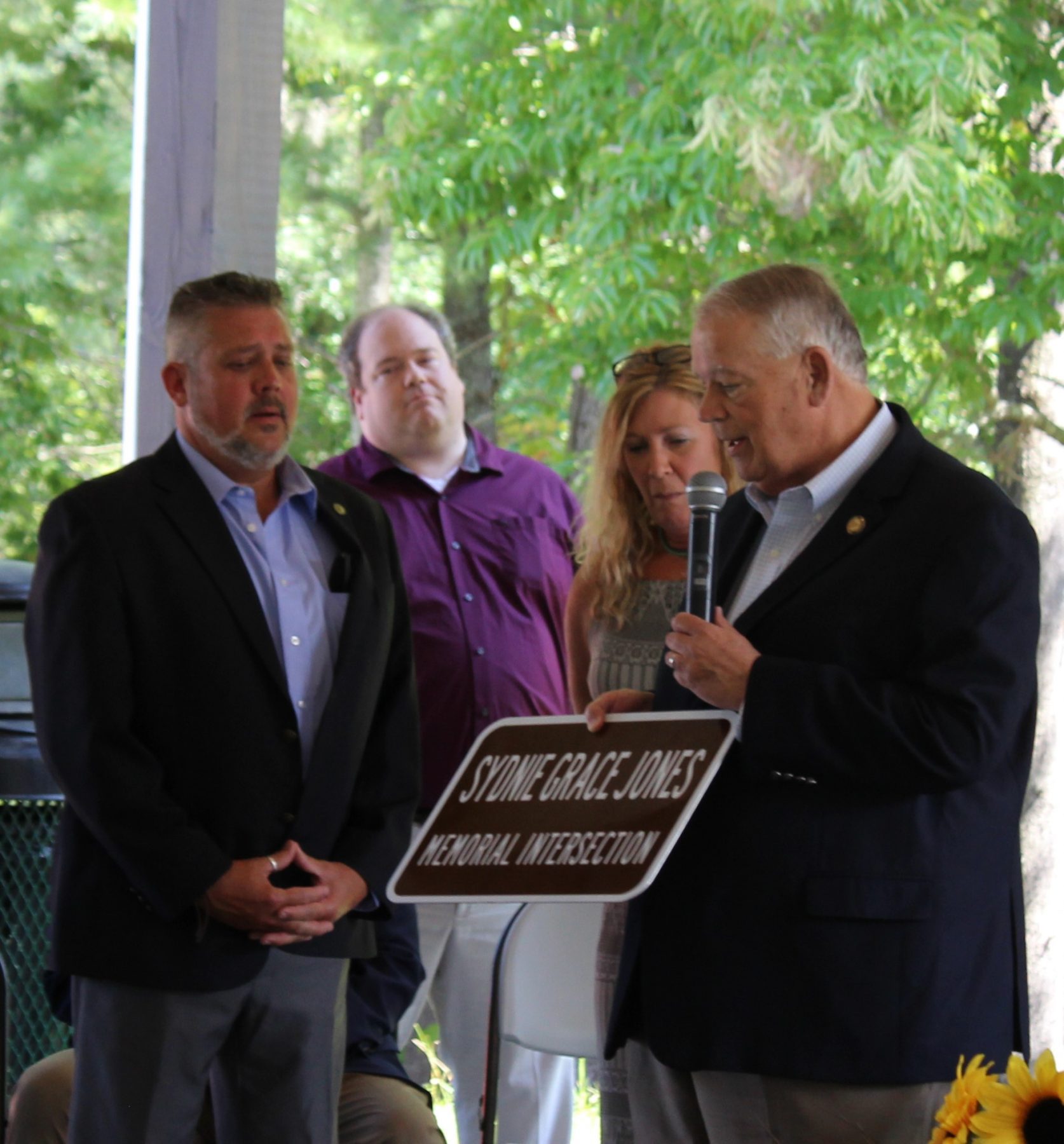