BLUE RIDGE, Ga. – Announcements continue to pour in of candidates running for local elected positions in Fannin County. The Feb. 19 Fannin County Republican Party meeting saw Post 2 Commissioner Larry Joe Sosebee declare his intent to run for re-election and announcements by two current school board members who will seek re-election for their positions. Board member Bobby Bearden has served 16 years with the Board of Education.

“At the end of this year, I’ll have 16 years as a school board member, and there’s nothing in this world I’ve enjoyed more than where I am right now,” Bearden spoke of his experience.

Bearden, a life-long Fannin County resident, spoke to attendees about living here his entire life with the exception of three years during the Vietnam War.

In regard to possible challengers, Bearden, while wanting to win and continue his legacy with the Board of Education (BOE), did say, “I’ve heard somebody is going to run against me this time and that’s fine. I think the voters of Fannin County need to elect who they think is going to do the best job.”

Bearden concluded by reminding the crowd that he continues to stand by his promise that he made years ago when he first ran for a seat with the BOE: “If I ever do anything that will cause your children, your grandkids, not to be able to go to college, lose that GAC (Georgia Accrediting Commission) accreditation, I’d step down in a heartbeat.” Steve Stanley has been with the Board of Education for eight years.

The second announcement came from fellow school board member Steve Stanley. Stanley who has served with the Fannin County BOE for eight years is seeking re-election in November.

While Stanley expressed that he has issues with state funding in regard to our local school system, he stated that safety is his number one priority: “From the moment they (school children) step foot on that school bus until you pick them up at night they better be safe.”

Stanley also spoke of current grants that are being looked at and pursued for the Fannin County School System. One grant in particular would help promote literacy in Fannin County, and Stanley says it is among his top priorities: “We’re wanting to give people any materials we can to start reading.”

Stanley ended his announcement by stating, “It’s the toughest job you’ll ever love.”

Both Stanley and Bearden will need to qualify to be seen on the May General Primary ballot. Qualifying takes place this week and will end Friday, March 9, at noon.

BLUE RIDGE, Ga. – At the Feb. 19 Fannin County Republican Party meeting, Post 2 Commissioner Larry Joe Sosebee confirmed that he will be running for re-election in the upcoming May primaries.

Sosebee, who has held the Post 2 Commission seat since 2011, will be seeking a third term in office. At the Republican Party meeting, Sosebee addressed the attendees in hopes to garner their continued support. Post 2 Commissioner Larry Joe Sosebee will run for re-election in 2018.

“The platform that I ran on when I was first elected is the same as it is today, the safety and well-being of Fannin County,” Sosebee began. “For every citizen of Fannin County, safety is the first and foremost in my platform.”

Sosebee spoke of his record of supporting public safety while in office and specifically noted the recent decision of the board to supply the county with three new fire engines and two new ambulances.

The reason for this new equipment, Sosebee pointed out, was because of growth within the county.

He cited that when he took office, Fannin County had approximately 20,000 full-time residents. That number now, according to Sosebee, is somewhere between 25,000 to 26,000.

While there has been an increase in county budget, Sosebee felt that he has been a “good steward” of the taxpayer’s money.

“Our millage rate is the lowest in the state of Georgia,” Sosebee explained, “with 4.176 on the county’s side of it.”

Sosebee went on to discuss his record while holding the Post 2 Commissioner seat: “I’ve attended every meeting. Never missed a meeting. I’ve voted on everything that has come before me, and I’m not ashamed of any vote that I’ve made.”

Sosebee concluded his presentation by thanking the crowd and stating, “I am running for re-election for Post 2 Commission, and I’m in it to win it.”

Sosebee will face off against Glenn Patterson in the May General Primary to be held on May 22, 2018, with a voter registration deadline of April 23.

Those wishing to be a candidate in the General Primary must first qualify. The qualifying period for Post 2 Commissioner will begin March 5 at 9 a.m. and will close March 9 at noon.

BLUE RIDGE, Ga. – Glenn Patterson addressed the attendees at the Fannin County Republican Party meeting on Jan. 15: “I want to announce my candidacy for Post 2 Commissioner in Fannin County.” Patterson spoke of growing up in Epworth and spending time in the Fannin County community as an adult: “These people, they are truly authentic, caring, loving people, and for that reason, I wanted to give back my time, my energy and my talents.”

Speaking of the incumbent and possible challenger for the Republican nomination, Larry Joe Sosebee, Patterson stated, “I know the incumbent. We went to school together, and I think he is a good man, but I want to offer my services to the county.”

Patterson added, “I want to be clear that I have no private agenda, or ax to grind, just the idea to help Fannin County be the best it can be.”

Patterson currently serves on the Board of Directors at the Fannin Christian Learning Center and is chairman for Fannin County Sports Hall of Fame.

Patterson concluded his announcement by stating, “I would consider it a privilege for your prayers and support as I go to this election. I am not a politician, but I would very much like to be a civil servant that would lead with a servant’s heart.” 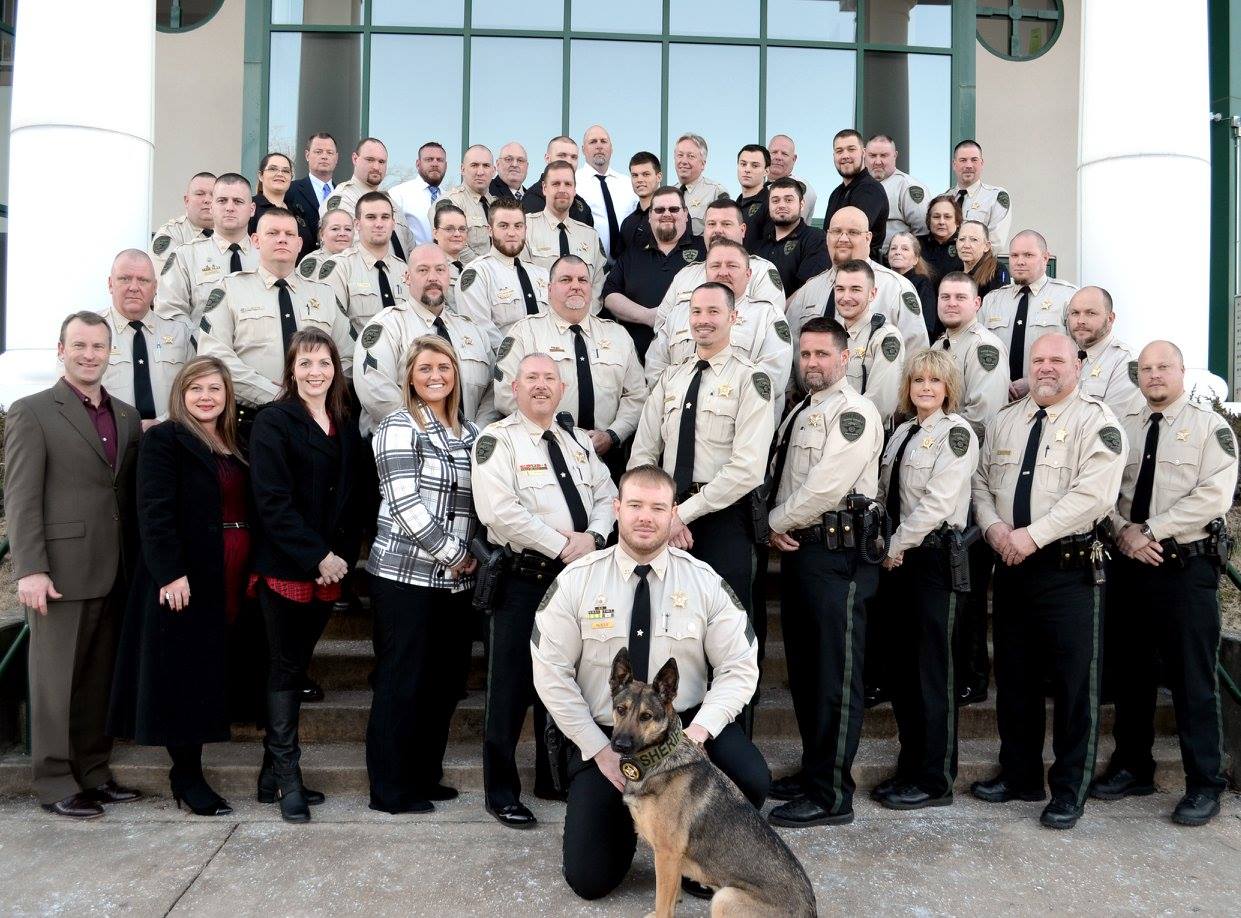 I would like to take this opportunity to announce to the citizens of Fannin County that I will be seeking re-election as your Sheriff in the upcoming 2016 election. I began my first term as your Sheriff in January 2009 and from day 1 it has been my goal to satisfy the needs of Fannin County by providing accountability, quality and professionalism unsurpassed in the field of law enforcement with minimal financial burden to the taxpayers.

Early in my first term I started building a solid foundation to grow from and one of the first things I had to accomplish was to surround myself with dedicated individuals who have a true passion for making Fannin County a safer place to live. I am proud to say that I have met that goal and I am very fortunate to have highly qualified and dedicated officers that have my back on a daily basis. Today, almost 8 years later, I am very comfortable standing on the foundation that we’ve built, the state of our Sheriff’s office and the progress that we have made and continue to make.

As things continue to change, it will be even more important to have an experienced professional serving as your sheriff to deal appropriately with the challenges that we will face. I feel that my 25 years of experience in law enforcement with 7 of those years serving as your Sheriff make me even more capable to handle the tough situations and problems that will continue to surface. It is my privilege to serve the citizens of Fannin County and I can say without a doubt that working everyday as your Sheriff is the most gratifying and fulfilling experience I have ever had.

I am honored that you have placed your confidence in me and it is my hope that you will continue to support my efforts. Please feel free to contact me day or night with any questions or concerns you might have. My cell number is 706-633-8269. I would like to extend my appreciation to each one of you for your past support and ask for your continued support and vote in the General Primary Election to be held on May 24th 2016.