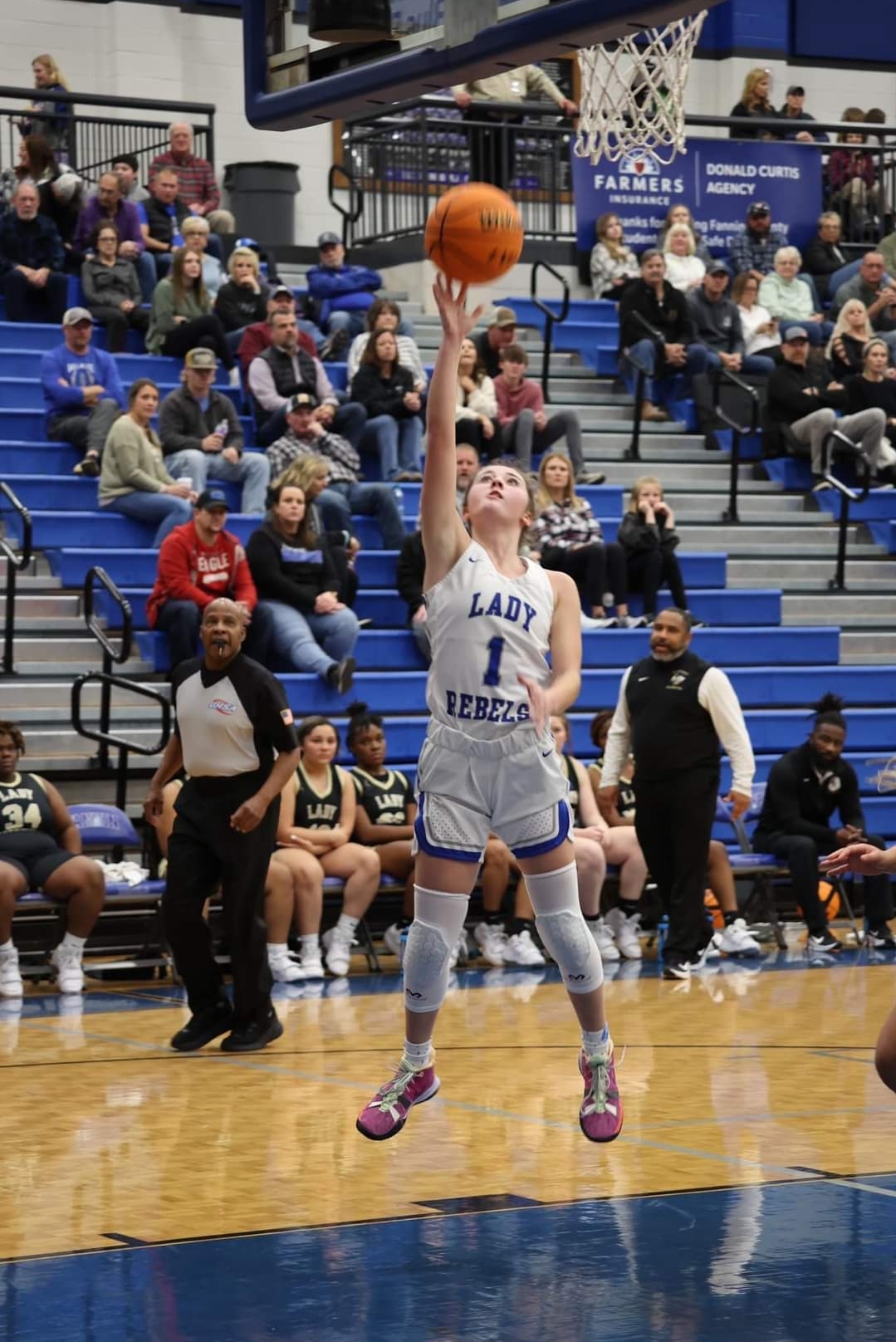 Fannin County Junior Guard Courtney Davis scored the 1,000th point of her career as she swished home a free-throw with 7:40 left in the second period of Saturday’s game vs Elbert County.

She became the second player in back-to-back season for the Lady Rebels to score 1,000 points in a career, joining now graduated Becca Ledford who surpassed the mark last season.

Every high school basketball player chases the 1,000 point milestone for their career, but very few actually hit the mark, and even fewer do so in their Junior campaign.

Davis has been an animal on the court for the Lady Rebs this year as she’s scored 20+ in 4 out of the previous 5 games, including a 31 point performance vs Rockmart in which she shot 4-7 from deep.

Congratulations Courtney, we can’t wait to see what you accomplish in the next year and a half!