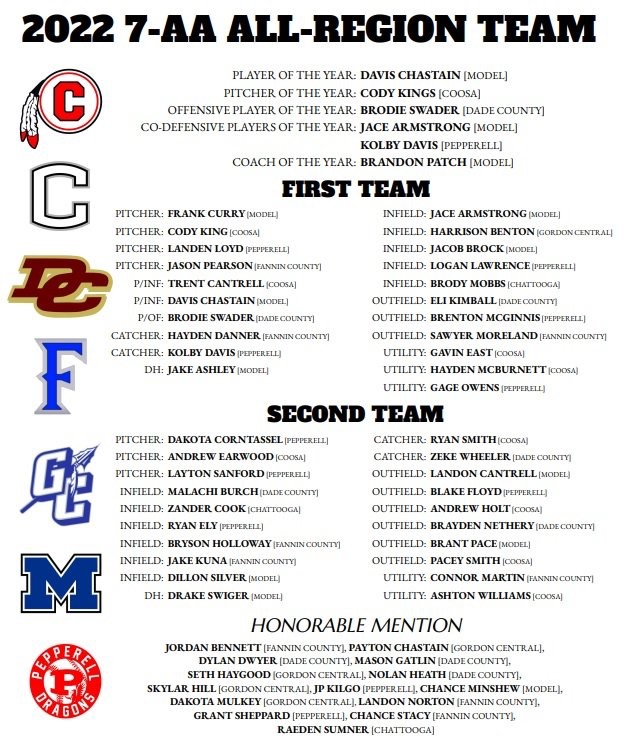 As the 2021-2022 GHSA baseball regular season has come to a close, the All-Region teams have been announced, and the All-Region 7AA team is littered with Fannin County Rebels.

The Rebels finished the season 15-13 and fourth in Region 7AA. They will play at Callaway on Friday.