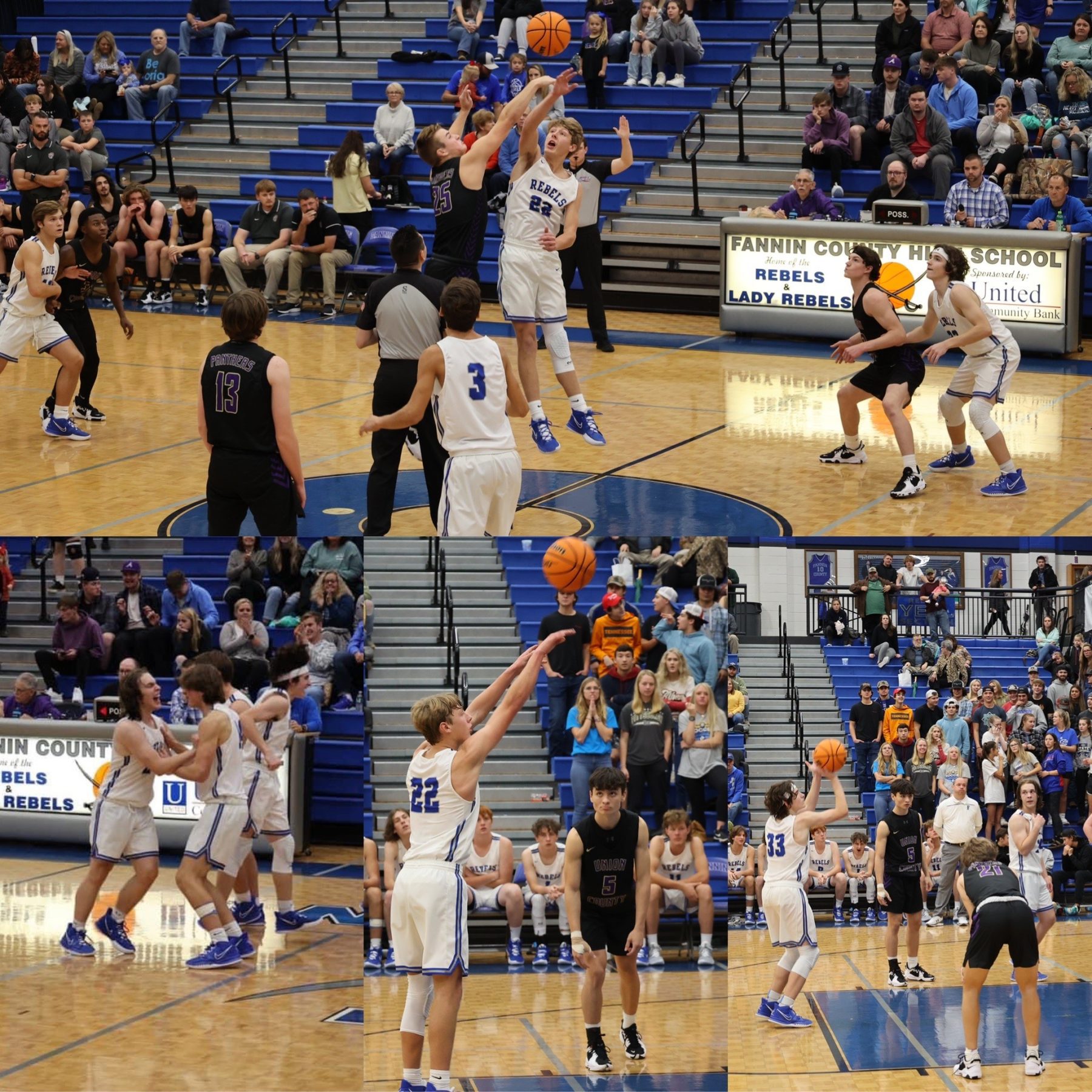 The Fannin County Rebels Boys Basketball team improved to 2-5 on the season after a thrilling overtime victory against rival Union 60-53. It took overtime but Fannin earned a much-needed win behind Landon Norton’s 24 points. Impressive stat that stuck out was the Rebel defense had 14 steals on the night.

At the end of the 1st Quarter the rivalry matchup was all tied at 9. Landon Norton had 6 points, Will Jones added 2 and Chasen Ethington added a free throw. The Starting 5 of Norton, Jones, Ethington, Bryson Wright and Ben Bloch played stellar defense all night long.

Fannin had a slow start to the 2nd quarter. The Rebels would only score 8 points and went into halftime trailing 21-17. Chasen Ethington had 5 in the quarter and Riley Angel knocked down a 3-point shot.

Norton and Ethington would do the scoring in the 3rd for the Rebels. Norton had 7 while Ethington added 6. Norton had a long 3 point shot at the buzzer to bring the Rebels within only 4 heading into the 4th. Union entered the 4th with a 34-30 lead.

Action packed to say the least in the 4th quarter. Fannin would score 19 points in the quarter. With 3 seconds, Bryson Wright was fouled. Wright hit a clutch free throw to tie the game at 49. Chasen Ethington would steal the ball with 1.8 seconds to go but the Halfcourt Shot was no good and the game went into Overtime.

The Rebels won the tip to start the 4-minute overtime period. Chasen Ethington drove the lane and the Rebels took a 51-49 lead. Ethington would score the next bucket for the Rebels giving them a 4-point lead with 3:06 in the overtime period. Ben Bloch would come up with a steal and pick up a nice assist on a 2-point bucket from Bryson Wright with 1:38 to go and Fannin leading 55-51. Landon Norton added 3Free Throw’s and Will Jones added 2 Free Throws each. Fannin won in OT 60-53