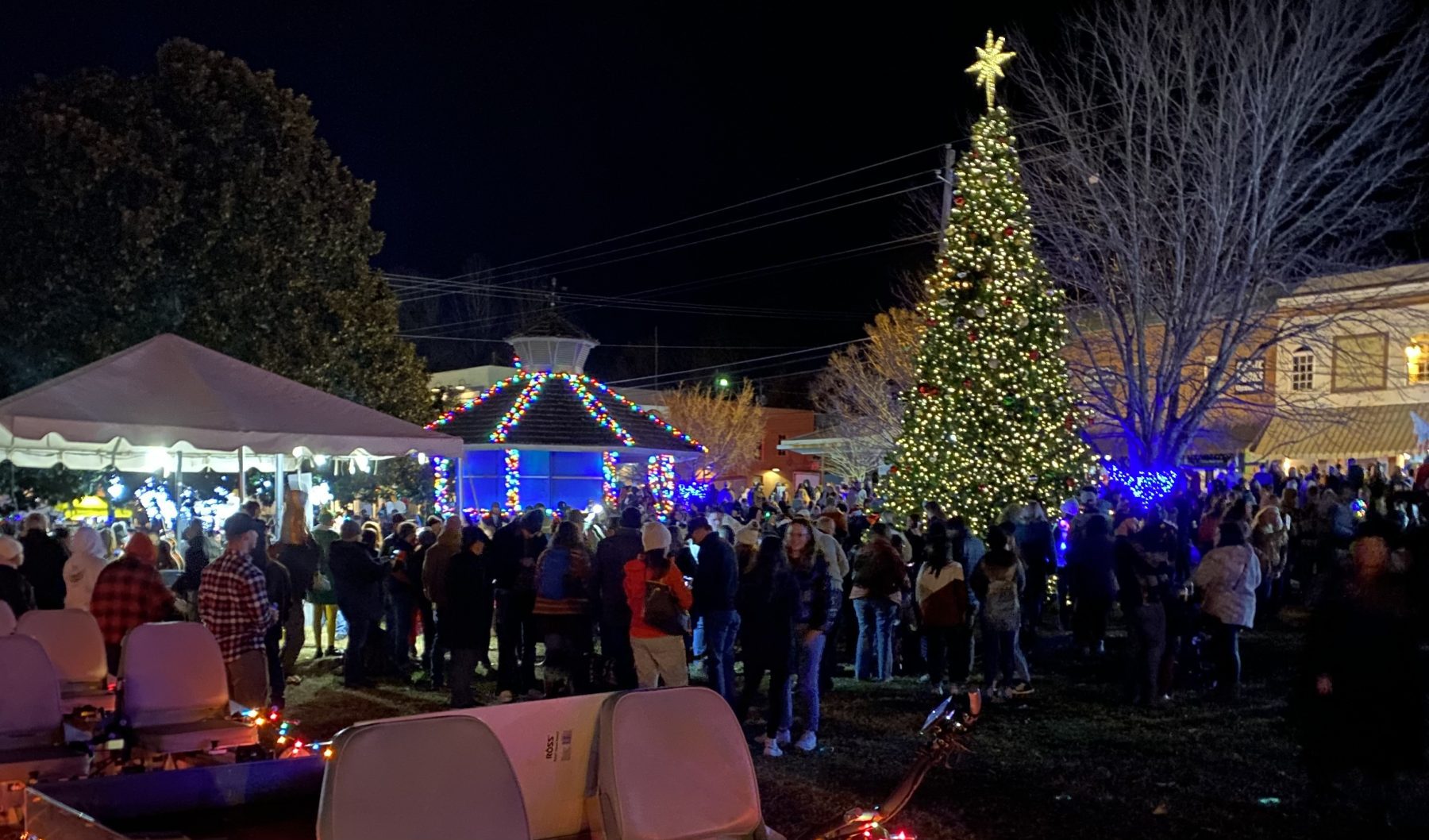 FANNIN, Ga. — Light Up Blue Ridge drew a large crowd to the heart of downtown for the Lighting of the Great Tree on Nov. 27. After a parade made its way through the city, attendees gathered around the tree to take part in the annual tradition, considered by many to be the start of the Christmas season.

With just a walk through downtown it is clear the community is preparing for December, and ultimately Christmas. In the days after Thanksgiving, the city of Blue Ridge was already adorned with Christmas lights and decorations. 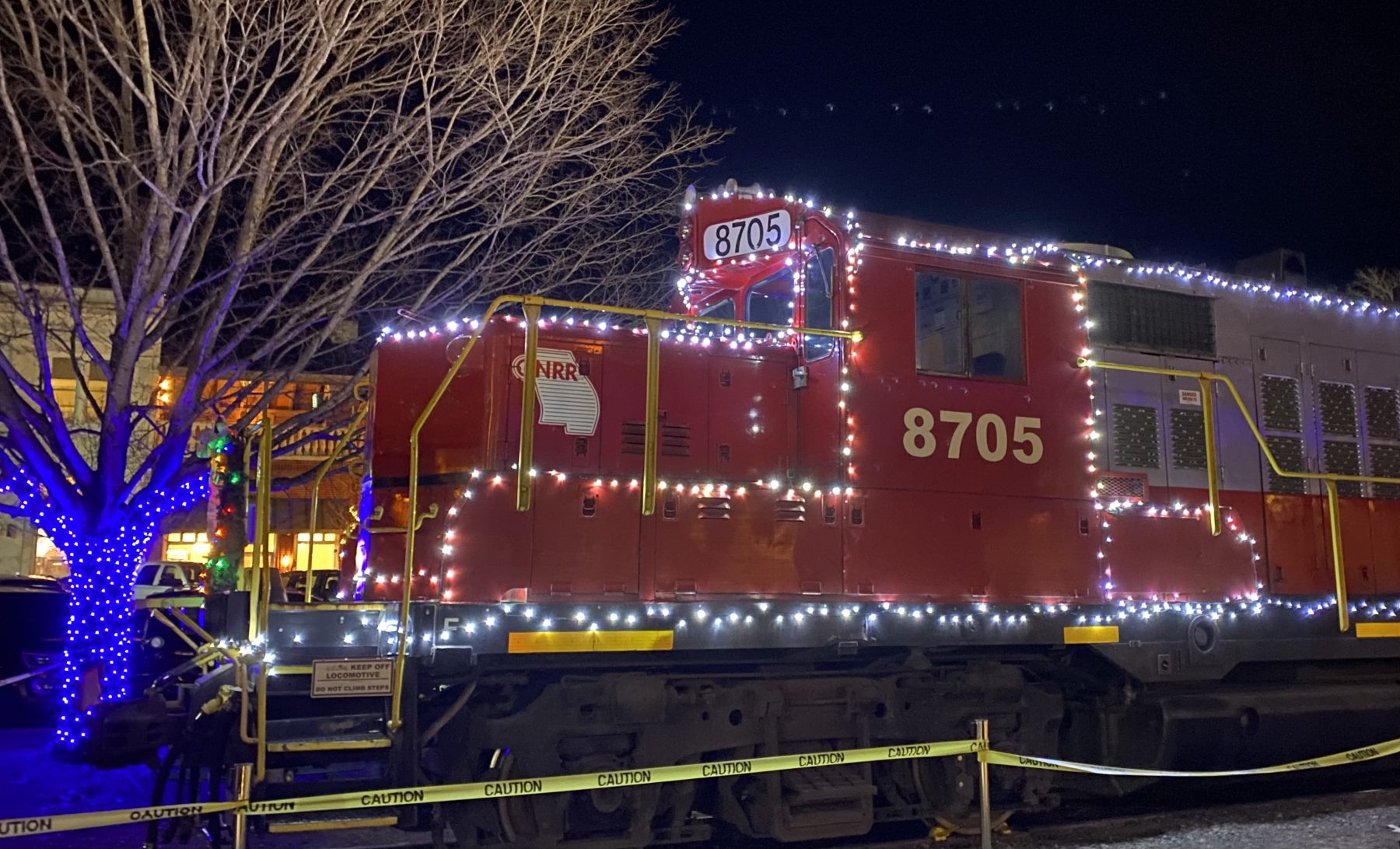 The Blue Ridge train was decorated for the Christmas event.

After the parade culminated in the heart of downtown, those in attendance enjoyed performances from various musicians and community members. Mayor Donna Whitener spoke at the event, and introduced Brandon Lofton who led the countdown, “We really appreciate all he does for our community.” 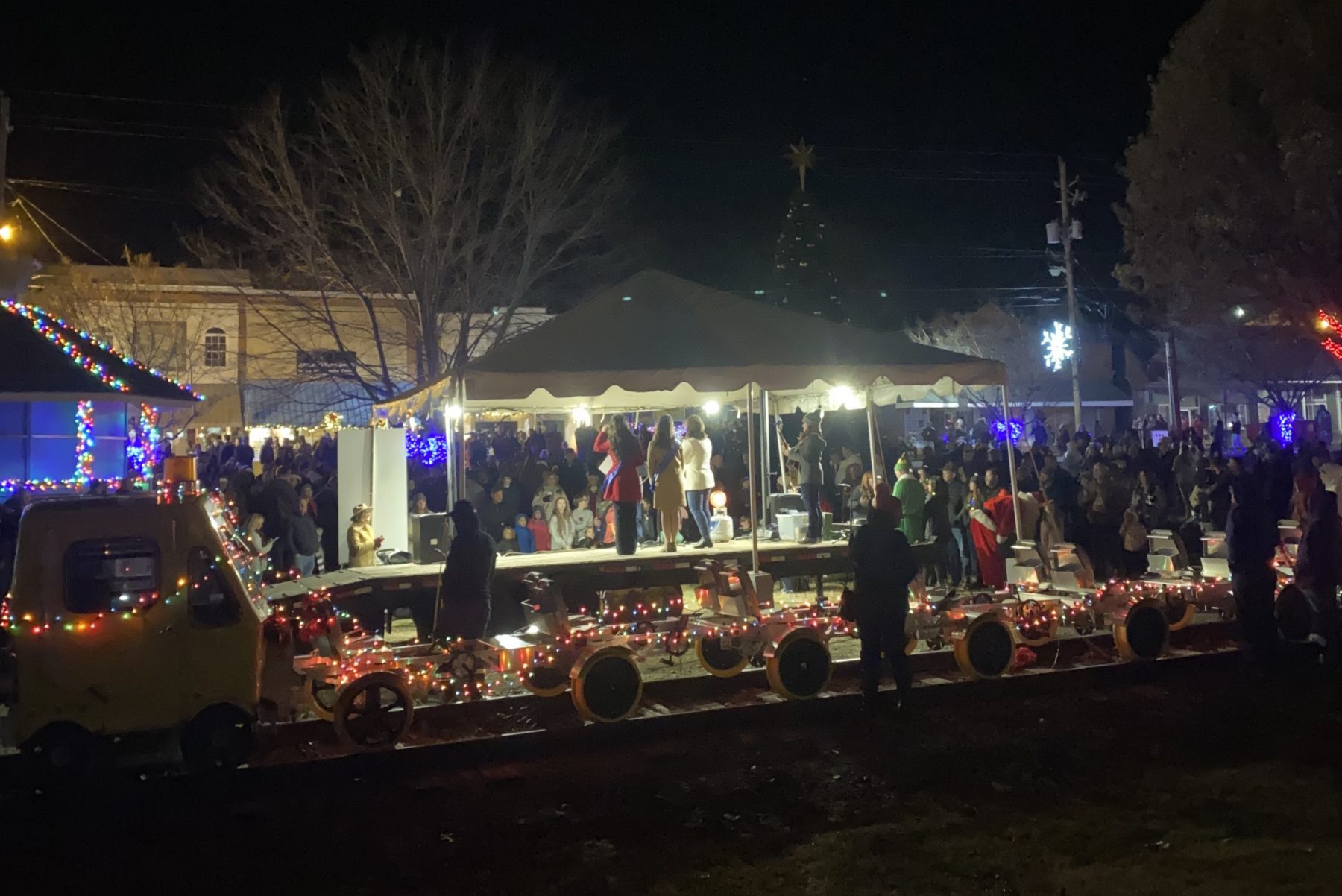 Mayor Whitener spoke to the crowd during the event.

Before starting the countdown, Lofton spoke briefly about his love for Blue Ridge. He asked the crowd, “Are you proud to live here?” and was met with applause. Lofton then began the countdown, and the attendees followed along. The crowd cheered once again as the tree was lit and “Jingle Bell Rock” played.