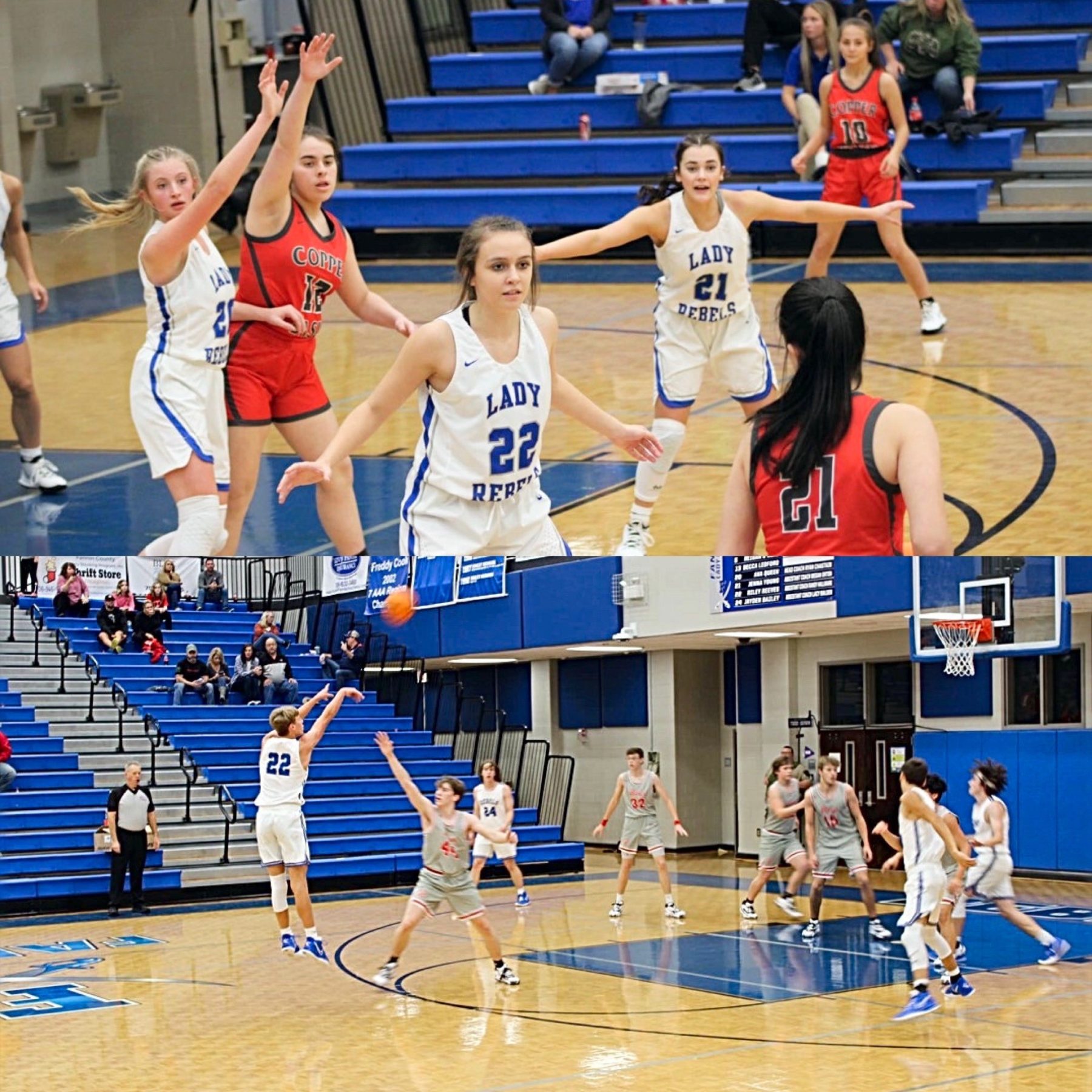 The 2021-2022 Basketball Season is officially underway. Fannin County is hosting the 2021 ETC Piedmont Mountainside Tip Off Tourney. The Tourney is a Round Robin Format between Fannin, Gilmer, Pickens, and Copper Basin.

On Saturday, the Fannin County Rebels would garner the attention of the whole area. Both Fannin Teams combined for a total of 134 Points on the night.

During Pre-Game Warmups, Fannin County Seniors Jenna Young, Reagan York and Becca Ledford all had big smiles on their faces excited to get the season underway.

Fannin would defeat Copper Basin 69- 13. Fannin would jump out to a 21-5 1st Quarter lead and would never look back. Leading Scorers for the Lady Rebels were Courtney Davis with 18 and Becca Ledford with 13. Every Lady Rebel would get in the game. Ellie Cook, Reigan O’Neal, Ava Queen, Jenna Young, Riley Reeves, Jayden Bailey, Macy Hawkins, and Reagan York all provided valuable minutes and contributed to the big Lady Rebels win.

Head Coach Bryan Richerson and the Fannin County boys would also open their 2021-2022 Campaign vs Copper Basin last Saturday Night. Coach Richerson has a talented group that plays tough defense and can put up points quickly as we saw on Saturday.

Fannin defeated Copper Basin 65-28. Leading Scorers for the Rebels were Chasen Ethington with 19 ( 17 in the 2nd Quarter) and Landon Norton with 16 points. The Starting 5 of Norton, Ethington, Bennett, Bryson Wright and Will Jones would each score points in the 1st Quarter that lead to a 17-3 1st Quarter lead for the Rebels.  Much like the Lady Rebels in the previous game vs Copper Basin, every Rebel would get in the game. Riley Angel, Lucas Hanson, Kaleb Green, Walker Ballew, Nick Arp, Ben Bloch, and Luke Davenport all played in the contest and played well marching to a Fannin win.