BLUE RIDGE, Ga – Georgia Speaker of the House David Ralston and State Senator Steve Gooch spoke and goals for the 2022 legislative session at the Fannin Chamber of Commerce’s Eggs and Issues.

Increasing crime rates across the state will be one area of focus for Speaker Ralston who’s presenting a $50 million plan to increase spending for law enforcement and mental health capabilities. 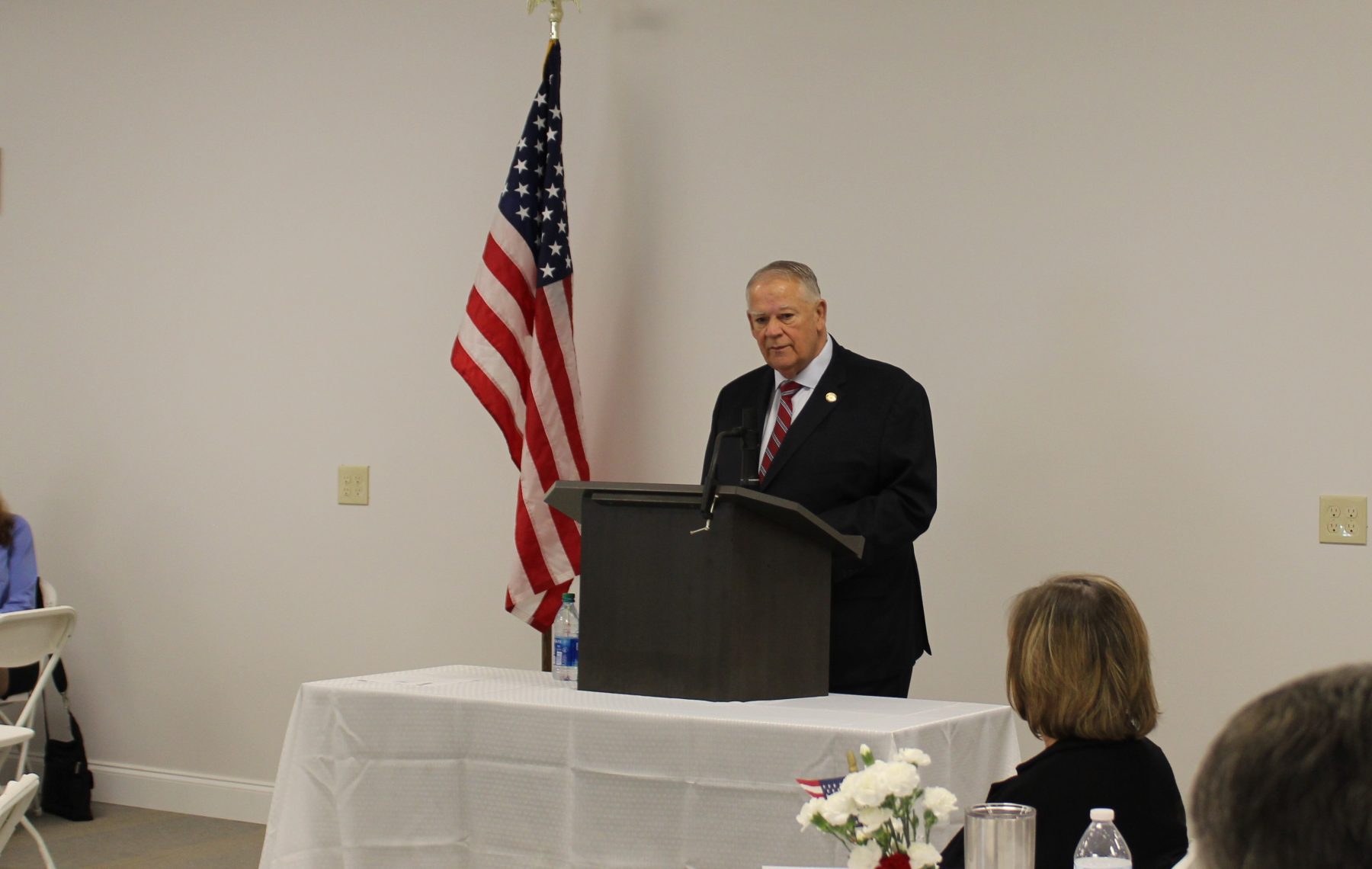 $10 million would go toward a raise for state prosecutors.

$22 million would be delegated to the GBI (Georgia Bureau of Investigation) to speed up the processing of critical evidence. Additionally, the legislature will put forth a piece of legislation that gives the GBI original jurisdiction over election fraud cases.

“Currently, a county has to invite GBI in,” Ralston explained the election investigation process. “Tired of being told by Fulton County that the GBI isn’t welcome.”

Gooch added a lot of debate about crime in Georgia and how to resolve it will be a hot button issue.

Ralston and Gooch discussed the upcoming special session for redistricting the state according to the 2020 Census Data. The session will begin on November 3 and could last two to three weeks.

They must adopt maps for the Federal and state offices which will most likely alter district sizes. North Georgia’s likely to see districts shrink due to more people moving into the area.

Ralston recounted 2011 when Georgia sent maps to a Democratic Justice Department, and they passed without one change. He also spoke about how in 1991 Fannin County was separated into two different districts with Hwy 515 as the dividing line.

“We have a model to go by and we’re going to follow that model, but you’re not going to hear much of that. You’ll hear all of the stuff of unfair politics, trying to pick your voters and all of that,” Ralston added.

Gooch addressed Georgia’s ability to bounce back after the pandemic. In part, Governor Brian Kemp’s decision to reopen the state early aided in that comeback.

“At the Federal level, they saw fit to provide subsidies to sit at home instead of going back to work,” Gooch stated, “Georgia has cut some of those subsidies loose as of early Summer. We believe it’s time to go back to work.” 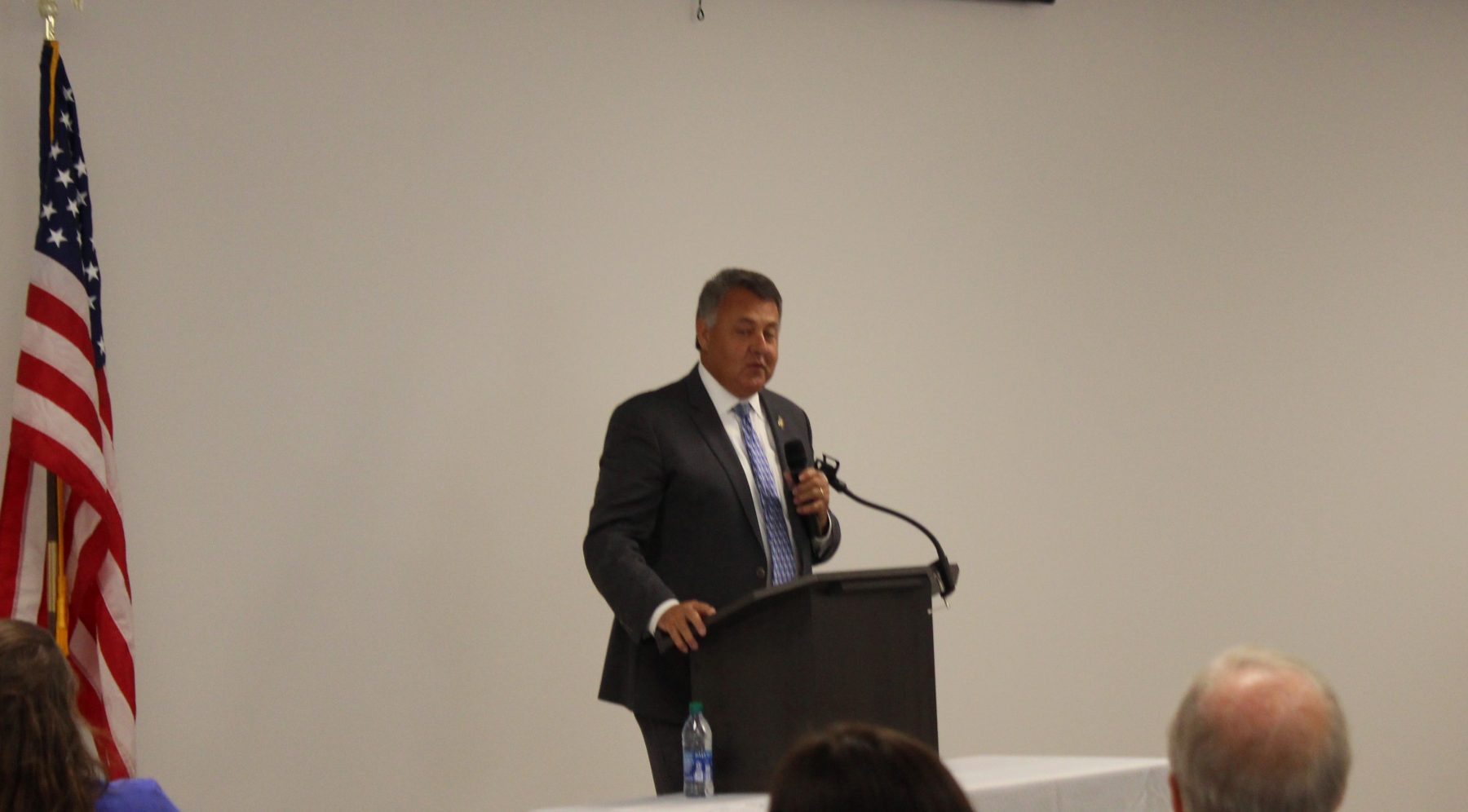 He added that employers across his district can’t find people to work and he doesn’t believe the federal government should be paying people to sit at home if they are capable of work.

“Next year is an election year. If you don’t like what you’re seeing in Washington right now, your recourse is to go vote,” Gooch stated.

Freight and logistics plans are also in the works.

“Literally hundreds of cargo ships are sitting out in the ocean waiting to be unloaded,” Gooch explained the freight problem in Georgia and across ports nationwide. Several Fannin County businesses rely on the port of Savannah and Brunswick for goods.

“We’re working on a logistics plan. It’s going to take several years to roll that out. It’s going to take a lot of funding, but we have to find ways to reduce the choke points in our traffic and congestion around the state. Also, we have to expand our Class One railroad capacity which is very important to us as we move that freight from Savannah up into north Georgia,” Gooch addressed.

The expansion of Hwy. 5 is moving forward according to Gooch. The bids have been taken on phase one of the project and contracts will soon be signed.