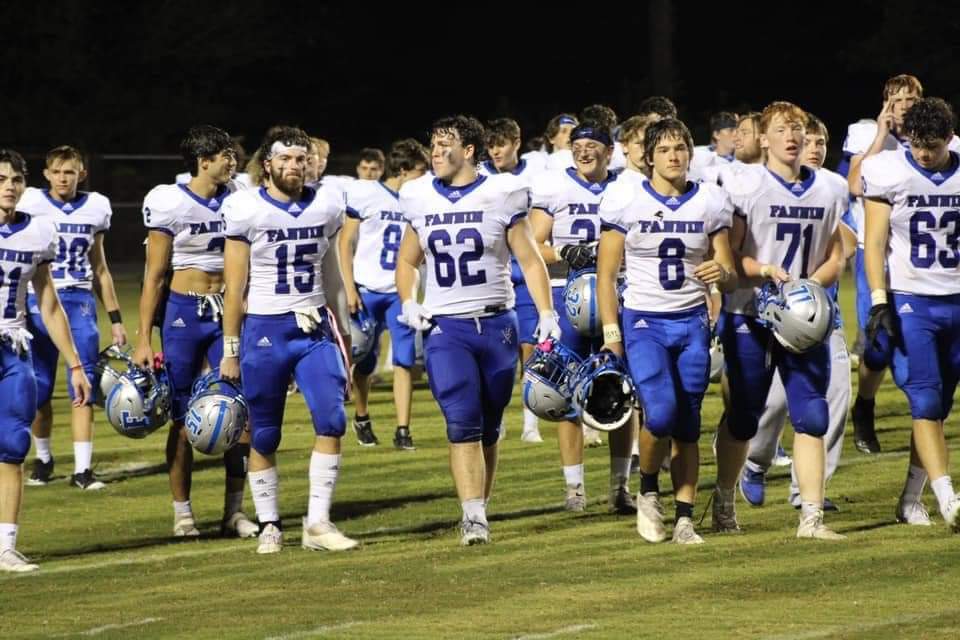 Rome, Ga- Friday night, the Fannin County Rebels traveled to Rome to take on one of their Region 7AA foe’s: The Model Blue Devils.

Five different Fannin County Rebel players scored touchdowns on their way to a 35-7 route of the Blue Devils.

Fannin kicked the ball away to start the game, and Model began their first drive on their own 27 yard line. Just when it looked like the Blue Devils might be able to get some offensive momentum, the Fannin County defense stood tall, forcing a turnover on downs and giving their offense the ball with some pretty decent starting position. Seth Reece and company made quick work of things, as Reece found Cade Sands wide open in the endzone for the first score of the game.

It was much of the same for the rest of the night.

Immediately following the opening touchdown drive, the Rebel defense once again gave the ball back to their offense, and once again their high powered offense found the endzone. This time Rebel Quarterback Seth Reece found Hayden Lynch across the middle for 6.

In the Second Quarter, Fannin punter Jack Katner pinned Model inside their own five yard line with a beautiful punt. Model then proceeded to fumble the ball on the following play and Fannin jumped on it, giving them the football on the Blue Devil 3 yard line. Reece called his own number and walked into the endzone, giving the Rebels a 21-0 lead.

Model would tack on their only score of the game just before halftime.

Austin Garland and David Mashburn found the endzone in the second half for the Rebels, while the Fannin County D didn’t allow a score.

Fannin will now play host to Chattooga on Friday, in what is the de facto Region 7AA Championship game. Come out and support your Rebels on Friday night, as they battle for their 2nd Region Title in as many years.