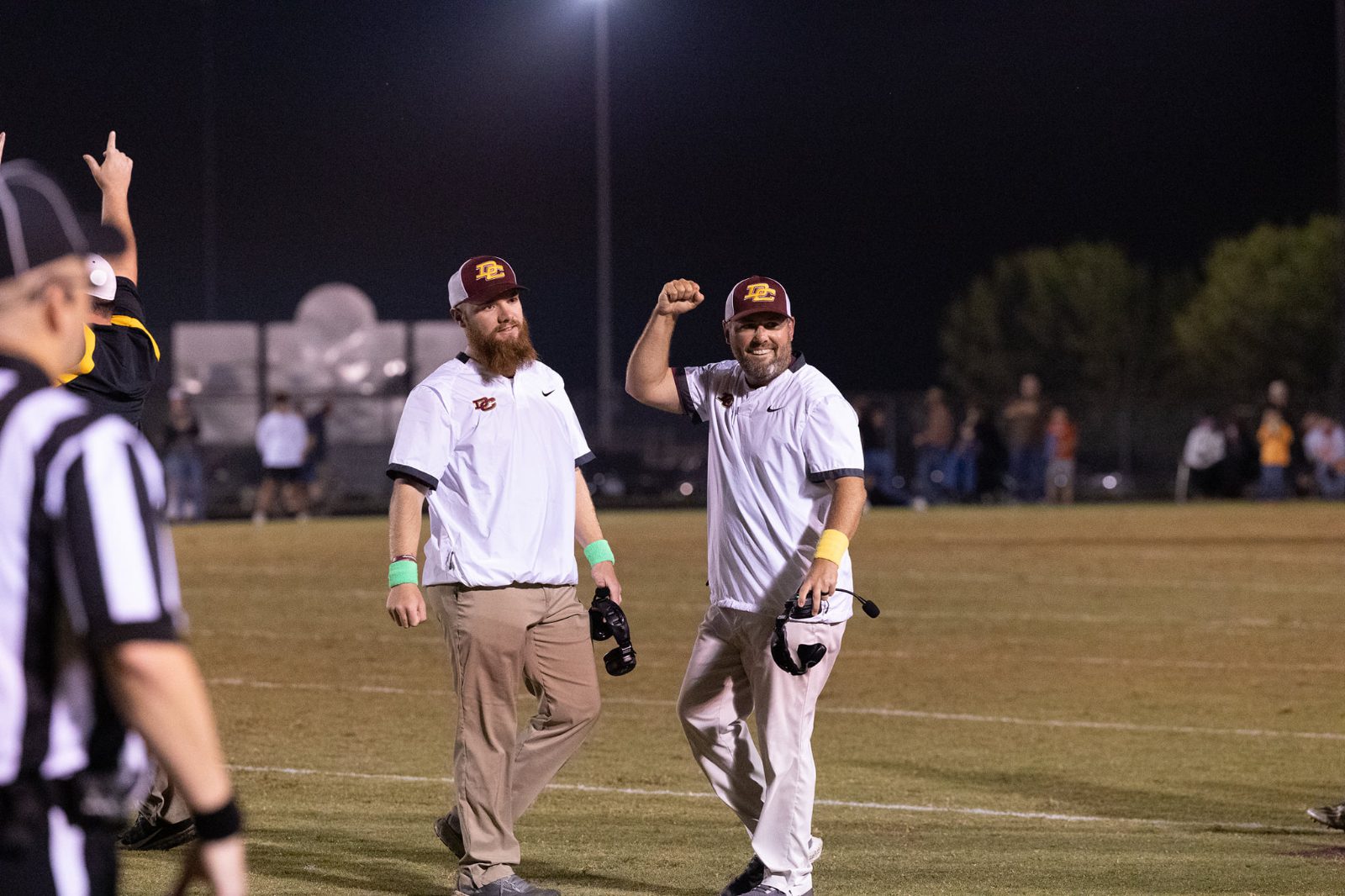 Last Friday was a statement game for the Rebels as Seth Reece put up over 200 total yards in a 40-14 win over Pepperell. The way things are shaking out now it looks like a Fannin Co-Dade Co- Chattooga round robin for the Title.

Standings (Calpreps if no head to head)

Tell of 2 weeks for the Devils. A week after giving up 35 1st half points to the Chattooga Indians, Model came out and put 28 on Coosa in the 1st Quarter last Friday in a 37-7 win.

Dade hosted #4 A South Pittsburg in a non-region matchup at Magic Morgan. The Wolverines won 26-21 behind 133 yards from Senior RB Cayden Cooper.

The Skinny: This will be a game won or lost on turnovers. Model’s defense created 2 first quarter turnovers in their game last week against Coosa setting the Devils up with good field position.  Dade only turned the ball over once last week but had 5 the previous week against Pepperell. The Wolverines may not be so lucky if they do that again Friday. One thing is for certain if you like hard hitting defenses this is the game for you.

What it Means: If Dade wins they stay in the hunt for a home playoff game and possible Region Title with games vs Chattooga and Fannin still left on the schedule. Model would be on track to battle it out with Pepperell for the 4 spot.

If Model wins they jump up this week to 3rd in the standings and in a 7 team Region potentially only a win away from clinching a postseason berth. With the loss Dade would circle games with Coosa and Gordon Central as must wins to make the playoffs.

The Indians got off to a slow start Friday but pulled away from Gordon Central in the 2nd Quarter winning 47-21.

Coosa was only outscored 9 to 7 thru the final 3 quarters Friday but were unable to overcome a tough 1st quarter in which they gave up 28 to Model.

The Skinny: If Friday is any indication both teams are slow starters and this game could be close for a half. Chattooga just has too many playmakers in Lester, Burdick,and Hester to be  held for long.

What it means: Chattooga has their sites set on a Region Title. With games against Fannin and Dade coming up they need to get this one in the bag. A loss here would make their matchup with Pepperell interesting week 10 for a possible 4 spot.

Coosa would jump back into the playoff talk if they were able to pull the big upset.

Gordon Central played both Fannin Co and Chattooga tough through one quarter the last 2 weeks. They were tied with the Indians 0-0 after the 1st last week before eventually falling 47-21.

Pepperell went on the road and lost 40-14 to the defending Champion Fannin Co Rebels.

The Skinny: Huge game for Pepperell. They need a win here or they are playing for their playoff lives. If Gordon Central can keep that 1st Quarter intensity up for a full game..who knows what may happen.

What it means: The winner stays relevant in the playoff talk, the loser is fighting for their postseason life and looking to play spoiler in late October.