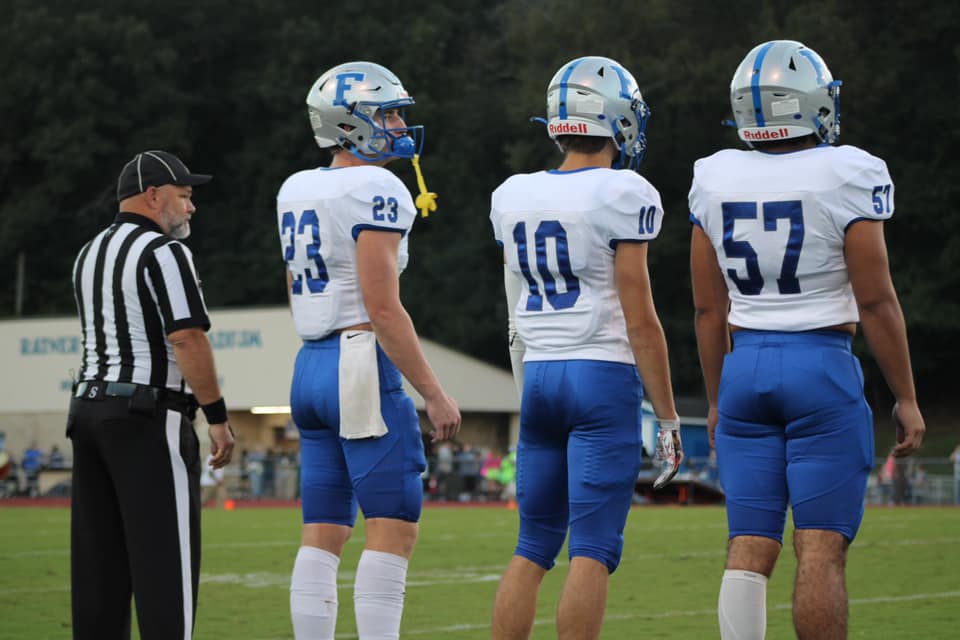 Fannin County defeated Gordon Central 52-7 last Friday night in a region contest in Calhoun. Fannin was led on offense by Seth Reece who had 284 Total Yards.  Cason Owensby was the defensive player of the game 12 total Tackles,  4 Tackles For Loss 1 Sack and 1 Int. Owensby had the opportunity to shine on the offensive side of the Football just like his Older Brother Former Fannin County Rebel Treylyn Owensby. Cason had 58 Total Yards of Offense and 3 TD’s.

Fannin County put up 512 total yards of offense while only allowing Gordon Central to 156.

The Rebels Host Region Rival Pepperell on Friday Night 7;30pm . This is only the 4th all time meeting. But after last year’s game in Lindale, if you were in attendance,  you understand that this is now a rivalry game for Fannin. I will not go into much detail. Let’s just say that both Teams, Coaching Staffs, Players and Fan Base want to win this game Friday Night.

Many  media outlets deemed this game on Friday night  the Region Championship game at the start of the season. And that still could be true. The Region is much more balanced this season with Dade County now becoming a factor. Dade County upset Pepperell last week 21-20. Trust me everyone. Trust me. Pepperell is coming to Blue Ridge with vengeance and redemption on their mind this Friday night. Pepperell must now win out in the region and have a little help if they want to win the region championship. For Fannin, its simple. Win every game and you will be crowned Region Champions for the 2nd year in a row.

Fannin County welcomes a very talented Pepperell Dragon Football Team Led By Head Coach Rick Hurst who is in his 8th Season at Pepperell. Hurst has led the Pepperell Dragons to the playoff’s on each of his 8 seasons in Lindale. Hurst best team was his 2016 Squad. They went 10-2 that season with a regular season loss to Cedartown and Quarterfinal Loss to Benedictine.

Pepperell is led by Star Running Back Dj Rogers. Through his 1st 4 Games Rogers led all of AA in Rushing with 697 yards. His stats from last week’s game vs  Dade County have not been posted yet. Fannin County must do a great job of containing Rogers on Friday Night.

Another Player to watch out for on Friday Night is JR QB Matthew Waddell. Waddell is 44/79 2 TD and 2 INT with 102 Rushing Yards on the season and 1 TD. At the time of this article his Dade County stats were not posted.

Pepperell does not upload their defense stats to Max Preps. 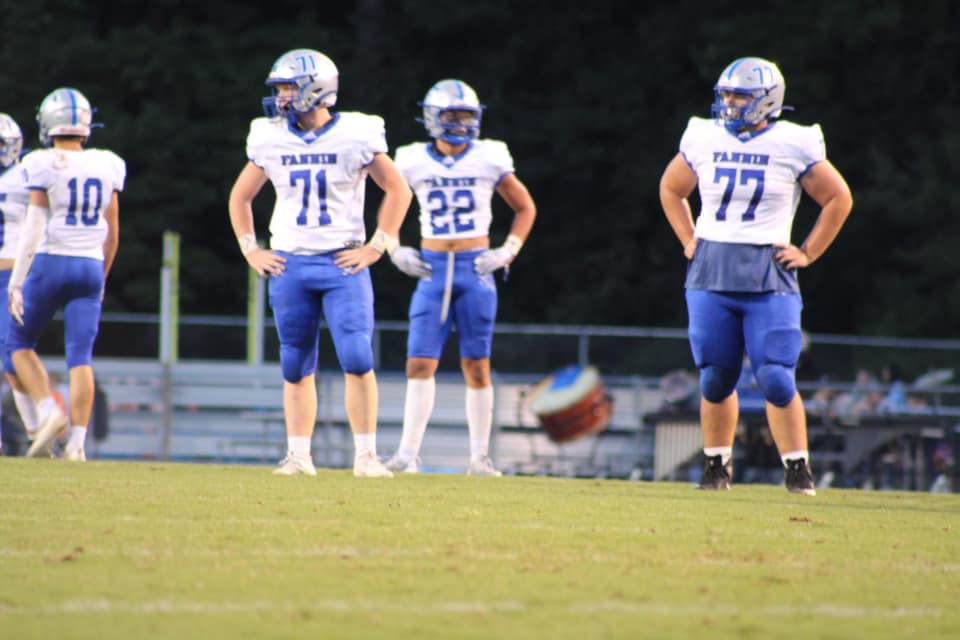 Jeremy Tammen, Cason Owensby and Logan Long get ready for the next play