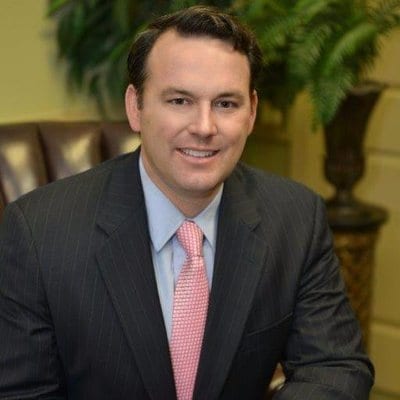 Officials in Maricopa County invited Jones and State Senator Brandon Beach (R – Alpharetta) to visit. They brought along with designated forensic auditors in the Fulton County lawsuit, which seeks to inspect 147,000 ballots. Maricopa County is in the middle of a 2 million ballot audit.

Jones called members of the Pennsylvania delegation who visited Arizona previously and they encouraged him to go and see the operation in person. Jones affirmed that the Arizona auditors were “very professional” and tight-lipped about any potential findings. The Maricopa County audit results will be presented at the end of the process.

The state senator, whom many expect to run for either governor or lt. governor, added that some of Arizona’s issues were “eerily similar to what we say in Fulton.”

The forensic auditors in attendance had an opportunity to ask questions of their Arizona peers and identify the best path forward if the lawsuit continues past June 21. In Georgia, Henry County Superior Court Judge Brian Amero delayed the case after receiving a motion to dismiss.

An audit sanctioned by the General Assembly isn’t likely to manifest with many in the legislature preferring for the courts to sort out the matter.

Jones admitted that even after the passage of SB 202 many Georgia Republicans are hesitant to return to the voting booth. He added it’s time to “change the perception.” He introduced two bills last session dealing with the Dominion Voting Machine system, but at this time, it’s unclear if Georgia will change systems before the 2022 election cycle. The state agreed to a $140 million contract over 10 years for the machines.

“Our people aren’t happy,” Jones said of the Republican base and the state shouldn’t “double down on a bad investment.” Additionally, soon counties will start paying for the maintenance of the Dominion machines. The state previously paid for upkeep, and it could cost counties an estimated $50,000.

Jones was stripped of his leadership positions in the Senate for his strong stance on investigating the 2020 election by Lt. Governor Geoff Duncan.

Duncan has since decided to not seek reelection in 2022 while Jones received the new “Warrior Awards” from the State Republican Convention in Jekyll Island last week.