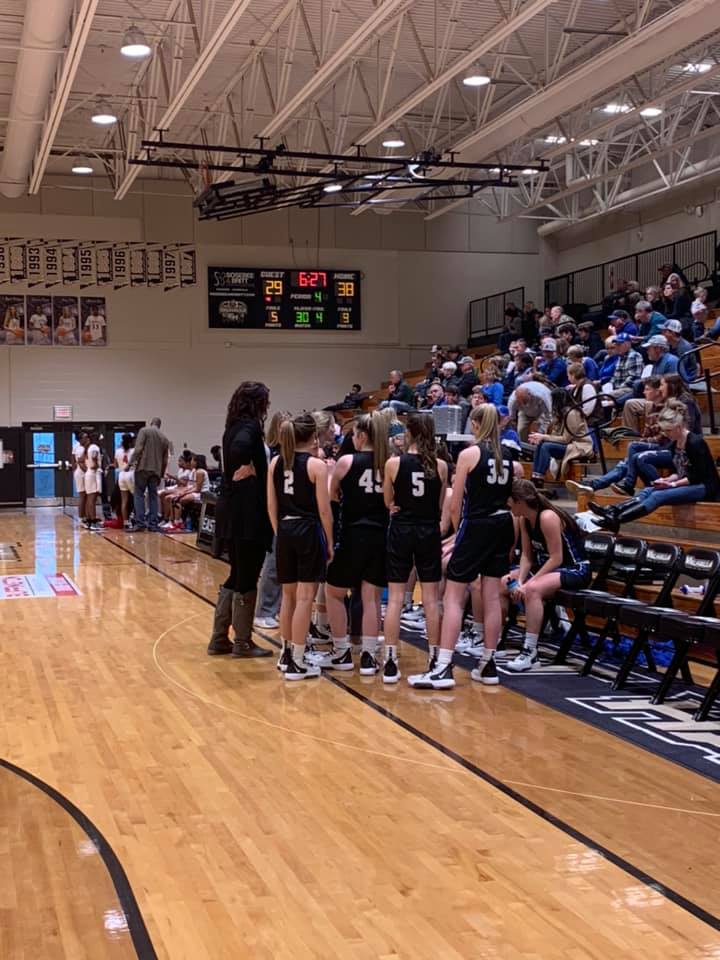 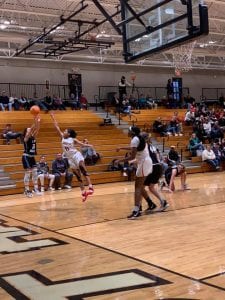 Yesterday, Feb. 7, the Fannin Co. Lady Rebels (17-11) basketball team traveled to East Hall to take on Greater Atlanta Christian (14-11) for the second round of the region tournament. Both teams were fighting for a win to move on to the championship game that would be played the next day, but the Spartans were able to pull off a 55-43 victory to compete for first place the next day.

Both teams came out ready to play from tip off as Greater Atlanta Christian got the ball. It was a fast paced yet low scoring quarter as it took both teams a few minutes to put any points on the board. The Lady Spartans were the first to put points on the board and gain an early lead as they drove to the basket. Mackenzie Johnson was the first to score any points for Fannin as she drove to the basket to put Fannin on the board. Abby Ledford continued the trend as she earned points from a made layup and free throws to add five points to Fannin’s score to end the first quarter with GAC in the lead with a score of 10-6.

Becca Ledford was working hard as she was able to make a layup and put the Rebels behind by only two points with a score of 23-21. Ledford was the one to lead the Lady Rebels in scoring for the night with 18 points. The Spartans were able to keep making their way to the basket as they kept their lead and added onto their score. Reagan York also showed off her hustle as she made her way past the defense to score a layup and draw a foul where she made both of her free throws. Despite Fannin’s hard work attempting to catch up, GAC was able to keep their lead with a score of 22-17. 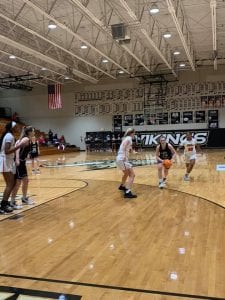 Abby Ledford driving to the basket for the Rebels

The crowd was on their feet to start the second half and you could feel the energy fill the gym. Both teams were so hopeful and fought until the end for a victory. The Rebels began to look inside to their posts to start the third quarter. Sadiee Collins and Olivia Sisson showed off their moves on the block as they each made a basket to add to Fannin’s score. Natalie Thomas was on fire with her outside shooting as she contributed 10 of her own points to the Rebels score. On one set of her foul shots, Thomas was able to make them both to tie the game 29-29. With Fannin just a shot away from taking the lead for the first time in the game, the Spartans made a last second basket on the block to put the score at 31-29 to go into the final quarter.

Tension was high as the fourth quarter began. The Spartans found their fire right as the eight minutes began as they made two layups back to back, followed by a 3 point shot to take back their lead. The Rebels were able to add more points on the board, but it was not enough to catch up to the Spartans as the buzzer sounded on their 55-43 victory.

The Rebel’s win put their overall record at 17-11 and their region record at 7-7. Catch Fannin’s next game today as they travel to East Hall to take on Dawson County at 3pm to see who will claim third place in the region.