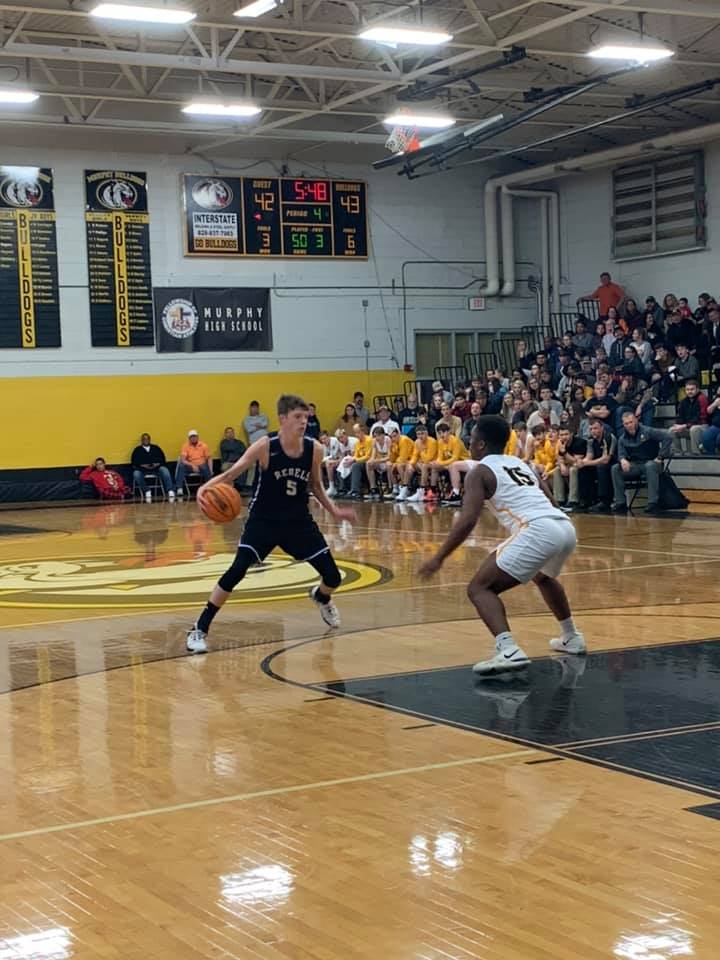 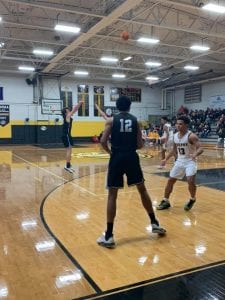 Jordan Bennett going up for a shot for Fannin

Last night, the Fannin Rebels (7-18, 0-12 Region 7AAA) traveled to Murphy to take on the Bulldogs for their second matchup of the season. Fannin beat Murphy the first time around and was able to keep the trend going by closing out the night with a close 48-46 victory.

Murphy got the ball from tipoff where they wasted no time putting the ball into action and getting an early lead. Fannin was right behind the Bulldogs as they were quick to respond with their own made baskets. Landon Norton was the one to lead Fannin in scoring for the night with 14 points overall, 12 of them being from made 3 point shots. Jerritt Holloway was also aggressive with the ball as he scored a layup to add to the Rebels score. To end the first quarter, Fannin trailed right behind Murphy with a score of 16-11.

Fannin showed off their hustle to start off the second quarter. Cohutta Hyde drove past the defense as he added four points to Fannin’s score. Kaeden Twiggs followed the trend as he made his way to the basket to contribute seven points of his own. The score kept going back and forth from team to team before Fannin took the lead and went into halftime with a score of 31-29. 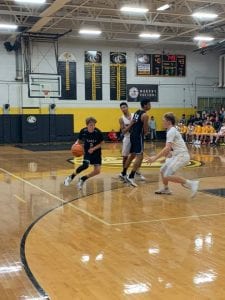 Landon Norton showing off his ball handling skills for Fannin

The Rebels began to look inside to their posts to start off the second half of the game. Jalen Ingram showed off his moves on the block as he added 12 points to Fannin’s score. Brady Martin continued the trend as he contributed a basket of his own to put the Rebels right behind Murphy with a score of 43-40.

Fannin continued to fight as the game went on. Both teams put their heart into the game and it showed by their performance on the court. Andre Bivens got after it as he made his way past the defense right to the basket to add four points to Fannin’s score. Jordan Bennett was aggressive on offense as he drove to the basket for a layup where he drew a foul and made a foul shot to add to board. While the lead kept going from team to team, Fannin was able to close out the game with a 48-46 victory. The Rebels win puts their overall record at 7-18 while their region record remains at 0-12.