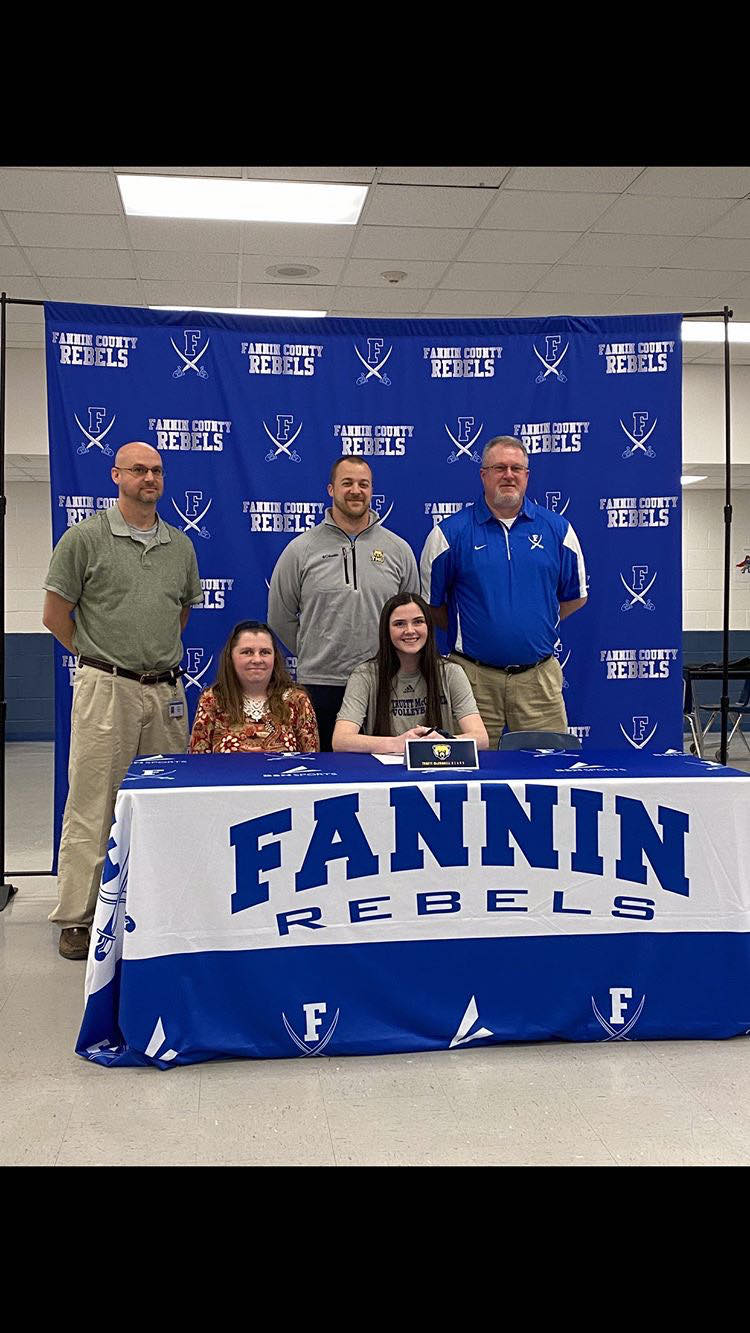 Fannin Co. Lady Rebels volleyball player, Cheyanne Tilson, committed to Truett McConnell University today to further her volleyball career. Not only was Cheyanne committing to play volleyball at Truett, but so was one of her closest teammates, Haley Parks. All of Cheyanne’s friends and family filled the cafeteria for this special day. 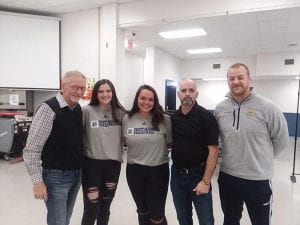 Tilson is a senior at Fannin County High School who has played volleyball for the school for four years. She is a dedicated player who has been awarded for her great performance on the court for the past three years where she has played on the varsity team, received the Offensive Player of the Year Award, and earned the award for Most Valuable Player. When asking the senior why she chose Truett McConell, she stated, “I chose Truett McConnell because I loved the campus and the team. I wanted a college that wasn’t too far away from home and Truett was a perfect fit.”

“Cheyanne and Haley have set examples of what is possible for players in this sport which receives very little if any recognition from the community and the school. It was my honor and privilege to have been a part of their high school careers and I look forward to following their achievements at Truett McConnell,”  head coach of the Lady Rebels volleyball team, Jason Stanley, stated about his players.