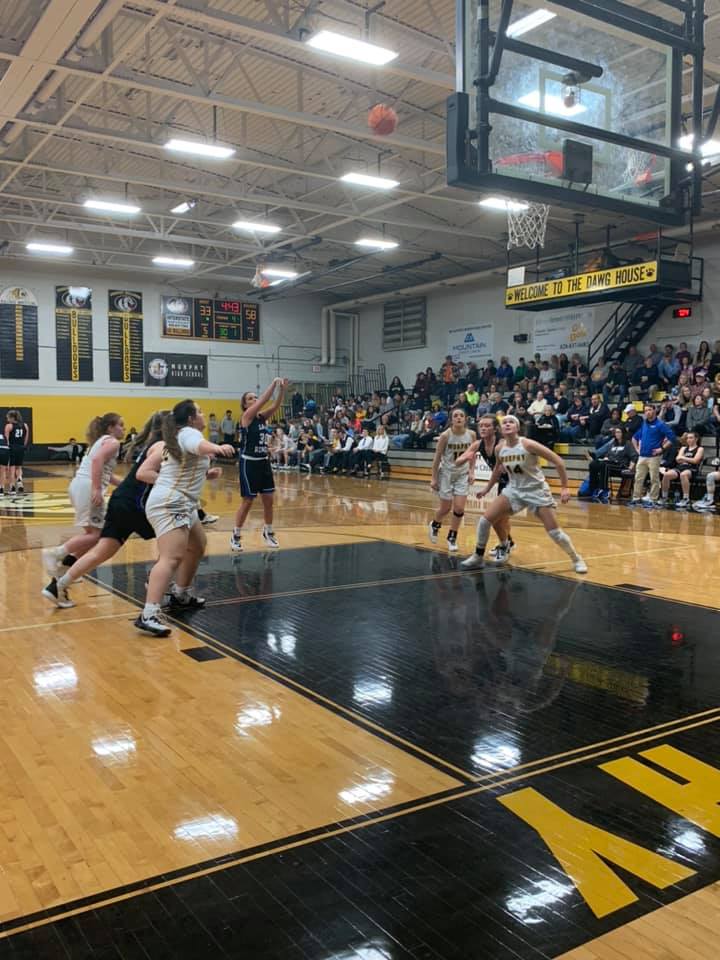 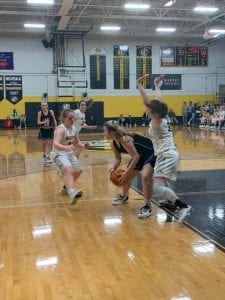 Page Forsman making a move on the block for Fannin

Saturday night, the Lady Rebels (16-10, 6-6 Region 7AAA) traveled to Murphy to take on the Bulldogs for their second matchup of the season. Although Fannin looked to redeem themselves from their last loss to Murphy, the Bulldogs ended up running away with a 63-44 victory.

The Bulldogs got the ball from tipoff as they wasted no time to put the ball into action. While Murphy passed around the key to create open shots, Fannin made outside shots to add to their score. Natalie Thomas led Fannin in scoring for the night with 11 points from her outside shots. Abby Ledford followed the trend as she added 10 of her own points to the Rebels score, six being from shots above the key. Murphy responded to Fannin by making their fair share of 3 point shots and closing out the first quarter with a 23-9 lead.

Murphy continued to extend their lead to start off the second quarter. Becca Ledford showed off her hustle as she drove past the defense and added nine points to the Rebels score. Riley Reeves made her mark in the game as she made a three pointer to add to Fannin’s score. Despite Fannin making their way to the basket, the Bulldogs were able to push right through Fannin’s defense and keep their lead with a score of 39-20. 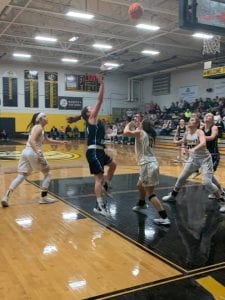 Becca Ledford goes up for a layup for Fannin

To start off the second half, Fannin began to look inside to their posts to score more points, Saidee Collins showed off her moves on the block as she made a basket followed by two made free throws to add to Fannin’s score. Page Forsman did the same as she made a basket of her own to put on the board for the Rebels to put the score at 55-28 with Murphy still in the lead.

Although Fannin was behind, they continued to work hard to make their way to the basket. Mackenzie Johnson showed off her speed as she rushed up the court to score a layup and drew a foul to add a free throw to Fannin’s score. Reagan York continued the trend as she drew a foul and made both of her shots to put the score at 63-44 for the Bulldogs to walk away with their second victory against the Rebels. Fannin’s loss puts their overall record at 16-10 while their region record remains the same at 6-6.