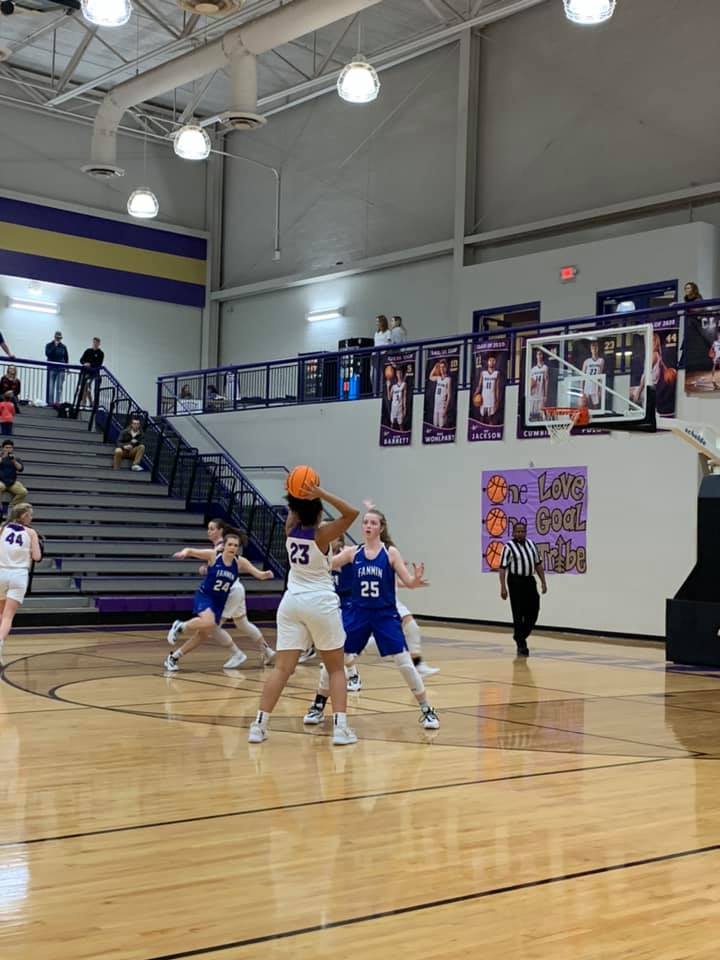 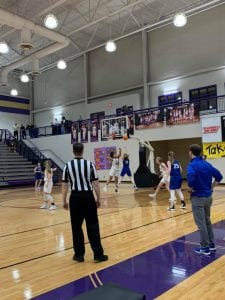 Saidee Collins goes up for a shot on the block

Last night, the Lady Rebels (13-8, 4-5 Region 7-AAA) traveled to Lumpkin Co. to take on the Lady Indians (12-8, 4-5) for their second region matchup of the season. Although Fannin Co. almost made a comeback after falling behind early, Lumpkin Co. was the one to walk away with a 53-47 victory.

The Lady Indians came out ready to play as they were able to get the early lead over Fannin Co. While the Lady Rebels mostly drove to the basket and looked inside to their posts for their points, Lumpkin Co. was shooting well from outside. Sophomore Morgan Holt was the one to lead the Lady Rebels in scoring for the night as she earned 13 points overall. The Lady Indians made their mark in the first quarter and were able to close it out with a 16-8 lead.

Fannin Co. full-court pressed the Lady Indians to start off the second quarter. The Lady Rebels were putting up a great defense as they kept the Lady Indians from scoring in the first several minutes. Olivia Sisson added four points to Fannin Co.’s score. Saidee Collins followed the trend as she had moves on the block to make baskets and draw fouls to earn eight points of her own. Although Fannin Co. was doing great on the block, Lumpkin Co. had a 25-18 lead to go into halftime.

To start off the second half, Fannin Co. began to find their fire. Holt made some shots from outside as Reagan York drove to the basket and added 10 points to the Lady Rebels score. Fannin was able to tighten up their defense and made it harder for Lumpkin Co. to get to the basket. The Lady Rebels tied the game 30-30 in the third before Lumpkin Co. quickly responded to end the third quarter with a 39-38 lead. 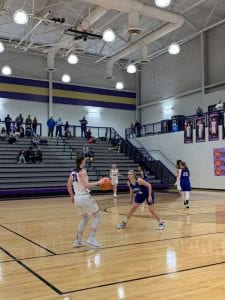 Mackenzie Johnson and Abby Ledford got after it as they showed off their hustle by each making a basket to add to Fannin Co.’s score. Johnson played scrappy on defense as she was called for her fifth foul in hopes of keeping the Lady Indians from scoring more points.Despite their fight, the Lady Rebels were unable to get their lead back. Lumpkin Co. was able to close out the night with a 53-47 victory.

Fannin Co.’s loss puts their overall record at 13-8 while their region record stands at 4-5. Catch the Lady Rebels next game as they travel to Cherokee Bluff on Tuesday, Jan. 21, to take on the Lady Bears at 5 p.m.