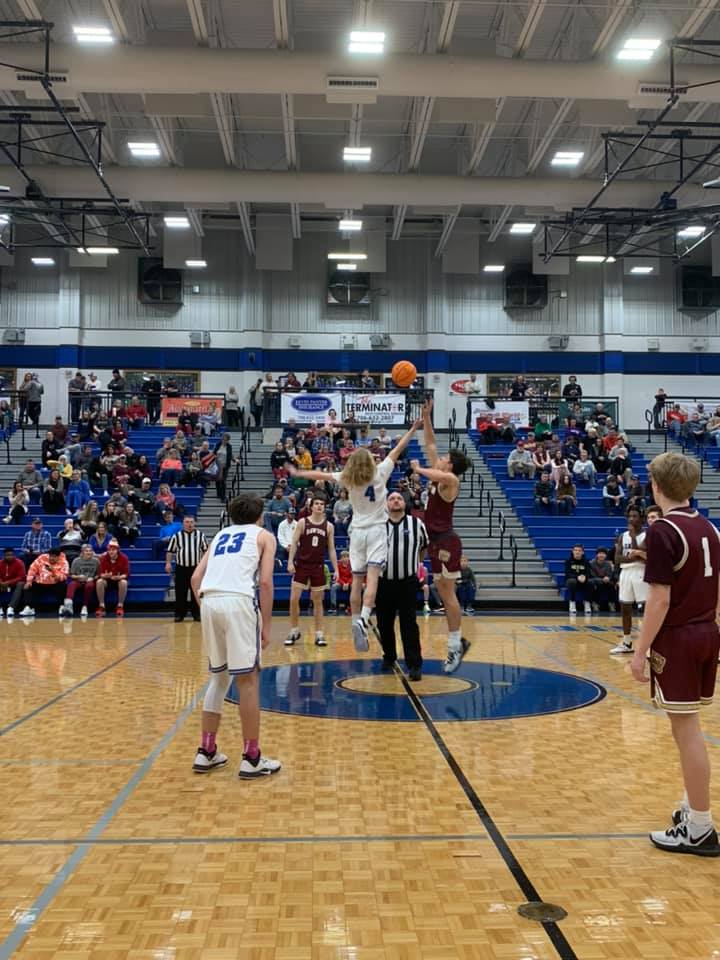 Last night, Jan. 14, the North Hall Trojans (15-6, 6-2 Region 7-AAA) traveled to Fannin County to take on the Rebels (5-14, 0-8 Region 7-AAA) for their second region matchup of the season. Fannin went into the night with hopes of redeeming themselves from their prior loss to North Hall, but found themselves falling short once again with a 60-32 loss.

North Hall earned the ball from tip-off where they wasted no time putting it into action. The Trojans were on fire with their 3 point shots, which turned out to be their main form of scoring while Fannin drove to the basket. Jerritt Holloway responded to the Trojan’s as he hit a 3 point shot of his own to add to Fannin’s score. Both teams played a great defense as they got after the ball and made the other work to score points. Cohutta Hyde was the one to drive to the basket and lead Fannin in scoring for the night with 11 points. Despite both teams hustle, North Hall claimed a 14-9 lead to close out the first quarter.

Both teams started off the second quarter strong as they kept each other from scoring for the first three minutes until the Trojans banked a 3 pointer. Jalen Ingram had a great night on the block as he showed off his spin move and added 4 points to Fannin’s score. Miles Johnson pushed back the defense and was able to put six points on the board for Fannin. Brady Martin added two points from the block and Dylan Collins followed right behind as he drew a foul and made a free throw to add to Fannin’s score. Although Fannin’s posts were working hard on the block, the Trojans extended their lead and went into halftime with a score of 30-16.

After the half, North Hall began to run away with their lead. Andre Bivens showed off his hustle as he drove to the basket and scored a layup for Fannin. Eli Brisbay-Cochran followed the trend as he made an outside shot to earn 2 of his own points. North Hall kept shooting their 3’s as they extended their lead 51-27 to go into the fourth quarter.

Fannin began to get scrappy on defense to start off the fourth quarter. The Rebels began to foul the Trojans in hopes of keeping them from the basket. Landon Norton managed to draw a foul and make a free throw to add to Fannin’s score before the buzzer sounded on North Halls 60-32 victory.

The Rebel’s loss puts their overall record at 5-14 and their region record at 0-8. Catch Fannin’s next game on Friday as they travel to take on the Lumpkin County Indians starting at 7:30pm!