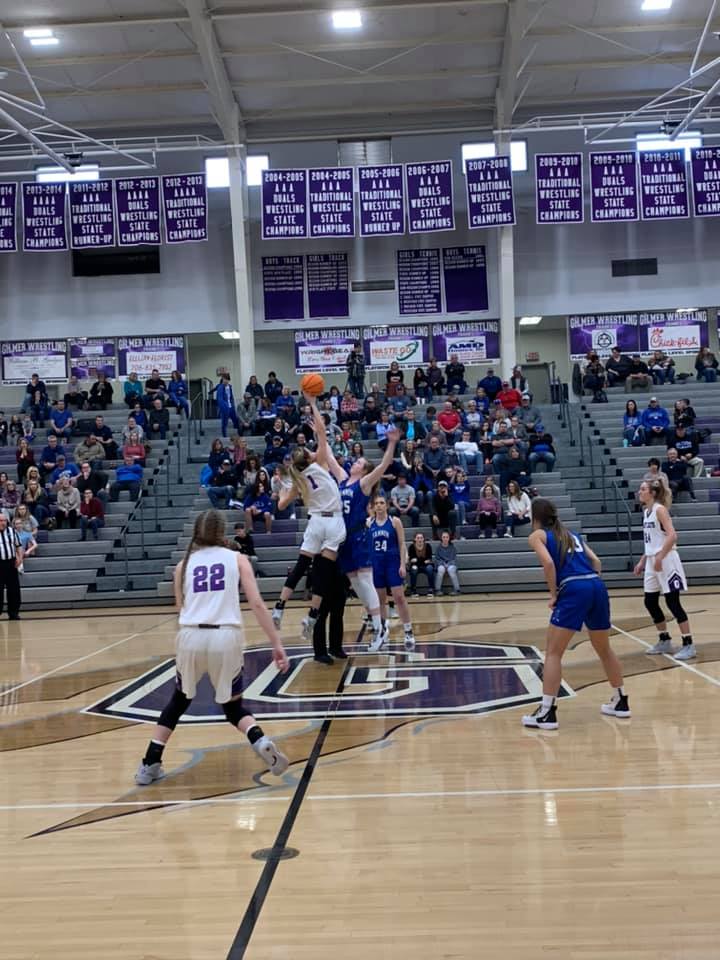 The Fannin Co. girls basketball team (11-4, 3-2 Region 7-AAA) traveled to Ellijay on Saturday, Jan. 4, to take on Gilmer (11-4, 6-0 Region 6-AAAA) in the second game between the two rivals this season. While the Lady Rebels one by just one point in the teams’ first matchup, Fannin Co. used a healthy dose of made free throws in the fourth quarter to pull away in the second and earn the 57-45 win. 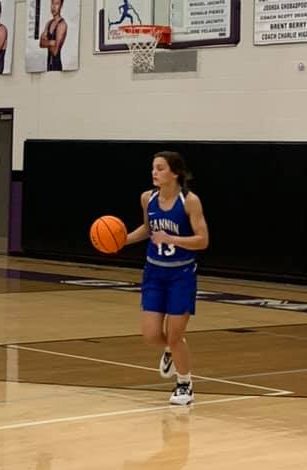 The Lady Cats got the ball from tip and had no hesitation to put it into action to get the early lead. Fannin Co.’s Becca Ledford was the one to five the team the first lead at 6-4 for the Lady Rebels by driving to the basket for a layup. Ledford had a great game where she showed off her hustle and added nine points on the night for Fannin Co. Morgan Holt was on fire as she led the Rebels in scoring with 22 points. Holt was able to hit a 3-pointer to put Fannin Co. ahead 11-6 before the Lady Cats tied up the game 11-11 to end the first quarter.

Fannin Co. took the lead to start off the second quarter as Holt made a jump shot to put the score at 13-11. Saidee Collins followed the trend as she extended the lead from a rebound shot to put the score at 15-11. Collins had a great night on the block as she made moves and added nine points to the Rebel’s score. From then on, the Lady Rebels refused to give up their lead. Olivia Sisson also had spunk down low as she made a shot of her own. As the buzzer sounded, a Lady Bobcat hit a 3-pointer to put them behind Fannin Co. 33-22 to go into halftime.

Gilmer’s defense came to life to start the second half as they only let the Lady Rebels score five points, while they scored nine. Abby Ledford showed off her outside shooting game as she added five points to Fannin Co.’s score. Mackenzie Johnson had spunk as she was able to draw fouls and make 10 points of her own, eight of them being from made free throws. With Gilmer trailing right behind, the Lady Rebels closed out the third quarter with a 38-31 lead.

Tension was high at the start of the fourth quarter as both teams started to run into foul trouble. While two of Fannin’s players had four fouls, they were able to play it smart and keep from getting their fifth. Gilmer on the other hand was not so lucky. There were two Lady Cats to foul out of the game. Fannin Co. found themselves standing at the free throw line for the majority of the quarter due to three technical fouls being called on Gilmer. In the end, it all came down to Fannin Co.’s made free throws that won them the game 57-45.

Fannin Co.’s victory puts their overall record at 12-4 and Gilmer’s at 11-5. Catch the Lady Rebels next game as they travel to Greater Atlanta Christain on Tuesday, Jan. 7, beginning at. 6 p.m.