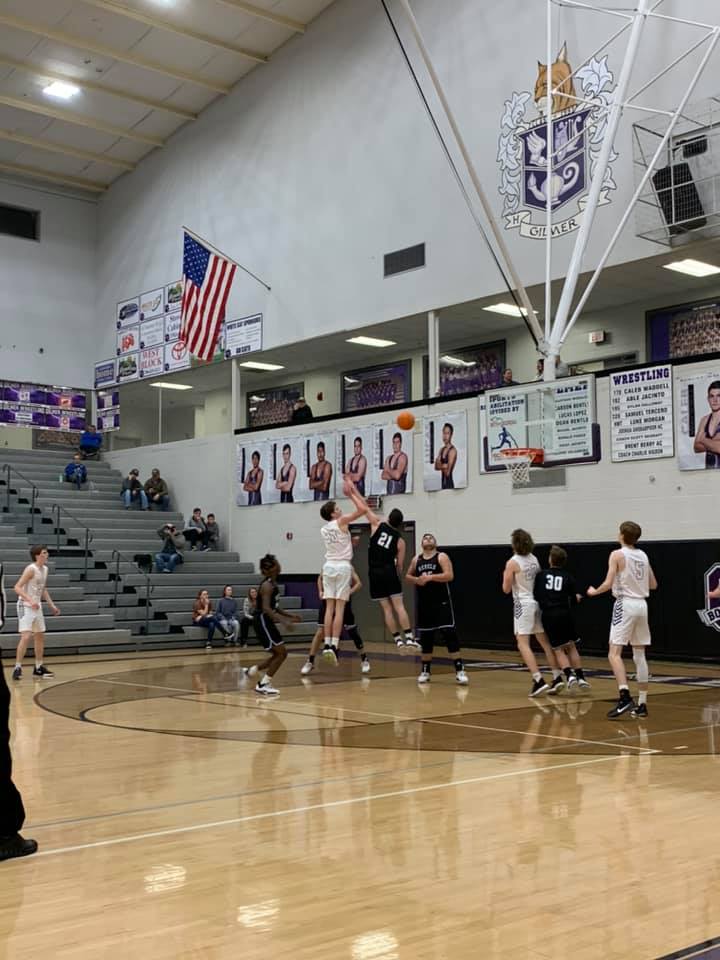 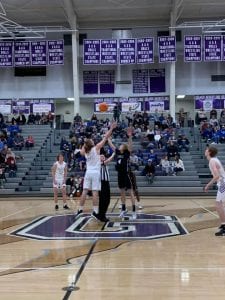 Cohutta Hyde jumping for the ball at tip off

Last night, the Fannin Rebels  (5-9, 0-5 Region 7-AAA) went head to head with the Gilmer Bobcats (5-6, 2-3) for their rival match-up. Fannin lost their last game against the Bobcats by just two points and hoped to redeem themselves with a win.

Gilmer got the ball from tip off where they wasted no time to put points on the board. The Bobcats banked a 3 point shot to get an early lead over Fannin which was followed by a made layup to put the score at 5-0. Landon Norton showed off his outside shooting game as he led Fannin in scoring with 18 points, 12 of them being from made 3 point shots. Andre Bivens had his fair share of 3 point shots as he added eight points to the Rebel’s score for the night. While Fannin was hot above the key, Gilmer scored most of their points from taking open shots in the middle. With Fannin trailing right behind, the Bobcats closed out the first quarter with an 18-14 lead.

Fannin began to full court press the Bobcats to start the second quarter in hopes to keep them from scoring. Gilmer was able to break this press and had good looks inside to their posts for points. The Rebel’s posts also worked hard on the block as Jalen Ingram showed off his spin moves and added seven points to the Rebel’s score for the night. Miles Johnson trailed right behind Ingram as he added 5 of his own points on the board. Brady Martin also had grit where he was able to score four points of his own before going into halftime. The Bobcats were able to extend their lead over Fannin with a score of 34-21 to end the second quarter. 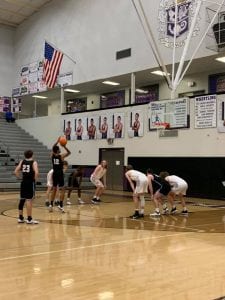 To start off the second half, Fannin was able to draw fouls and make free throws. Cohutta Hyde drove past the Bobcats defense and was able to add seven points to Fannin’s score, three of them being from foul shots. Jordan Bennett did the same as he added three points to the Rebel’s score from the free throw line. As Fannin scored their points from the free throw line, Gilmer scored most of theirs from the block and ended the third quarter with a close 44-38 lead.

Although they were behind, Fannin fought until the end in hopes of catching up to the Bobcats. In efforts to stop the ball, both teams began to get into foul trouble. Two Bobcats were the first to foul out as numerous Rebel’s were in foul trouble. Jalen Ingram was the first to foul out for Fannin which was followed by Andre Bivens, Landon Norton, and Miles Johnson. Cohutta Hyde was in danger with four fouls, but was able to play it safe and stay in the game for the buzzer to sound on Gilmer’s 70-52 victory.

Fannin’s loss puts their overall record at 5-10 while Gilmer’s stands at 6-6. Catch the Rebel’s next game on Tuesday as they travel to Greater Atlanta Christian to play at 7:30pm!