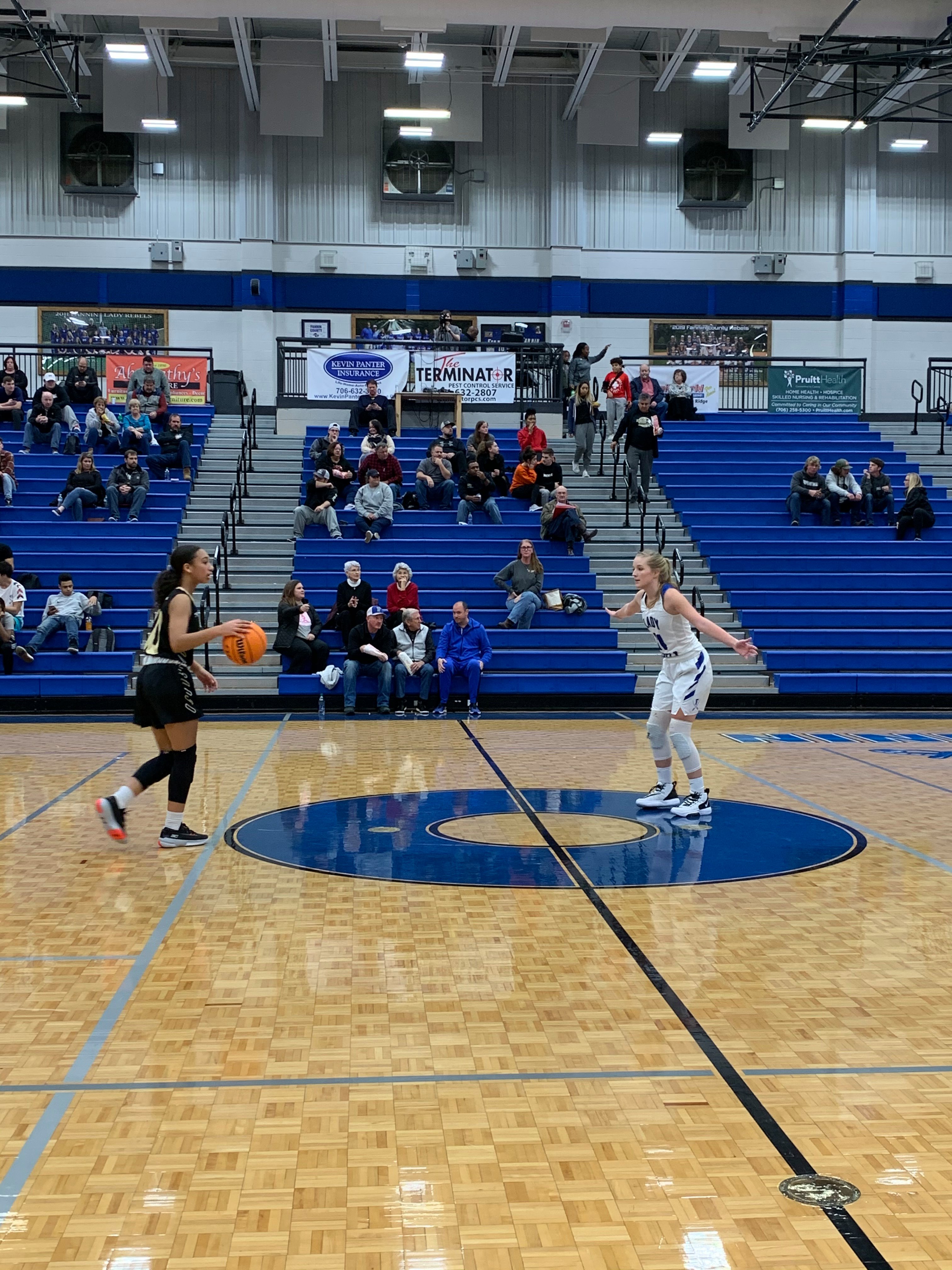 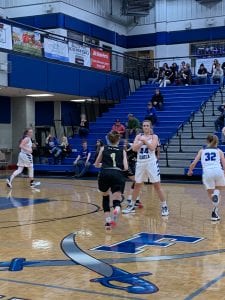 Olivia Sisson setting a screen for her teammate

Going into the game, the Lady Rebels were ranked fourth in their region and hoped to get a win over the East Hall Vikings (3-5, 2-1 Region 7-AAA) to keep their title. The Lady Vikings traveled to Fannin Co (7-3, 2-2 Region 7-AAA)  for the region match up.

The Vikings were able to take an early lead as they banked a three point shot to get the game started. Morgan Holt was the first Lady Rebel to put the ball into action and score a basket with a spin move. Holt continued to show off her great ball handling skills for the night as she added eight points to Fannin’s score. Abby Ledford drove to the basket for Fannin to take the 4-3 lead and did it again the very next play to put the score at 6-3. Ledford led the Rebels in scoring with ten points overall. East Hall quickly caught up as they banked another three to tie up the game 6-6. Reagan York made an outside shot to tie the game 8-8 after the Vikings made their way to the goal for a layup. East Hall was able to score another basket and put themselves ahead 10-8 to close out the first quarter.

Saidee Collins was the one who got the lead that Fannin would run away with as she made a foul shot to put the Rebels ahead 15-14. Collins had spunk on the block as she drew fouls and added two free throws to Fannin’s score. From there, Fannin kept extending their lead and never looked back. Mackenzie Johnson followed Collins trend as she contributed nine points to Fannin’s score, seven of them being from made foul shots. As Fannin pulled ahead, they went into halftime with a 21-14 lead. 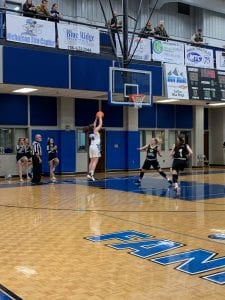 Abby Ledford going up for a jumpshot

Fannin came out in the second half ready to make East Hall work to get to their basket. The Rebels played solid defense as they kept the Vikings from scoring for the first six minutes of the quarter. Becca Ledford showed off her hustle as she drove past the defense for a layup and later drew a foul to also contribute a foul shot to Fannin’s score. Becca was the last to score in the third quarter and put Fannin ahead 29-18 to go into the fourth quarter.

While the Vikings trailed close behind, the Rebels refused to give up their lead. Olivia Sisson was aggressive on the block for the night as she earned rebounds and added a basket to Fannin’s score. The final quarter was filled with fouls as the Vikings tried to get the ball back and keep Fannin from driving to the basket. Despite East Hall’s efforts, Fannin walked away with a 39-28 region victory.