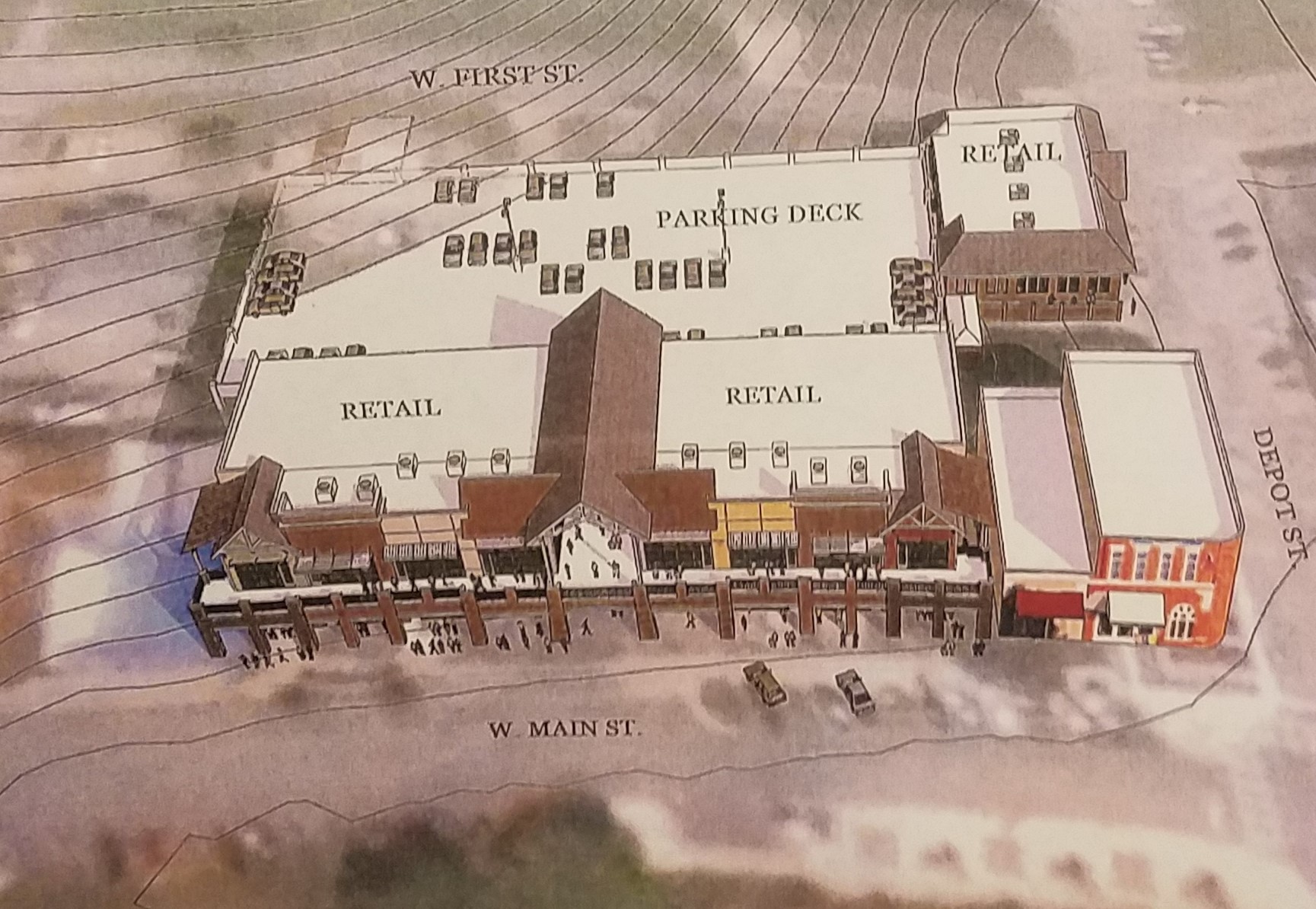 The developer purchased the old United Methodist Church site approximately two years ago with plans to bring more retail and parking deck to the downtown area. The entire project is privately funded.

Fannin County Board of Commissioners granted Hawthorne Ventures a right of way easement to place tendon wires underneath the Social Security building to support the parking deck’s retaining wall.

“The back-corner grade sits up quite a bit higher than the front of the street, and we’re having to install a retaining wall,” explained John Kieffer, “It’s going to be a short wall, and we’re going to need tendons to support [it].”

The wall sits on the old United Methodist property, but tendons start around eight or ten feet below the wall and drive in at a 20 percent downgrade. The goal is to hit the surrounding bedrock for stability. The tendons go anywhere from 12 to 40 feet underground.

Project engineers are working to ensure the supports won’t disrupt the structural integrity of the Social Security building. The tendons won’t be visible above ground.

Due to funding from a private investor, parking in the desk will cost drivers $5 in a numbered lot. Cash will not be accepted. People can download an app to pay or use the machine on site.

The proposed retail spaces should add around 100 new jobs in Fannin as well.

O’Neal also received approval to install gates and camera systems at Horseshoe Bend and Tammen Park. The county chose Mountain Valley Systems for the bid of $15,654. Mountain Valley currently runs the security cameras at the other facilities.

Both parks are getting camera systems, but the gate is being installed at Horseshoe Bend.
“Horseshoe Bend is kinda secluded and dark. I think it needs the same attention as Tom Boyd Park,” stated Post One Earl Johnson.

To prevent anyone from becoming stuck in the park after hours, a sign will be put up to warn everyone. They also plan to speak with Public Works to identify a potential turnaround area.