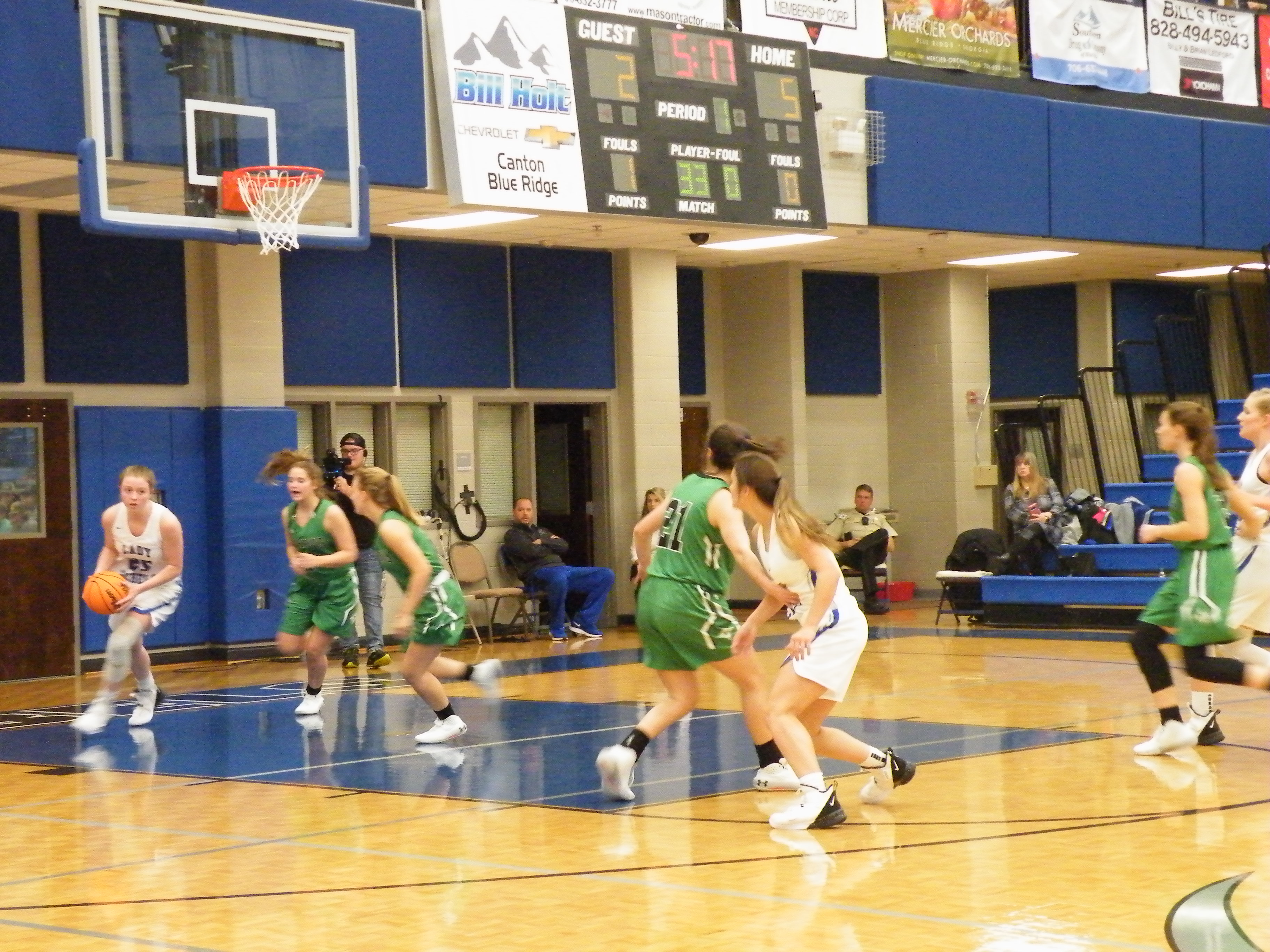 For the second day of the Thanksgiving Tournament, the Pickens Dragons took on the Lady Rebels for the last game of the day. Fannin had just come from a win over Hiwassee Dam and hoped to keep the trend going. 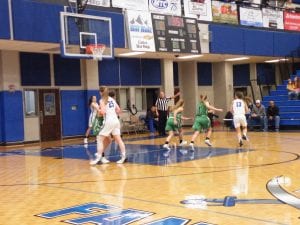 Morgan Holt was the one to jump for the ball and gain possession for Fannin. The senior was the first to put points on the board as she banked a three point shot to give Fannin an early lead. The Dragons quickly responded with a basket on the block to put the score at 3-2. Abby Ledford extended Fannin’s lead with a made layup to put the score at 5-2. With the Dragons trailing behind 7-5, they made a three point shot to tie up the game 7-7. Ledford was the one to get Fannin’s lead back with a made layup. As Abby banked a three point shot, Pickens kept adding onto their score to tie the game 16-16 to end the first quarter.

The Dragons were the first to extend their lead in the second quarter as they pulled up for a shot in the paint. The Dragons applied heavy defensive pressure on Fannin as they executed a full court press. Holt seemed to have luck as she pushed through the defense and made her way to the basket for layups as she led the Rebels in scoring for the night with 25 points. Ledford trailed right behind the senior as she added 24 points to the Rebel’s score. Fannin also had good looks to their posts as  Saidee Collins had rebounds on the block that she would put up to score five points for the night. The Dragons were able to extend their lead over Fannin 42-33 as Holt made two foul shots to end the first half of the game. 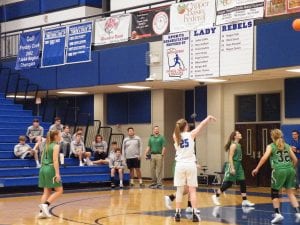 Fannin came to life to start off the second half. They found a fire within themselves that they let burn for the rest of the game. They played with a new kind of intensity as as they started to put the ball into action. Holt made a great shot above the key as she banked a 3 to tie the game 51-51. Olivia Sisson had moves to make baskets and was the one to put the Rebels ahead with a score of 53-51. The post made many rebounds and contributed seven points to Fannin’s score for the night. After the lead, Fannin never looked back. Becca Ledford showed off her speed as she rushed up the court for a layup to put Fannin ahead 59-51. Right before the quarter ended, Natalie Thomas was able to bank a three point shot for Fannin to go into the fourth quarter with a 63-55 lead. 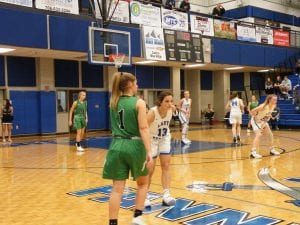 With Fannin driving to the basket and Pickens desperately trying to stop them from extending their lead, the Rebels were able to draw fouls. Reagan York played a great game as she got after it by driving to the basket and drawing fouls. She earned 10 points overall for Fannin, making all 4 of her foul shots.  Jenna Young continued the trend as she contributed a free throw to the Rebel’s score. Mackenzie Johnson showed off her hustle as she rushed down the court to earn a layup and made a foul shot to end the game, leaving Fannin with an 80-70 victory over the Pickens Dragons.

Fannin’s win puts their overall record at 3-1. Catch them tonight as they take on the Gilmer Bobcats for the last game of the Thanksgiving Tournament, starting at 6pm @ FCHS!