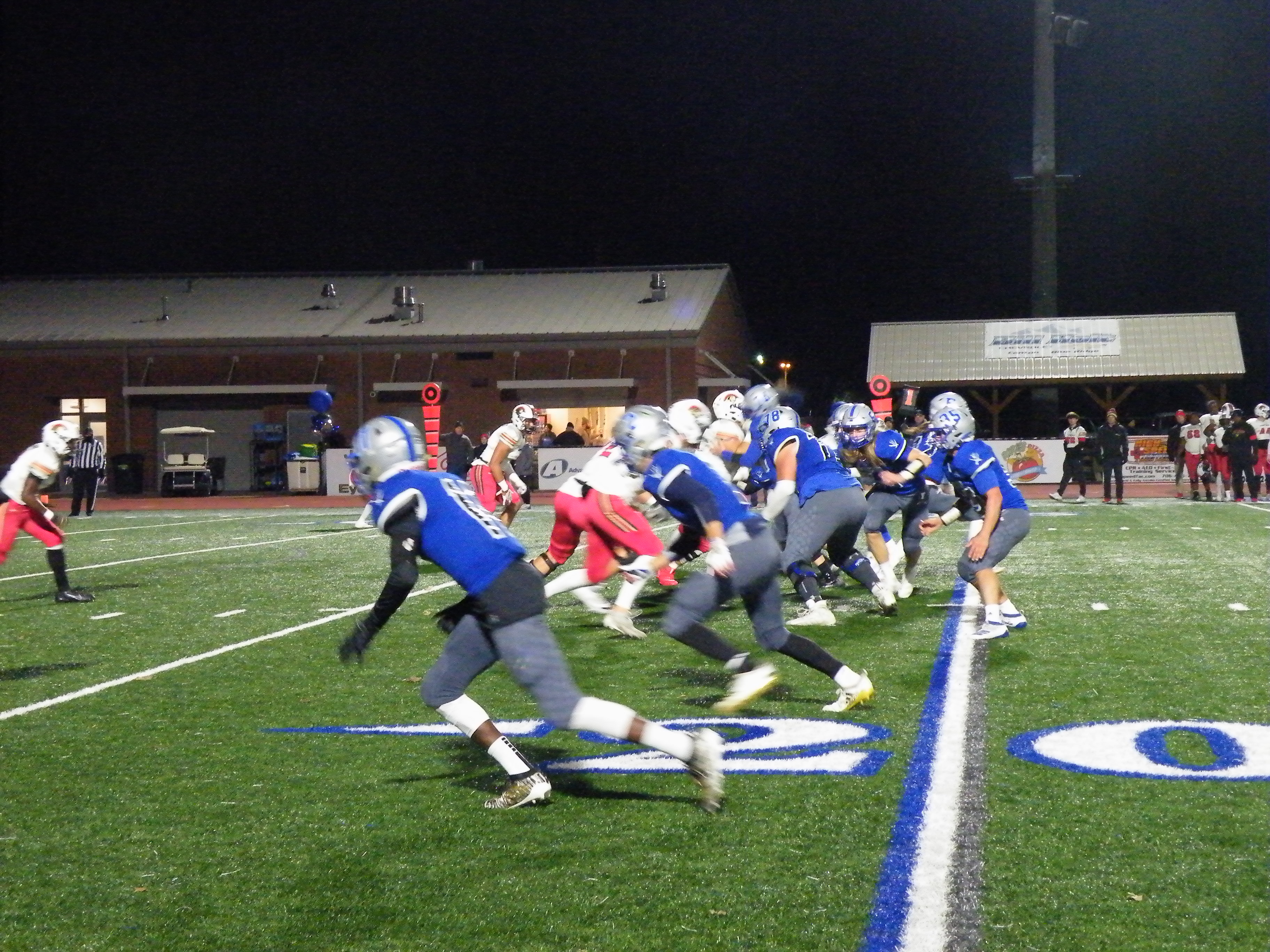 Last night, the Rebel Football seniors played their last game ever on their home field. With high emotions, the seniors stepped out onto the field ready to give their last home game all they had. Greater Atlanta Christian (GAC) received the ball from senior, Sara Sosebee’s kickoff. Micah O’Neal came out ready to play as he earned a big quarterback sack to get things started for Fannin. After Fannin senior Will Mosely made a tackle for third down, James Mercer made a big stop that kept the Spartans from earning a first down. Although senior, Jackson Weeks made a great stop on the play before, the Spartans were able to run the ball in for a touchdown on the next. With a successful extra point attempt, Greater Atlanta Christian led Fannin County 7-0. Senior, Treylyn Owensby, got things started on offense for the Rebels where he made a long run to earn a Fannin first down. Although Owensby and Mosley were able to gain the Rebels yards from handoffs, they were unable to reach the end zone. Seniors, Jakob Tuggle and Miles Johnson had a great night on defense where they applied heavy pressure and made big tackles for Fannin. Despite their good plays, GAC was able to make their way up the field to get in great scoring position for them to be able to throw a pass into the end zone for a touchdown. With the fair kick, The Spartans extended their lead to a score of 14-0. Andre Bivens received the ball from the kickoff where he ran it to the 49 yard line for Fannin to take over. Quarterback, Luke Holloway, completed a pass to Seth Reece for a first down As time on the clock ran out for the first quarter to end, Holloway found himself running the ball for another Fannin first down to go into the second quarter. 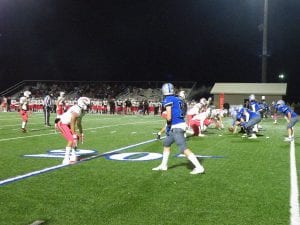 Owensby was the one to get things started in the second quarter as he ran the ball for a Rebel first down. Thanks to a block from Mosley, Holloway was able to carry the ball for another first down. As Fannin made their way up the field, Treylyn ran the ball in for the Rebel’s first touchdown of the night. After Sosebee’s good kick, Fannin trailed behind the Spartans 14-7. It took GAC no time to respond as they ran the ball for 53 yard touchdown to extend their lead 21-7. Bivens was once again on the receive as he ran the ball to the 26 yard line for the Rebels to take over. Owensby was able to get past the Spartan defense and run the ball for a 61 yard touchdown to bring Fannin’s score to 21-14 after Sosebee’s fair kick! From Sara’s kickoff, freshman Carson Collis made the tackle for Fannin. GAC proved to have a great running game as they flew right past the Rebel’s defense and straight into the end zone to extend their lead 28-14. Holloways pass to senior, JoJo Goodwin, earned Fannin a first down. After gaining a few more yards with handoffs to Owensby, GAC was able to hold the Rebels. The Spartans unstoppable offense made their way up the field with no problem and threw the ball into the end zone to extend their lead and end the first half with a score of 35-14.

Bivens received the ball to start the third quarter where he ran it to the 24 yard line. Holloway made a pass to Andre to move the Rebels up the field. On the next play, Mosley ran the ball for  a Rebel first down. The Rebels were unsuccessful making their way to the end zone and hoped to make up for it on defense. Andre Bivens and Campbell Constentino hustled on defense and made a big stop for the Rebels. Seniors Carson Beavers and Ethan Mann followed the trend as they also earned tackles for Fannin. Goodwin had great coverage throughout the night and kept a touchdown pass from being made. Dalton Ross also made his mark on defense as he earned a quarterback sack. The Rebels defense proved to be solid as they held GAC at 35-14 to end the quarter. 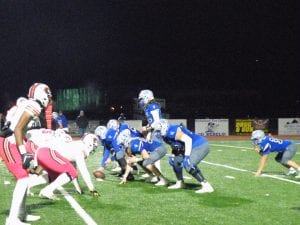 It took no time at all for the Spartans to put the ball into action and run the ball in for another GAC touchdown to put the score at 42-14 after the fair kick. Owensby earned a couple first downs for Fannin until the ball was fumbled from the snap and GAC recovered it. The Rebel’s defense seemed to have it figured out as they held the Spartan’s offense. Freshman, Logan Long, made a big tackle and earned a third down for Fannin. Seth Reece came out of nowhere and caught an interception, giving Fannin another chance on offense! Owensby had a long run for another Rebel firstdown. As Fannin got closer to the end zone, Treylyn ran the ball in for his third touchdown of the night to put the score at 42-21 after Sara’s fair kick. As the clock wound down on the Spartan’s victory, Fannin looked forward to the big week they had ahead of preparing for the state playoffs.

Fannin’s loss puts their overall record at 6-4 and their region record at 3-3. Stay tuned for a date and time that the Rebels will play Cedar Grove High School in the first round of the state playoffs!