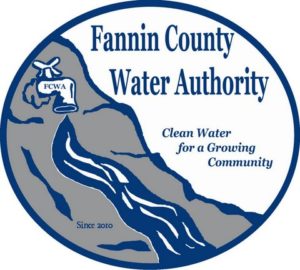 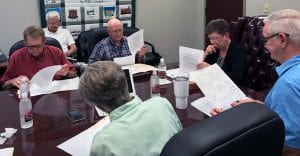 The Fannin County Water Authority will not shut off water to the Blue Bird Road area this week.

BLUE RIDGE, GA – Water to residences in the Blue Bird Road area near the intersection of Hwy. 60 and Hwy. 515 will not be shut off this week, despite other reports.

Residences in the area are expected to be hooked up to the Fannin County Water Authority system by the end of November, according to County Attorney Lynn Doss.

Doss said Sunday, Oct. 27, that the owner of the properties will have them removed from their current water source and connected to the Authority’s system before the end of November.

While the Authority voted Oct. 16 to have water shut off by the end of the month, further discussion with the owner has led to the extension.

Also during the Oct. 16 meeting, the Authority agreed to pay invoices to the Carter and Sloope Engineering Firm and the Doss & Associates law firm.

The approved engineering invoice was in the amount of $12,216.25 for services rendered.

Also during the meeting, the Authority’s General Manager, Mike Sosebee, said that a dropbox for water payments can now be found outside the Fannin County Courthouse.

Sosebee said if you walk up the courthouse steps, the box can be found “to the right of the mailboxes,” and displays the name of the Fannin County Water Authority.

Sosebee said the dropbox was put in place to allow Authority customers who work out of town or are otherwise occupied until after 5 p.m. to make their payments. The Authority’s office closes at 5 p.m. each weekday.

Chairwoman Anita Weaver also announced that the next regular meeting of the Fannin County Water Authority is scheduled for 2 p.m., Nov. 13, at the courthouse. The meetings usually take place the third weekend of the month, but Weaver said the next meeting would be a week earlier to allow for Thanksgiving Day traveling.