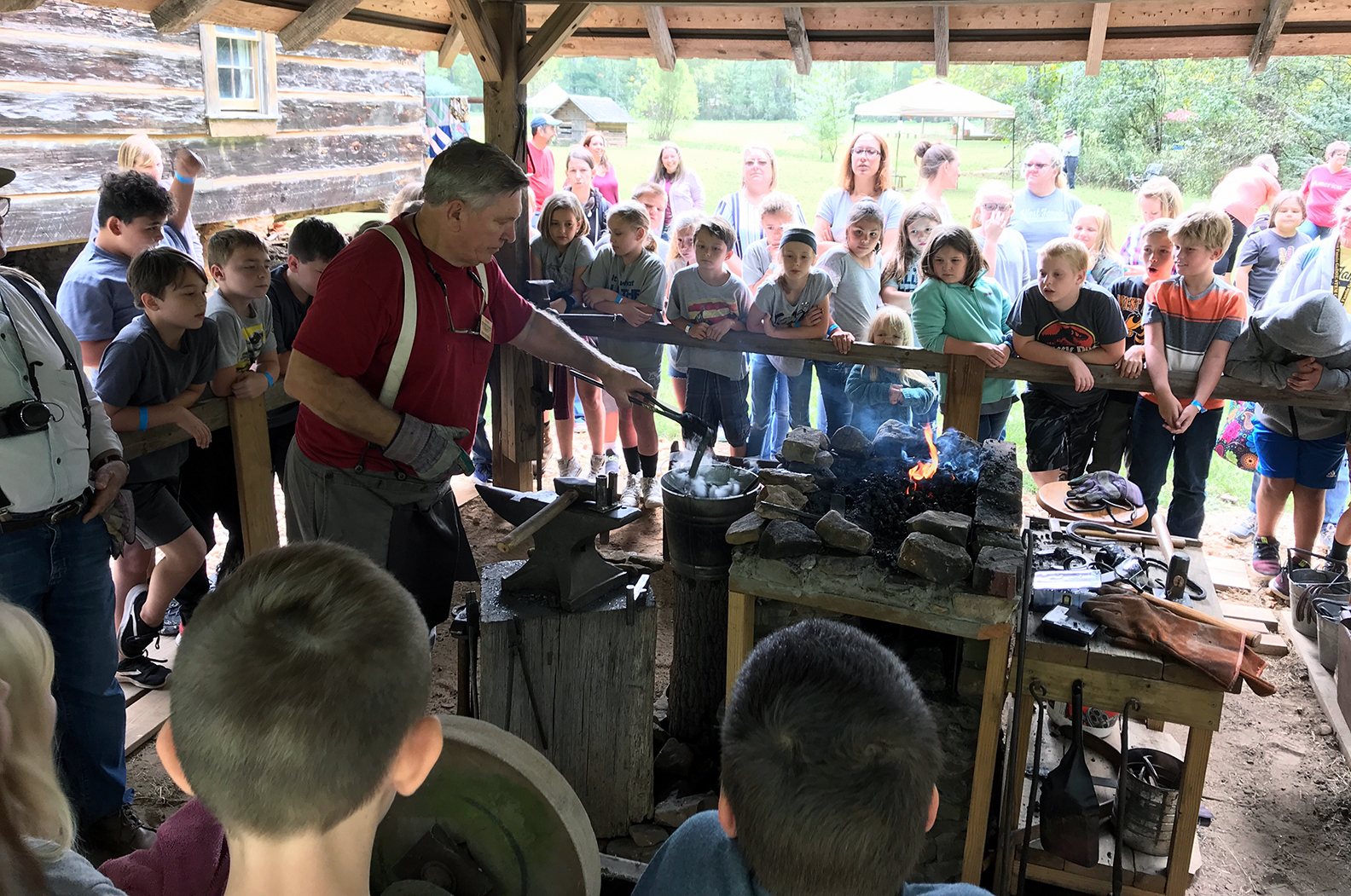 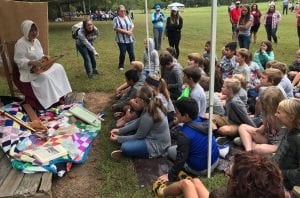 WALESKA, GA – The fourth-grade class at West Fannin Elementary recently got to take a visit to the past during a field trip to the Funk Heritage Museum in Waleska.

The museum hosted an outdoors educational display on the Rhinehart College campus, featuring nearly a dozen individual displays and actors in costume who spoke on various historical events from the history of the United States.

During the event, students were able to visit a replica home typical of the 18th and 19th centuries.

They also got to see a live blacksmith working with metal. The smith created a few common items of the period, such as a hat rack that bolted to the wall, while explaining the details of his craft.

The smith also explained that the term “blacksmith” means a crafter who works with black metal, pointing out that there were silversmiths, coppersmiths, etc.

“That was one of my favorite parts, the blacksmith,” fourth-grader Abby Pickard said.

Considering the blacksmith’s shed was so crowded, the feeling of most of the fourth grade was mutual. 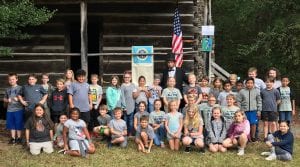 Also during the trip, the West Fannin students received a lecture from a remarkably accurate Abraham Lincoln concerning the Civil War, a lesson in period musical instruments, and the real story of Paul Revere’s midnight ride.

The students moved in two groups throughout the area, which was spread over a field behind the museum.

Fourth graders also visited Benjamin Franklin to learn about relations between England and the colonies and how they led to the American Revolutionary War.

Benjamin Franklin taught WFES fourth graders about relations between England the colonies before the Revolutionary War.